"Hungary is a new voice in the Council of Europe"

"Hungary is a new voice in the Council of Europe" - said dr. Hajnalka Juhász, Commissioner in charge of the priorities of the Hungarian presidency of the Committee of Ministers and corresponding international relations.

On 13 April 2021, the MCC Schools of Law and International Relations hosted dr. Hajnalka Juhász, commissioner in charge of the priorities of the Hungarian presidency of the Committee of Ministers and corresponding international relations for a longer talk about the priorities and their challenges. The talk - open to the students of the two Schools - was co-hosted by Rodrigo Ballester, head of the European Studies Center and Márton Sulyok, head of the Public Law Center.

In the introduction, it was clarified by the panelists that while the EU presidency of the Council of Ministers and the CoE presidency of the Committee of Ministers might seem similar at first sight, in reality there is no such active coordination between the rotating presidencies of the Member States as in the EU. It was agreed that this forces the respective presidencies to fight for and work on their own priorities.

Regarding the Hungarian priorities of the presidency, the hosts took turns first asking Madam Commissioner questions about the ins and outs of the protection of national and ethnic minorities at the intersection of EU and CoE efforts, with special regard to the recent failure of the EU citizens' initiative called 'Minority SafePack'. In her answers, dr. Juhász touched upon the necessity to fine-tune existing mechanisms in terms of the Framework Convention and the European Charter of Regional and Minority Languages, both on which she previously worked at as a national expert assigned to the Council of Europe, before her current responsibilities.

An apparent gap between civic expectations and European answers was also addressed by the panelists not only in light of minorities but also in the context of religious dialogue, connected to the issue of externalized humanitarian assistance to decrease push factors in the affected regions. In this context, dr. Juhász introduced running projects under the aegis of the Hungary Helps program in Iraq and Syria, which she previously headed. She called Hungarian proposals in this field "a new voice in the Council of Europe" and impressed upon difficulties of gaining necessary support. When asked in this context about existing or possible allies in getting the messages about the Hungarian priorities through to CoE decision-makers, dr. Juhász underlined that the summer of 2021 will be a key period in this work as Hungary will assume the presidency of the V4 cooperation in addition to the CoE CM presidency.

In answering students' questions, Madam Commissioner introduced climate protection and cybercrime as further priorities and talked about new channels of educational and academic mobility as priorities in terms of youth protection. 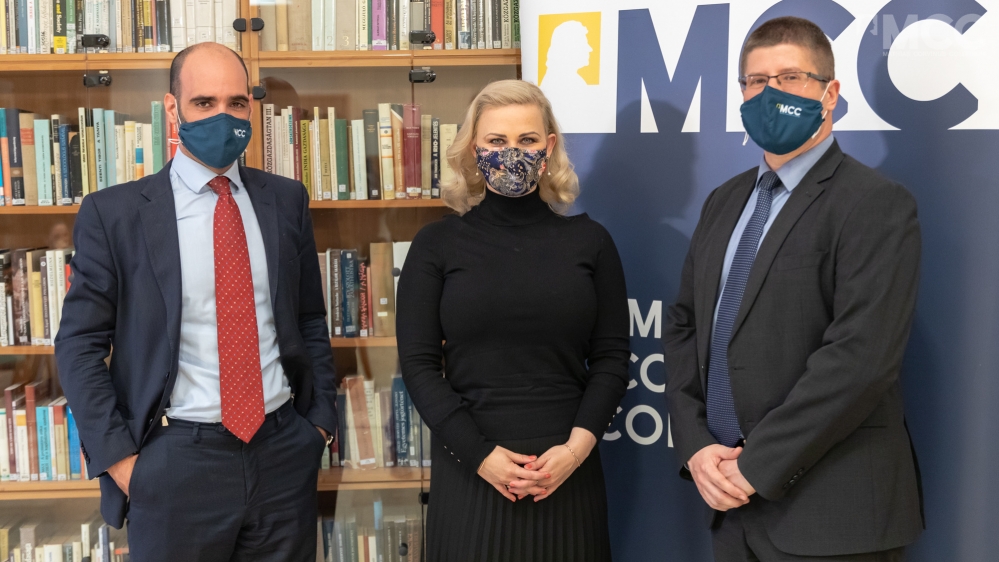 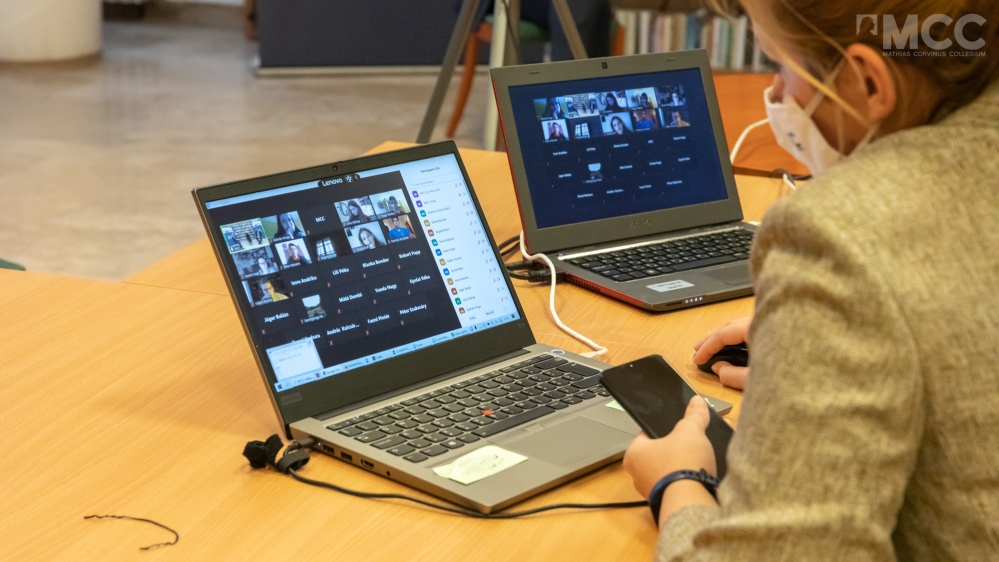 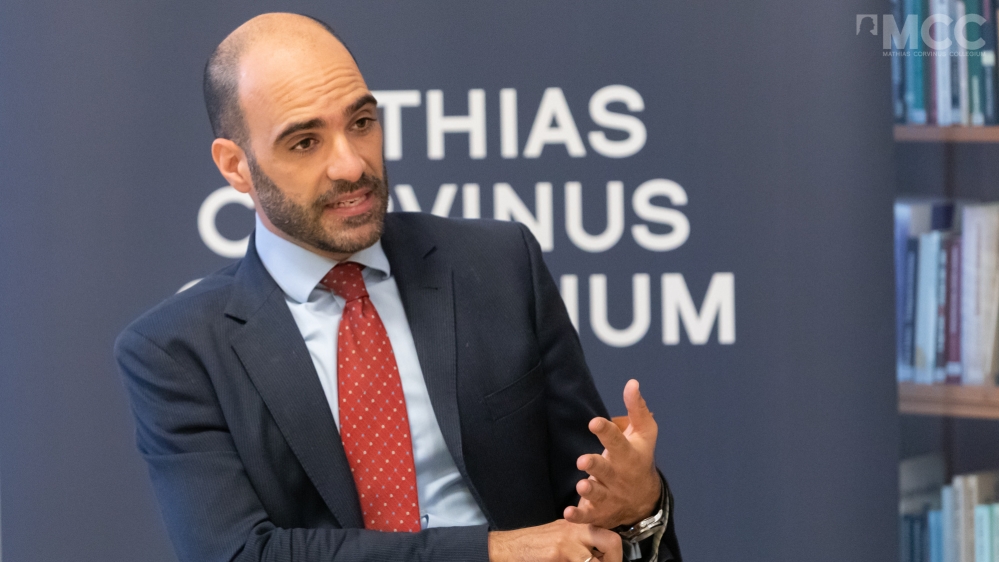 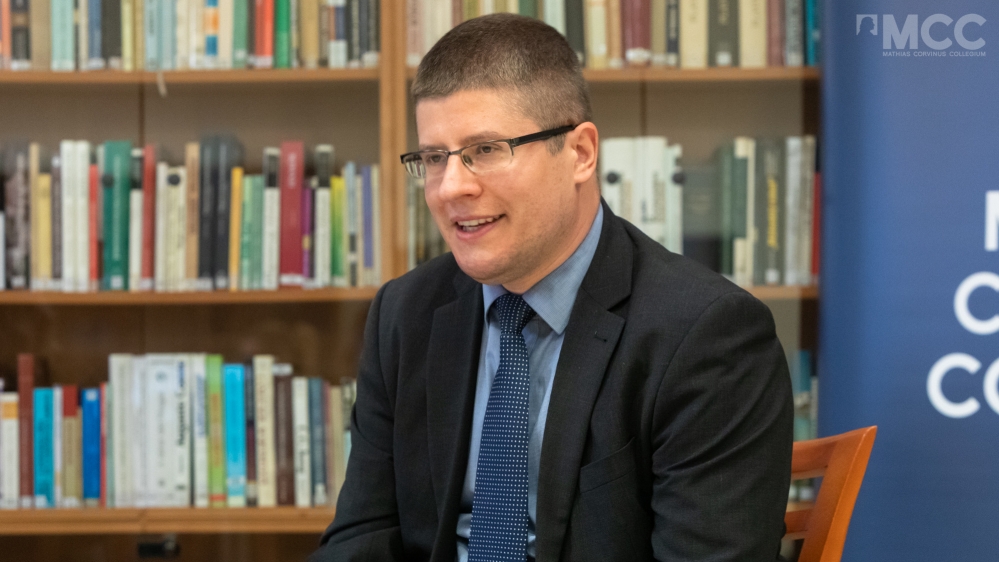 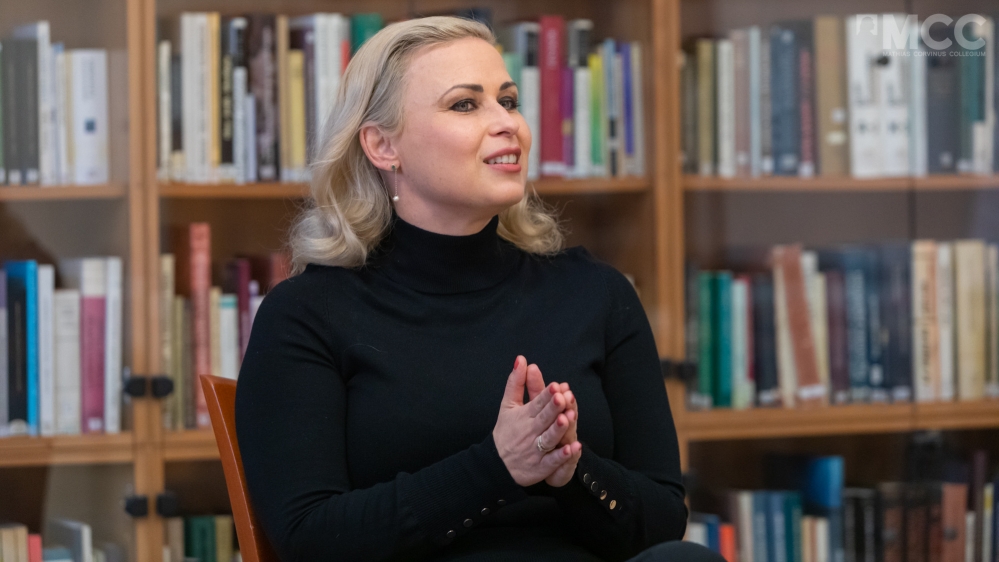