"Dialogue on the Future of Europe: Building a Digital European Union"

On 21 June 2021, in the Delegation Room of the National Assembly, the head of the Public Law Center of MCC Law School, dr. Márton Sulyok was asked to moderate a panel on Digitalization and European citizens, regarding issues of ethical transition in terms of artificial intelligence and online platform and content-regulation.

The panel part of an event organized by the Ministry of Justice and the Ferenc Mádl Institute of Comparative Law under the title "Dialogue on the Future of Europe: Building a Digital European Union".

During the panel, a representative of the European Commission and several professors from Hungarian and foreign (German, French and English) universities talked about a legal and ethical reassessment of the regulation of new and emerging technologies as well as about the European and Member State patterns, traditions and directions of the regulation of online platforms, touching upon e.g. the most recent Polish legislative proposal on the Free Speech Council or the EU Commission's Code of Practice against online disinformation (generally called fake news) that has been continuously developed since 2018. 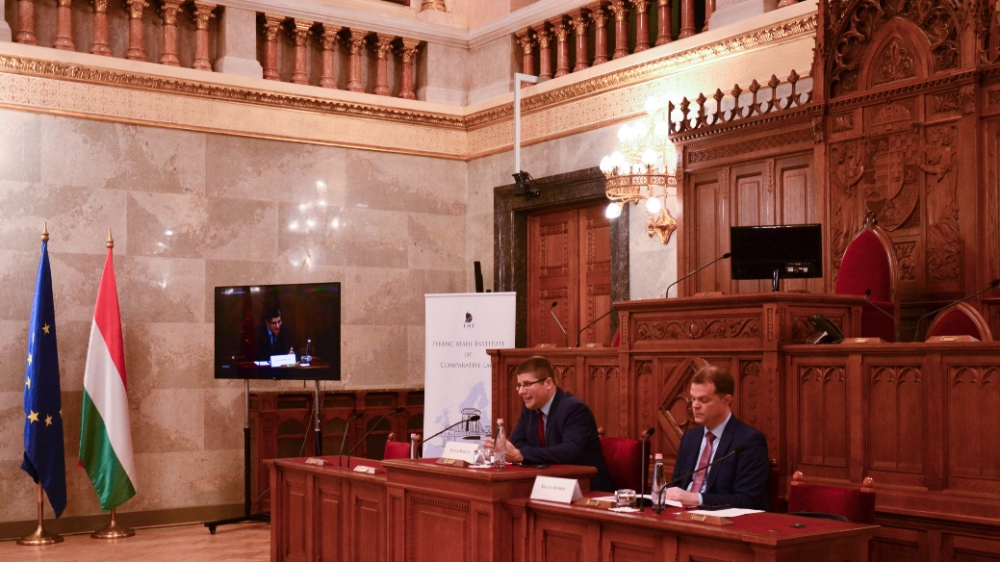