Continuing MCC’s Law School Talks, on April 28th participants had the chance to get to know Dr. Ádám Tóth, president of both Hungary’s Chamber of Notaries and the Council of the Notaries of the European Union.

The event was moderated by Professor Dr. István Varga, head of MCC’s Private Law Section.
At the heart of the talks figured the most important current questions of notarial procedures, such as probate matters, the European certificate of succession, the registration of securities and evidence preservation by notaries public. At the same time, contrary to popular belief, the services of a notary include rather humorous and intriguing situations as audience got insight into the profession via our guest’s anecdotes. It was rather interesting hearing about the couple hundred years old profession’s current national, European and international contexts from the perspective of the CNUE’s president – participants got first-hand opinion and view on several country’s notary procedures.
In an answer to the audience’s question, Mr. Tóth emphasized that with the COVID-19 pandemic arose new challenges during notary procedures as well. Digitalization and electronic administration became standard procedure due to the epidemic, thus enhancing both global and European integration between states.
At the end of the event, audience had the chance to ask questions, and in closing the inspiring conversation, our guest expressed hope for in person reunion in the near future. 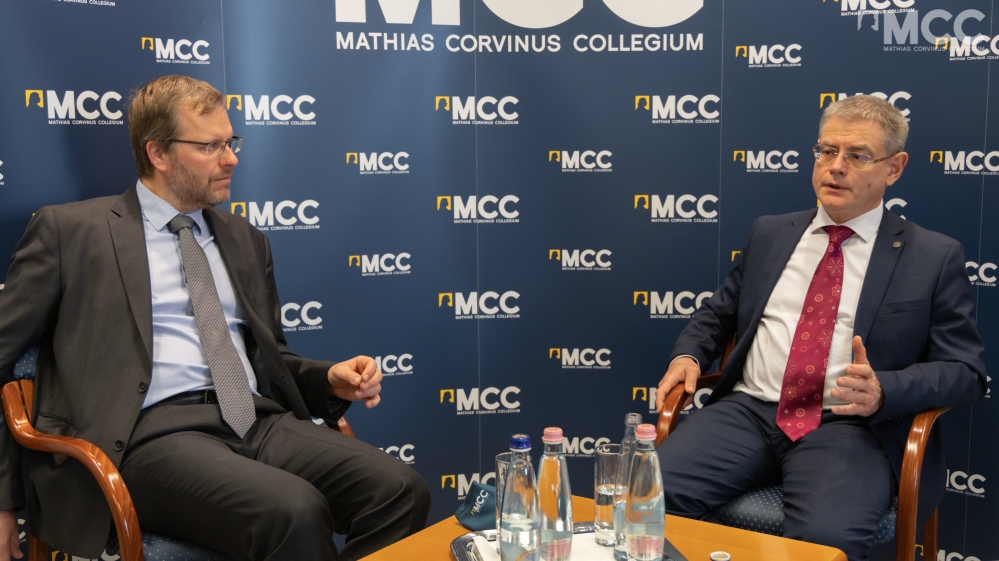