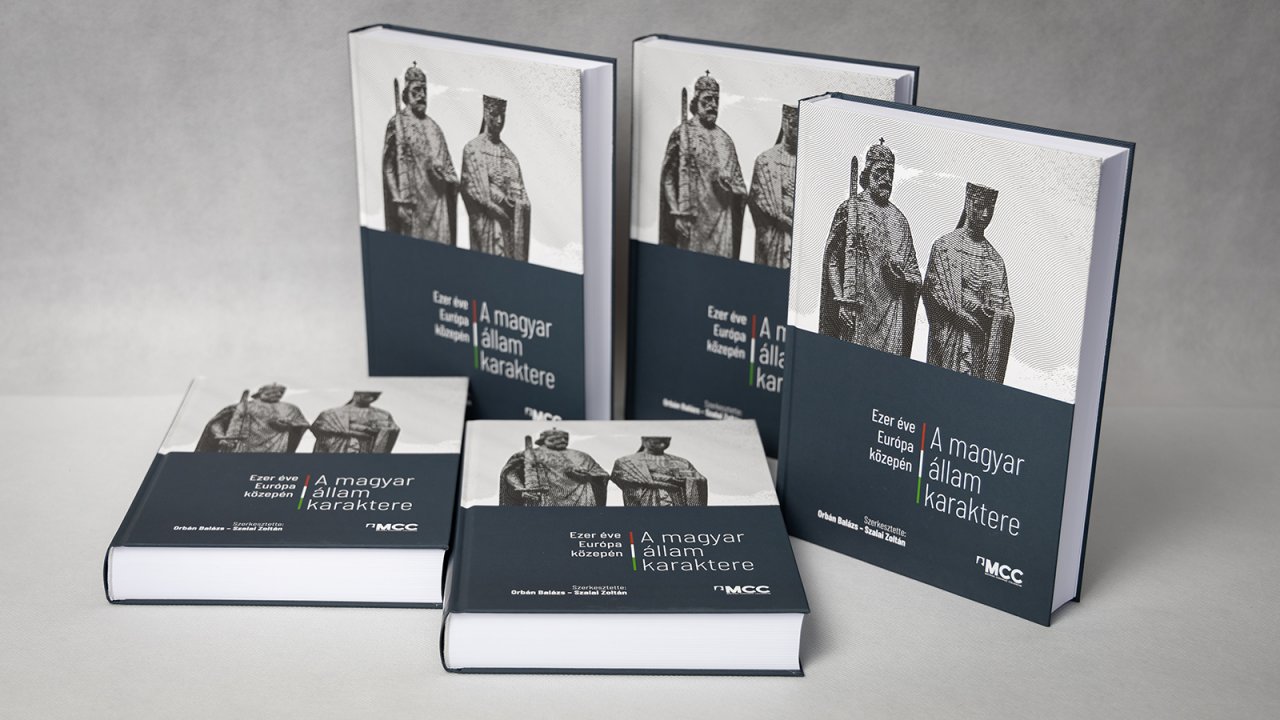 Mathias Corvinus Collegium has been engaged in publishing books since 2008. Initially, we worked as a co-publisher but became autonomous in 2011. Seeing how well-received the books displayed on the bookshelves of stores were, MCC decided in 2020 to significantly increase the number of books published by it and, at the same time, entered into negotiations on acquiring minority shareholding in Libri Publishing Group, the leading Hungarian book publishing and trading company. MCC will provide a wide selection of books through publishing the works on sociology of contemporary Hungarian authors, on the one hand, and – assuming a gap-filler role in Hungary – through the translation of popular international social sciences literature into Hungarian, on the other. In parallel with publishing famous foreign pieces of writings in Hungarian, we devote a great effort to publishing Hungarian books of outstanding quality in foreign languages. Our objective is to present the outstanding intellectual achievements of Hungarians in the Carpathian Basin to the world and make them available to international readers. Our books are published in the highest standards in line with the set of values represented by MCC and respecting the quality assurance principles of the greatest international publishing companies.

Overtaking from the right - The radical right wing in Europe

“Over the past decade, the nature of political competition across Europe has fundamentally changed. In many cases, the old parties were unable to adapt to the changed situation, so new players emerged or rose to the occasion. One of the most serious challenges the European party systems had to face emerged from the right: parties that put national sovereignty at the centre of their policies have been significantly strengthened in many countries, and have even taken power in recent years, from Norway and Finland to Austria and Italy to Slovakia and Bulgaria. In the 2019 European elections, a radical right-wing party also won in France and Italy. Today, names like Salvini, Le Pen or Wilders sound familiar to many. But what lies behind their success? Who are their voters? What exactly do they represent? What do they want to achieve? This volume provides factual answers to these questions using the tools of political science.” 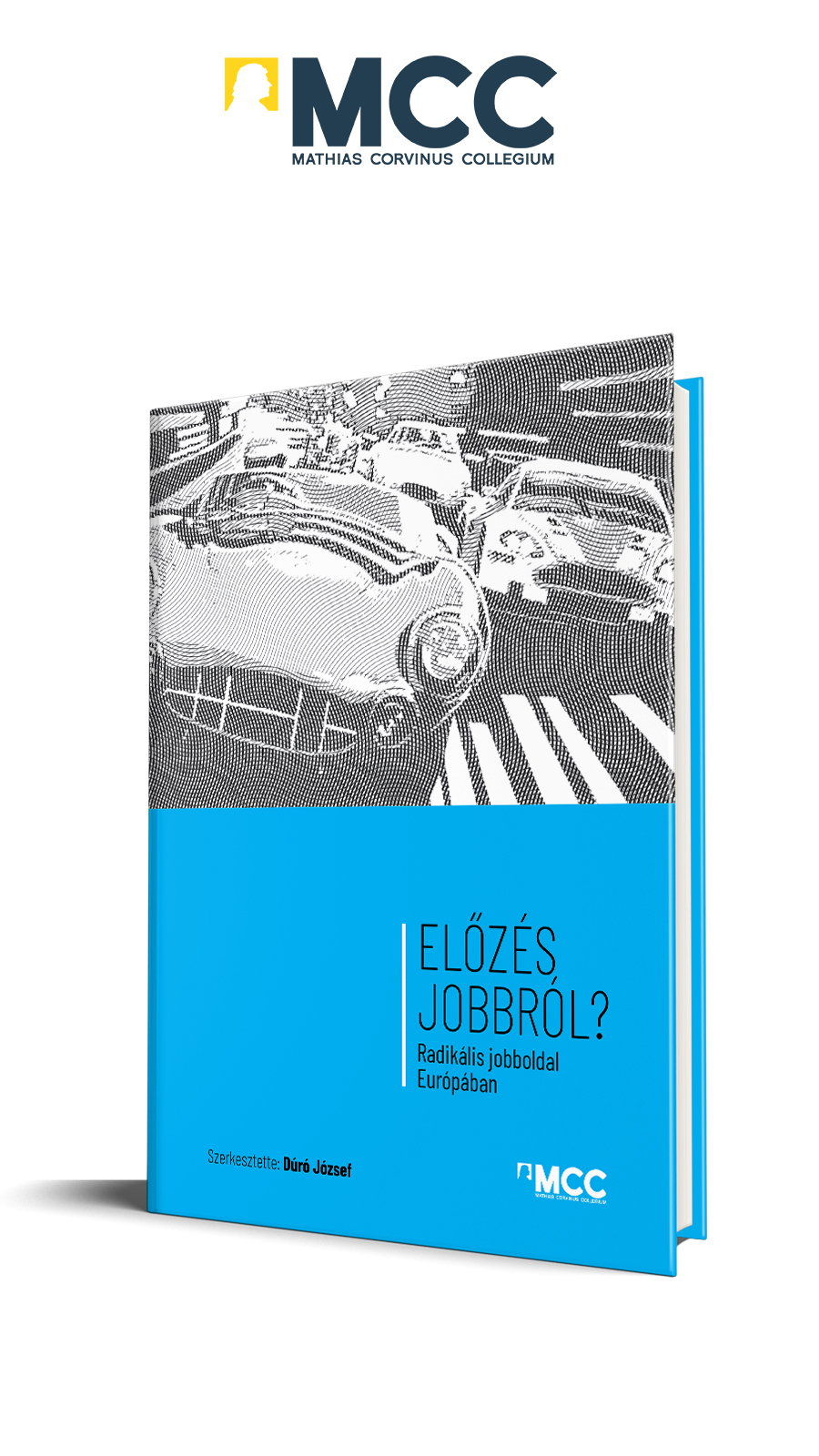 The sharp difference between a hero and a coward lies in that the hero fears and stays while the coward fears and flees”, said Piarist monk Ödön Lénárd who was convicted and imprisoned three times during the communist dictatorship. He is also commemorated in the book revealing the fate of sixty people of various characters. The members of the resistance to Nazism, those fighting against communist takeover, the revolutionists and freedom fighters of 1956, as well as Hungarian priests, politicians and intellectuals from Hungary, Transylvania, Subcarpathia, Délvidék (southern territories of the former Kingdom of Hungary) and Upper Hungary all exerted great efforts to save lives during the holocaust. Among them were aristocrats, simple peasants, a Transylvanian bishop and a journalist allowed to join the communist party despite his age later growing increasingly distant from it.

The vast majority of those described in the book are still unknown to the general public. By publishing their portrait, we also settle old scores to preserve the memory of those who stood up for us. The volume edited by Gergyely Czókos, Réka Kiss, Áron Máthé and Zoltán Szalai and published by Mathias Corvinus Alapítvány (foundation) in cooperation with the Committee of National Remembrance and Mandiner.hu gives an illustrated account with high-quality photo documentation and numerous recounts of the lesser known history of the 20th century. 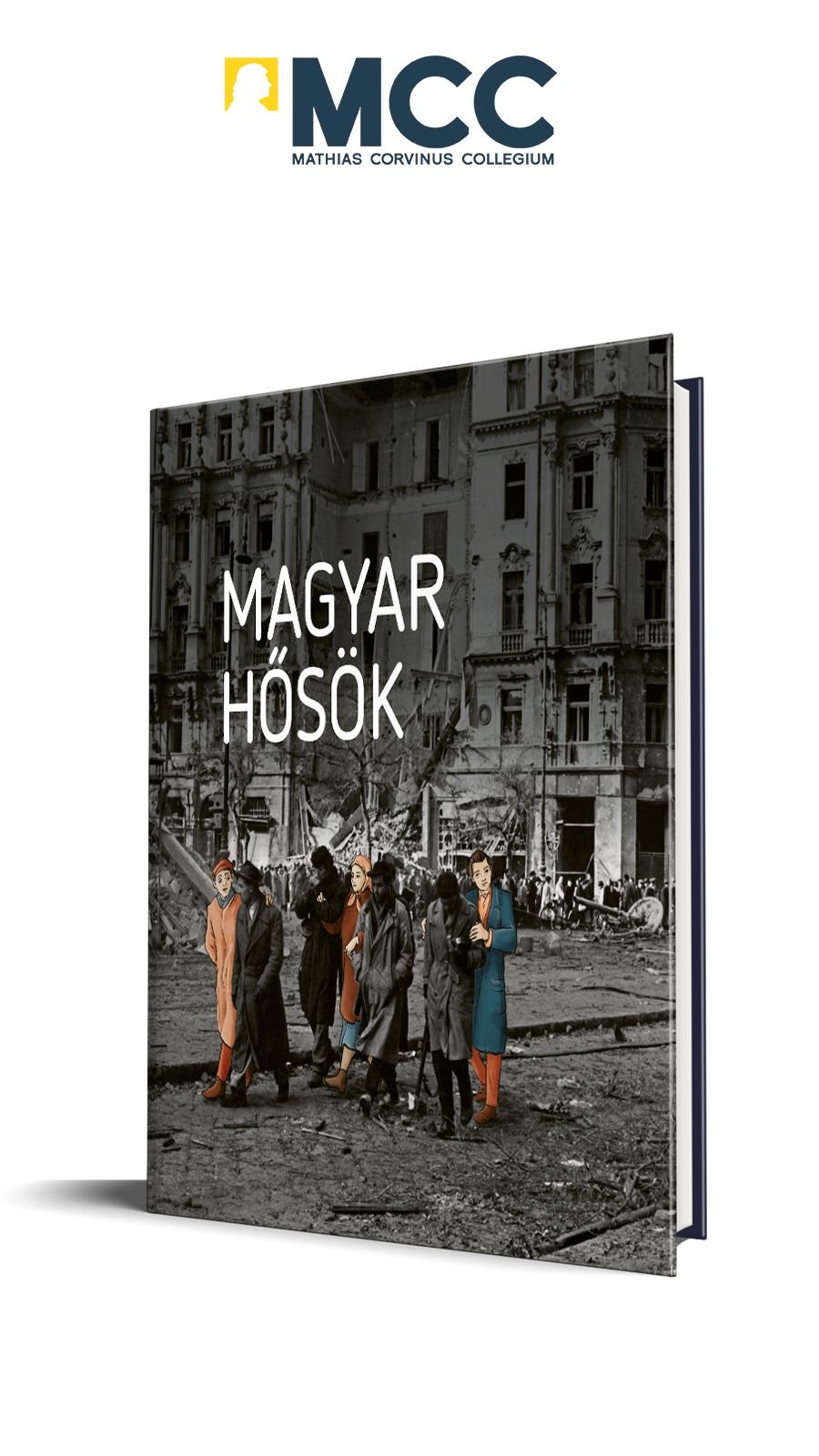 A Thousand Years in the Middle of Europe: The Character of the Hungarian State

The present volume attempts to unravel and visualize these layers separately. That is why it examines the Hungarian legal system, politics, language, music, and the everyday life of Hungarian citizens in a scientific manner in order to get to the essential element hidden deep within these layers. The work, which spans historical ages, aims to continue the enterprise of Gyula Szekfű and his co-authors at the end of dualism and to supplement it with the experience gained since then. In the process, well-known and renowned Hungarian and foreign contemporary authors publish in their high-quality studies what is worth knowing about the Hungarian state.” (states the blurb of the volume)

The authors of the volume include Tamás Sulyok, President of the Constitutional Court, Gergely Gulyás, Minister of the Prime Minister's Office, László Trócsányi, former Minister of Justice, Attila Horváth and András Zs. Varga, justices of the Constitutional Court, József Szájer, MEP of Fidesz, as well as László György, State Secretary for Economic Strategy and Regulation. The editors of the volume are Balázs Orbán, Parliamentary and Strategic State Secretary, and Zoltán Szalai, Managing Director of MCC. 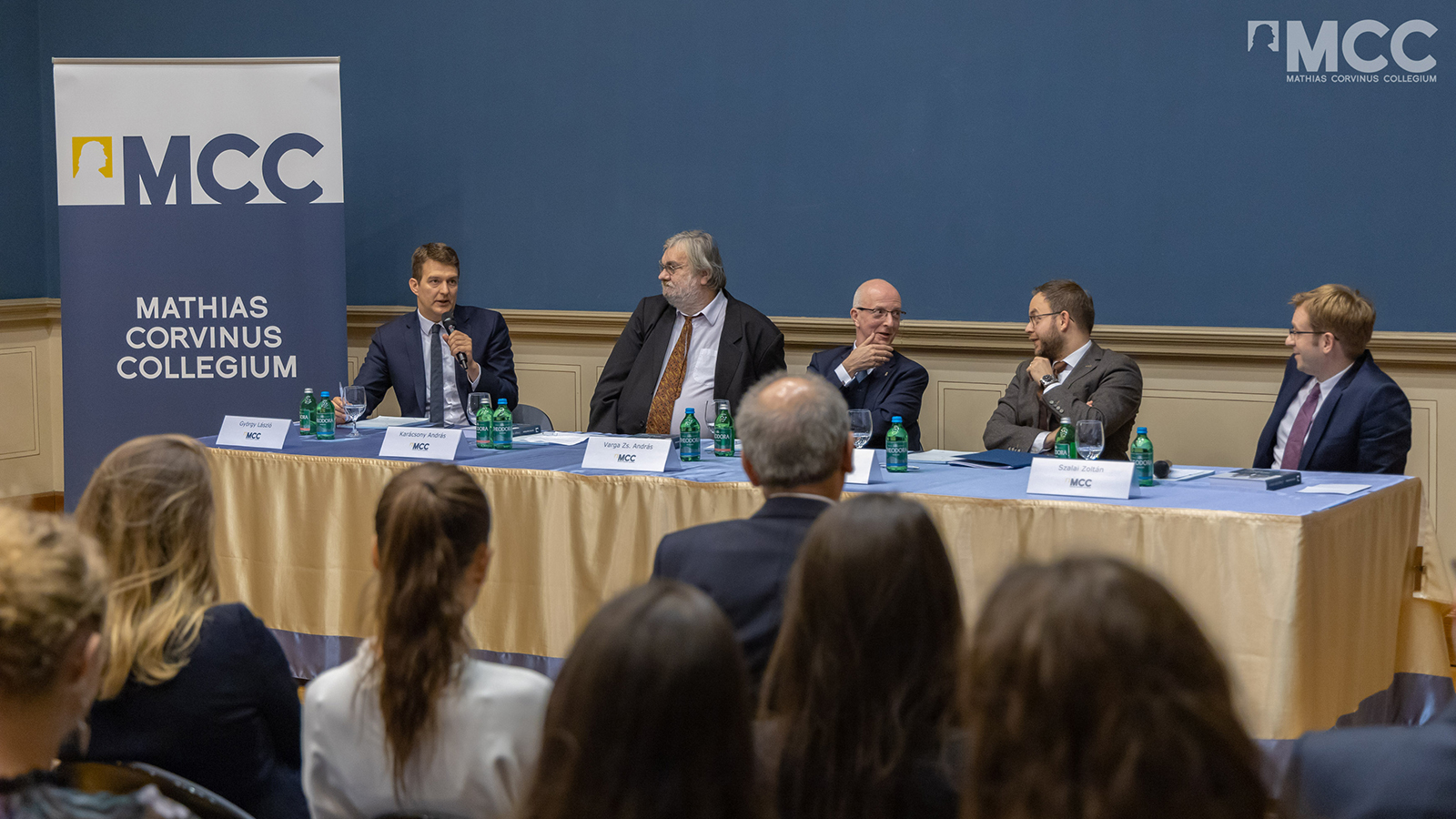 Participants of the round table discussion entitled A Thousand Years in the Middle of Europe are: László György, András Karácsony, András Zs. Varga and Balázs Orbán, moderator: Zoltán Szalai

„[…] the different positions of today’s debates reflect the variant centuries-old experiences. However, the solution is not to dissolve the diversity of the peoples of Europe in a neutral, soulless, gray mass, but rather to get deeper acquainted with the motives that fundamentally determine the thinking of another nation regarding its own statehood.”

"The Hungarian state can only be successful if it is based on Christianity and the nation."

With the unique scientific enterprise of the publication of the Hungarian Political Encyclopaedia, our goal was to present certain concepts (often taken on without deliberation), historical events and the characters involved in a clear way. As our political debates often culminate in the perception of historical events, phenomena, or individuals, the authors have also sought to prudently address these often delicate, difficult-to-process issues. The work is encyclopaedic in that it seeks to shed light on all issues affecting Hungarian political life. The editors and authors of the volume have sought to make our concepts used in our public lives comprehensible to all interested readers.

The work of the six-member editorial board (Gergely Egedy, Tamás Gusztáv Filep, András Karácsony, Miklós Király, Balázs Mezei, Sándor Pesti) and more than 80 authors was edited by Péter Pásztor, editor-in-chief; the volume was published by Mathias Corvinus Collegium - Tihanyi Foundation with the support of the Foundation for a Civic Hungary and the István Barankovics Foundation. 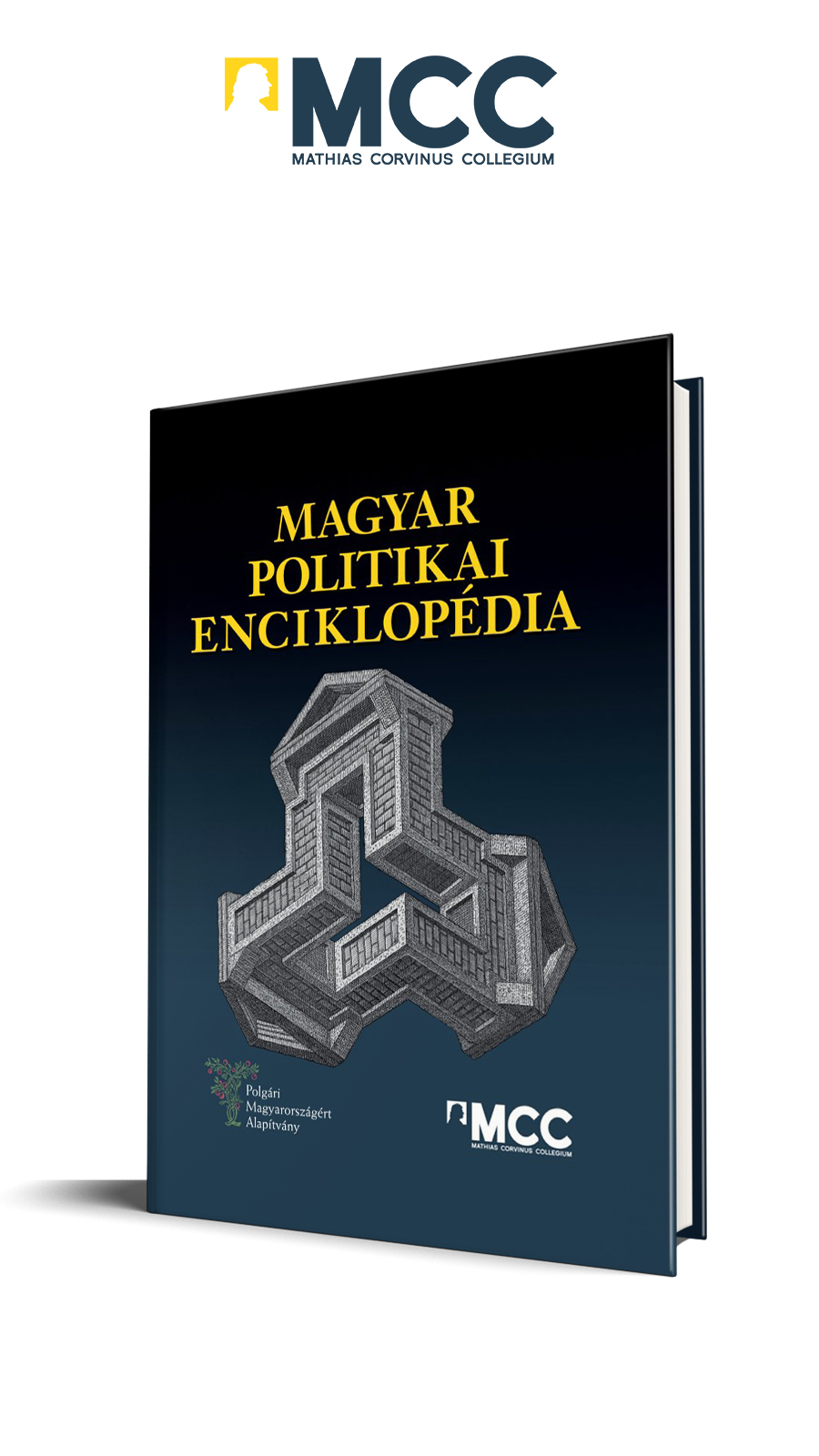 A changing minority. Hungarian youth in the Carpathian Basin. Results of the GeneZYs 2015 research

In July 2017, our joint publication with the Institute for Minority Research of the Hungarian Academy of Sciences came out, covering the values, future, relationship and worldview of Hungarian young people living across our borders. It is titled: The Changing Minority - Hungarian youth in the Carpathian Basin - Results of the GeneZYs 2015 Research. The results of the representative youth sociological study focusing on young people in the Carpathian Basin are presented in the volume, supplemented by other studies integrated into the international and Carpathian Basin context of youth research. 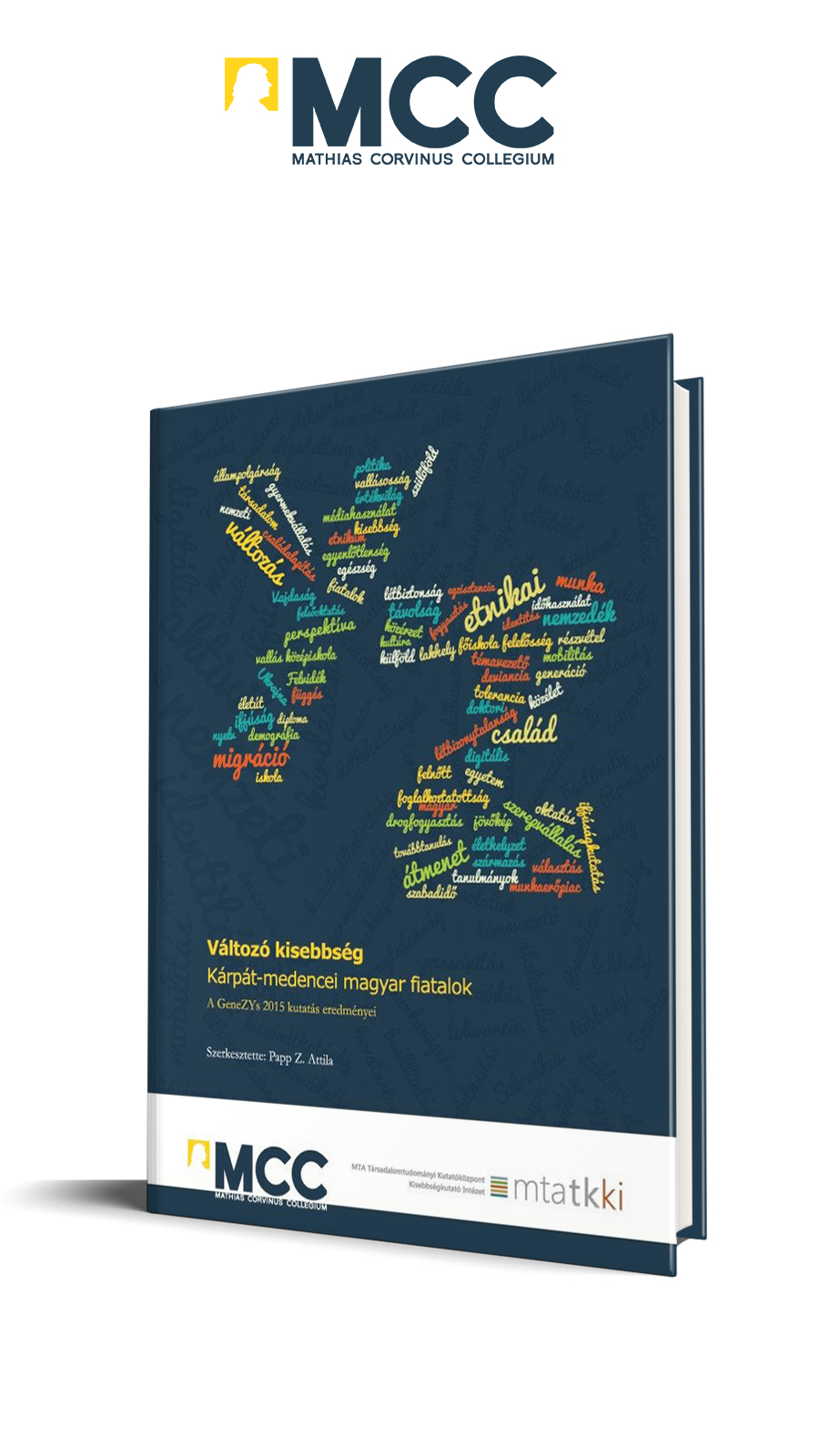 In May 2017, we published Herman van den Broeck and our visiting professor of the Leadership Academy, David Venter’s Stepping stones to happiness - Creating balance which targeted a wider readership. This time, with the help of examples from everyday life, philosophical content and the wisdom of Eastern thinkers, the professor and co-author who teaches negotiation techniques at MCC gives us a compass for a journey that ends in happiness. 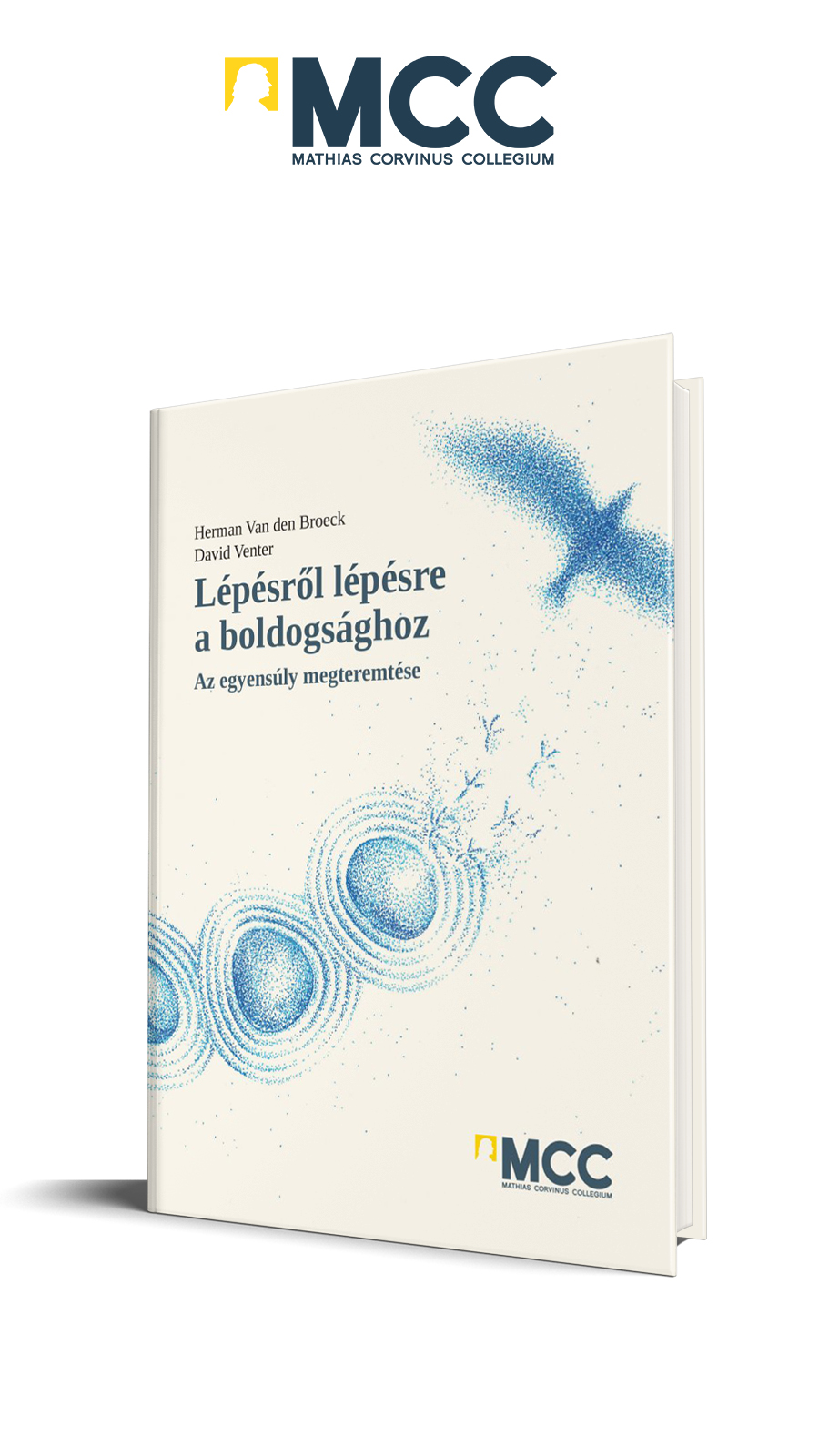 The first foreign language publication of John D. Mueller's work: Redeeming Economics, Rediscovering the Missing Element, was in Hungarian. The volume revolves around the question of how to combine the commitment and the will to act for communities of different sizes (such as the family, the business, or the political community) as well as the freedom of the individual and the opportunities offered by free markets. 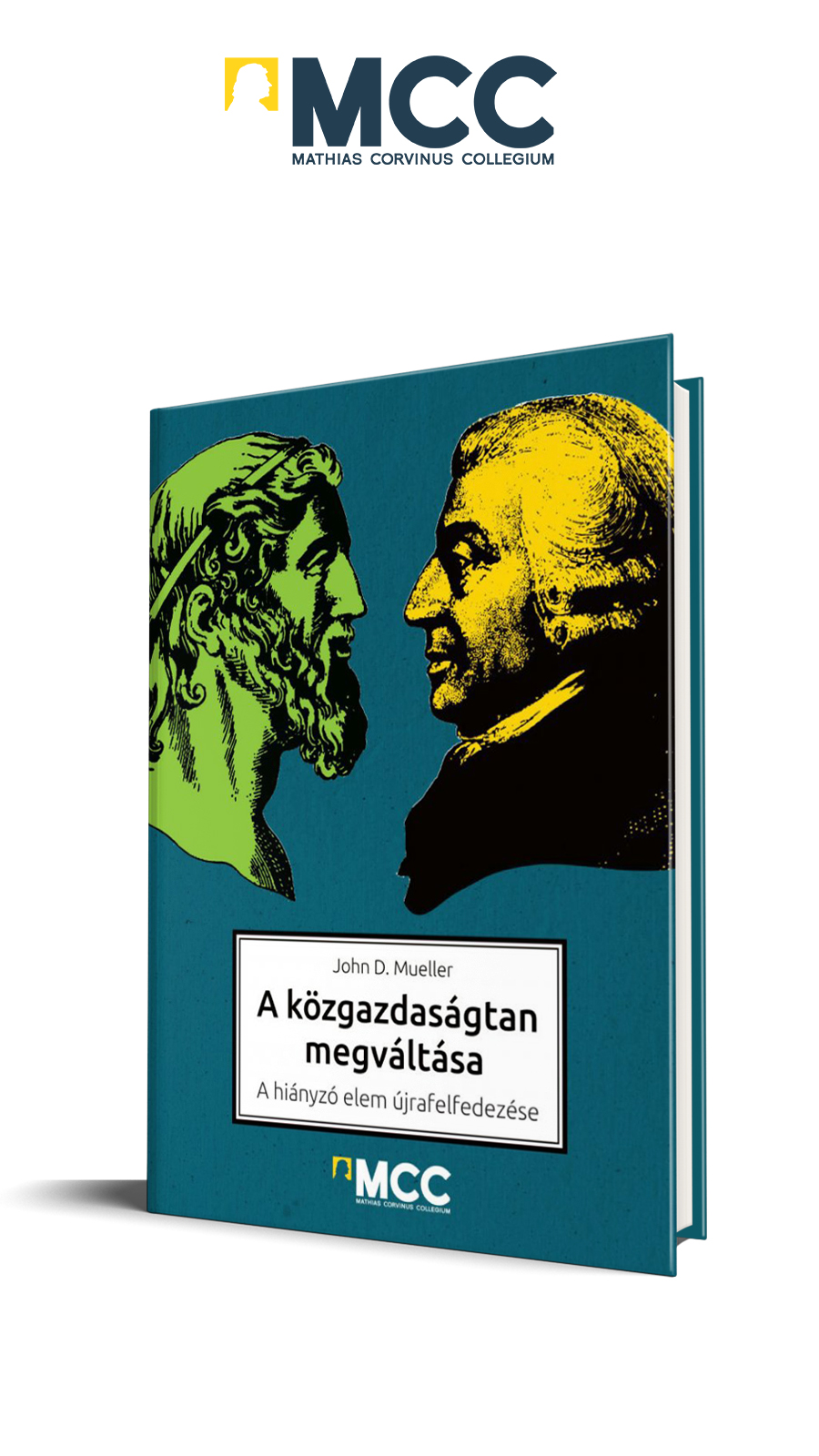 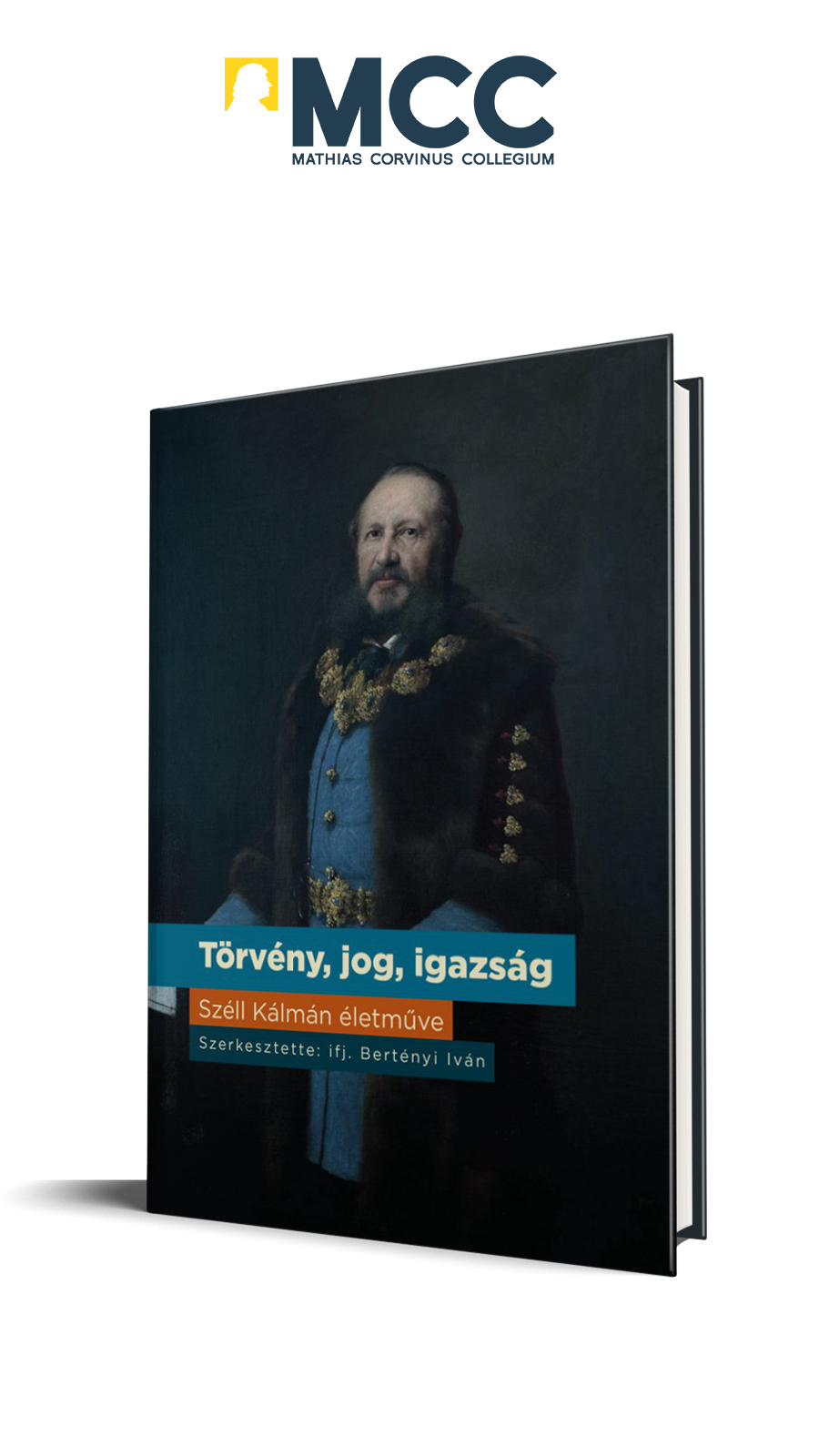 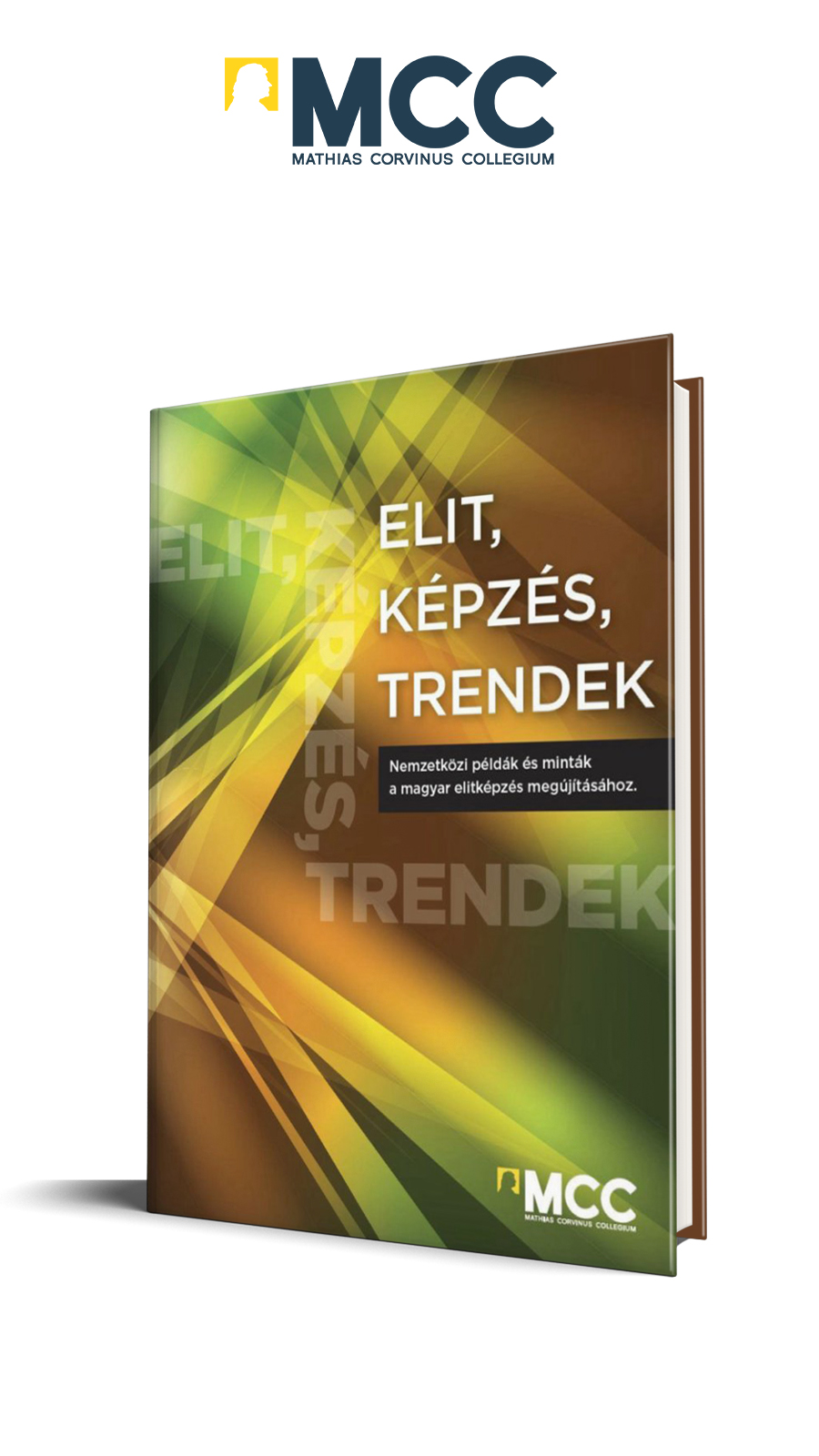 Alexandre Lamfalussy. The Wise Man of the Euro

The Hungarian translation of the interview volume of Ivo Maes, Sabine Peters and Christophe Lámfalussy, titled "Alexandre Lamfalussy. The Wise Man of the Euro" was published in 2014 by MCC. Through questions from economist Ivo Maes, economic historian Sabine Petres and journalist Christophe Lamfalussy, we get a glimpse into the everyday life and the life-changing events that befell on our compatriot who has uniquely become one of the top European decision-makers and has become one of the most influential players in the international financial world. 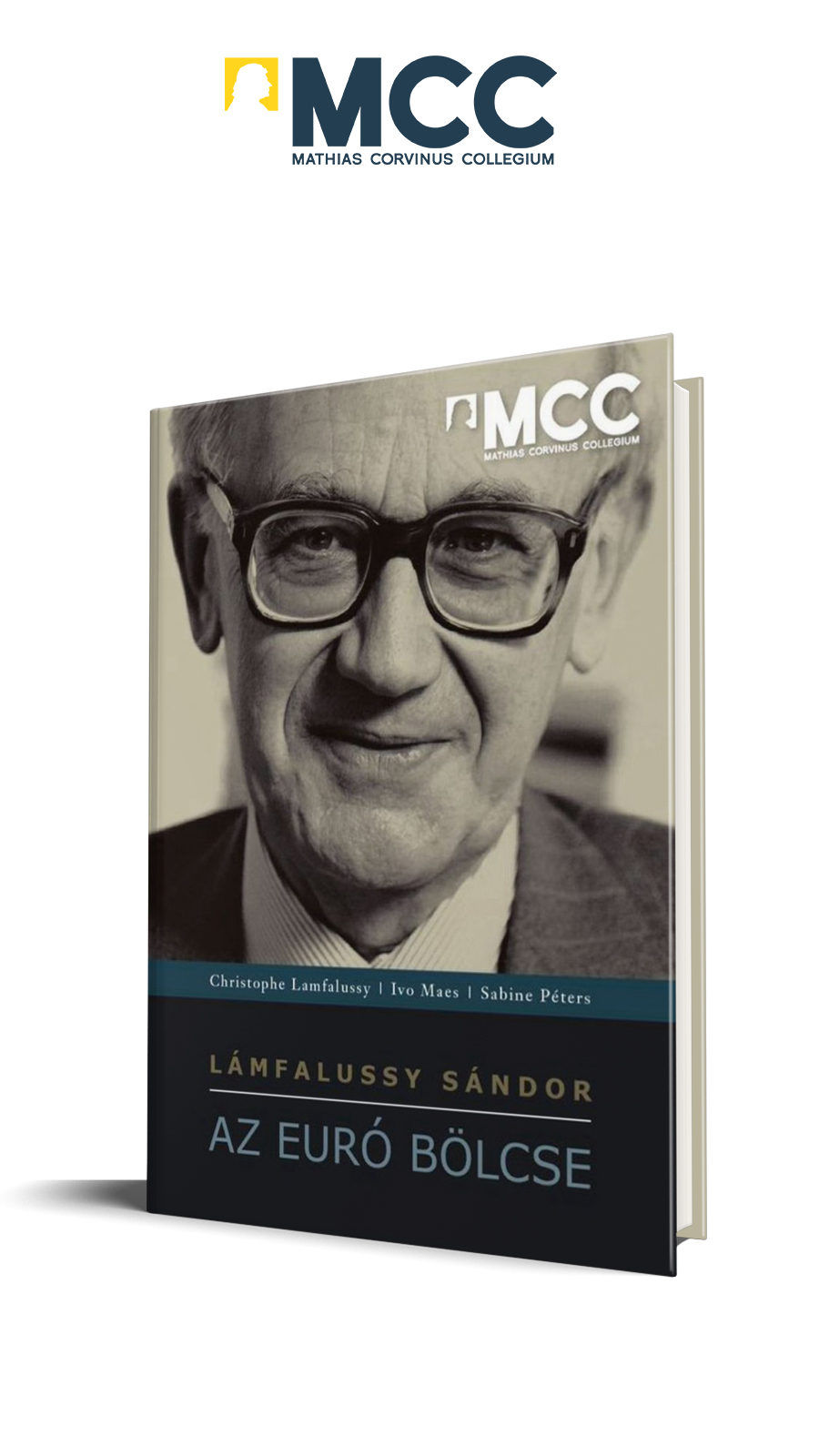 Our alumni, László Stachó and Bálint Molnár, published a study volume titled Media Violence: Facts, Myths, Debates, which seeks to analyse, interpret, and understand  the phenomenon of media violence instead of rejecting it without consideration and deeper exploration. 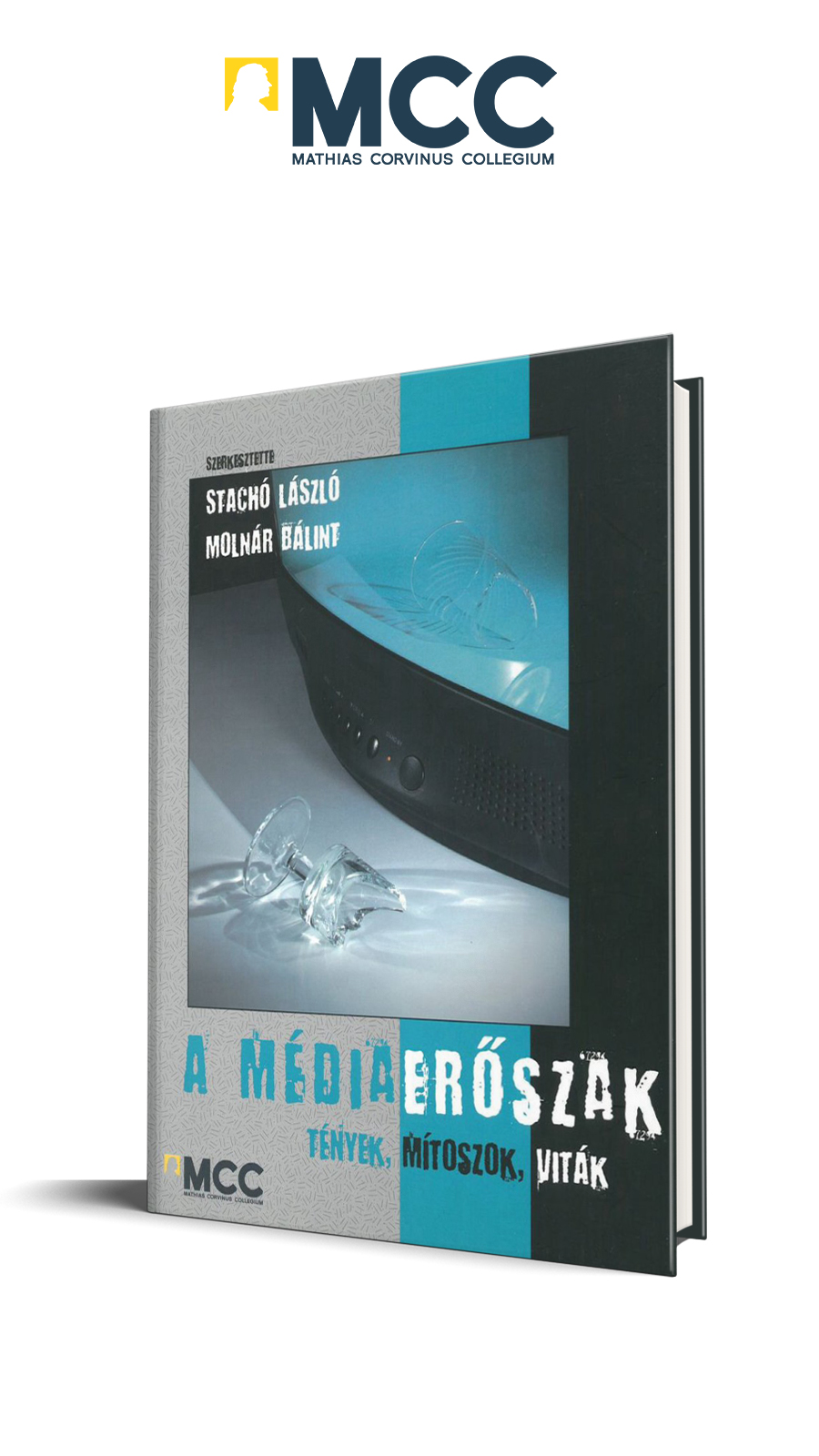 Higher education in Hungary and in the world: Trends and Opportunities

Our publication "Higher Education in Hungary and in the World: Trends and Opportunities" provides an overview of Hungarian and international education strategies, leadership training and education management with the involvement of prominent higher education researchers and lecturers. Our bilingual volume, Leadership in Times of Crisis, summarizes the material of our international conference held with a similar title. In the two volumes of the MCC Knowledge-base so far, current and graduate students of the Mathias Corvinus Collegium have been given the opportunity to publish, and with the MCC Leadership Reader, we intended to create an anthology for students in our Leadership Program with publications by professors from the world’s leading business schools and leadership trainers, that our students could use during the two-year MCC Leadership Program. 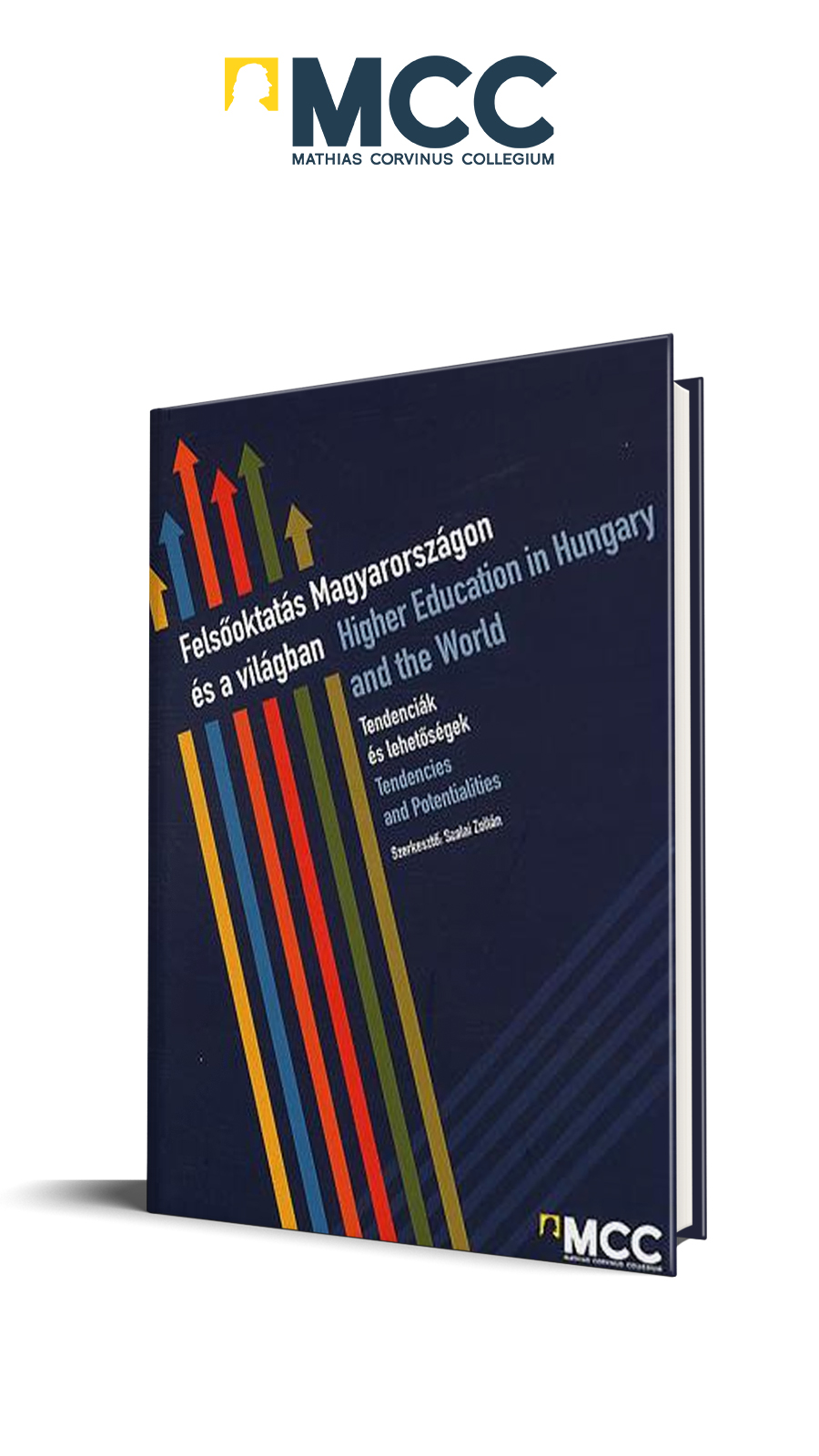 In 2008, we published Alexandre Lámfalussy's book: Financial Crises in Emerging Markets together with Akadémiai Kiadó. Our students at the time (who have become successful alumni members since then), translated the lectures given at the Yale University and Xenophon Zolotas lectures in Athens, which are the subject of the volume. In this book, Lamfalussy examines the relationship between financial globalization and the vulnerability of the international financial system through an analysis of four major crises affecting emerging markets and the dot-com bubble. 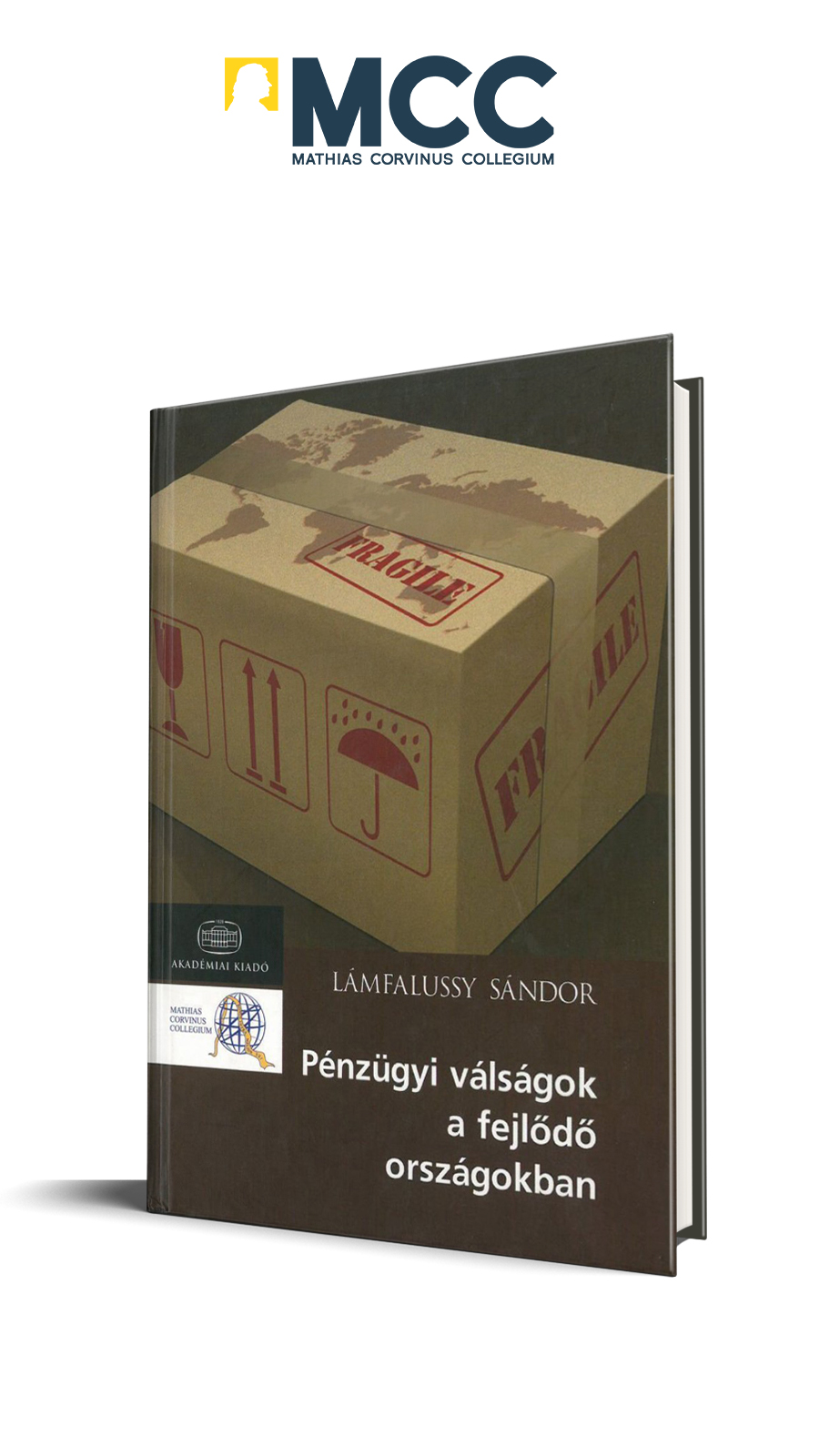