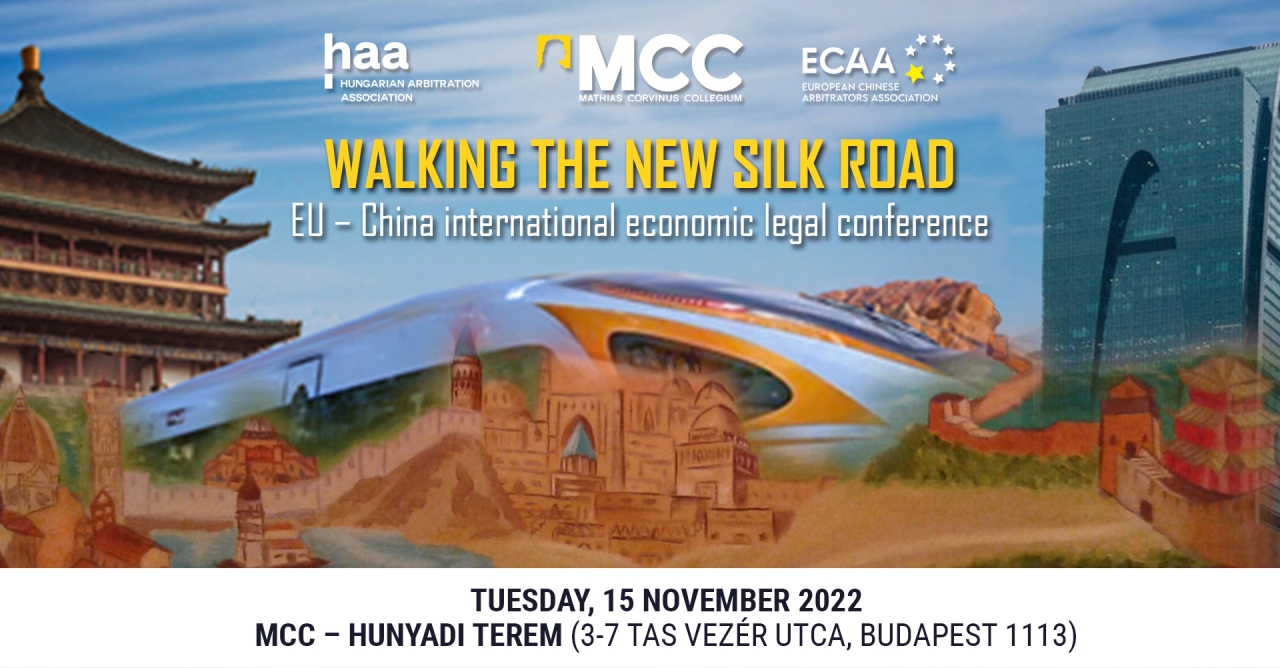 The legendary “Silk Road” was once a 6500 km long caravan track that linked China with the Roman Empire. It functioned as a crucial trade route that carried valuable goods and ideas between the two great civilizations and allowed a highly lucrative commercial relation to develop and flourish. One of the major objectives of the Belt and Road Initiative (BRI) is to revive this ancient legendary route as well as the business opportunities it used to offer. The highly ambitious BRI undertaking aims to improve the physical and digital infrastructure along the old “Silk Road” in order to promote economic co-operation and enhance trade and investment flows inter alia between European States and China. With estimated investments of 900 billion USD, the BRI’s implications range across economic, geopolitical and legal dimensions. The Mathias Corvinus Collegium, in cooperation with the European Chinese Arbitrators Association (ECAA) and the Hungarian Arbitration Association (HAA), is proud to host the “Walking the New Silk Road” conference to address and explore some of the many complex economic and legal implications of the BRI, as well as the role and importance of dispute prevention and resolution in relation to the BRI strategy between Europe and China. The conference will take a cross-cutting approach to these issues and bring together stakeholders from the public and private sectors as well as academia.

She is an assistant professor at Essec Business School (Paris and Singapore). She is the president of the Hungarian Arbitration Association and sits on the International Advisory Board of the Vienna International Arbitral Centre of the Austrian Federal Economic Chamber (VIAC). She acts as counsel in investment and commercial arbitration as well as arbitrator in commercial disputes.

Lénárd Sándor, MCC, Head of the Center for International Law

He is the head of the Center for International Law at the Mathias Corvinus Collegium. His primary research interests include international economic law along with the international legal approach to economic globalization and the question of public interest regulation.

She is a founding partner of MP Attorneys in Vienna and Nivalion’s Senior Advisor for Asia & Pacific. As one of the founding members of the European Chinese Arbitrators Association (ECAA), Alice is currently chairing the ECAA. She has been advising Asian investors on outbound investment projects for over a decade working at multinational law firms. She has a well-established track record with cross-border disputes involving Asian parties, including on enforcement procedures of arbitration awards in China. Besides representing clients in arbitration proceedings, Alice also acts as independent arbitrator.

He is a Professor for Civil Procedure Law and General Procedural Law at the University of Hamburg. His main fields of research include civil law commercial and company law competition law civil procedure; specifically, insolvency law and arbitration.

She is a partner at the Weber & Co., a leading Austrian law firm that provides services in the area of business law. She has a well-established track record in representing clients in commercial arbitration proceedings and court litigations.

He is a recognized specialist in the fields of mining, energy and natural resources law, and in international, commercial and investment arbitration, and OHADA law. He teaches at Paris II – Panthéon-Assas University, where he co-leads a university diploma dedicated to economic international law in Africa.

He is the head of the Center for Private Law at the Mathias Corvinus Collegium and also the head of the Department of Civil Procedure at the Eötvös Loránd University. He is a practicing lawyer specializing in private dispute resolution, and an internationally recognized authority in civil litigation and arbitration.

He is a special counsel at the DLA Piper, Budapest. He has expertise in cross-border and domestic insolvency law, complex international and domestic litigation and arbitration. He focuses on advising companies in turnaround periods as well as in insolvency related avoidance actions and in liability proceedings.

He is a partner at the Global Law Office, Shanghai. His practice focuses on dispute resolution, intellectual property, compliance & risk control, debt restructuring & corporate liquidation/bankruptcy, shipping and real estate & construction. He has represented many of the world’s leading multinational companies and international financial institutions before Asian and other arbitration fora.

He has been the head of the Trade Policy Department at the Hungarian Ministry of Foreign Affairs and Trade since September 2016. Prior to this, he was a counsellor in the same department, and before that was Trade Attaché in the Permanent Representation of Hungary to the European Union in Brussels.

Csaba Moldicz, MCC, Head of the Center for Foreign Trade

He is the head of the Center for Foreign Trade at the Mathias Corvinus Collegium. He is also the research director of the Eurasian Center of János Neumann University. His main field of interest is the economic integration process of the European Union and China, with particular regard to the East-Central European region.

He is the head of the legal working-group of the Hungarian-Chinese Chamber of Commerce (ChinaCham) and an attorney at law in Budapest. His fields of expertise include energy, technology, media and telecommunications, finance Law, general corporate, data protection, M&A and competition law.

He is the CEO of Huawei Technologies Hungary.

He is a retired judge, advocate, mediator and arbitrator. He was ranked among the Leading mediators in Israel by Dun´s 100 for 2020. He serves as an arbitrator in complex international disputes at the ICC as well as at the Beihai Asia International Arbitration Centre (BAIAC), Singapore.

She is a founding partner of the firm PKM Attorneys in Paris and Beyrouth and a member of the ICC International Court of Arbitration, representing Hungary.

János Burai-Kovács, Arbitration Court of the Hungarian Chamber of Commerce

He is a founding partner of BPSS Attorneys in Budapest, and the President of the Permanent Court of Arbitration attached to the Hungarian Chamber of Commerce and Industry. 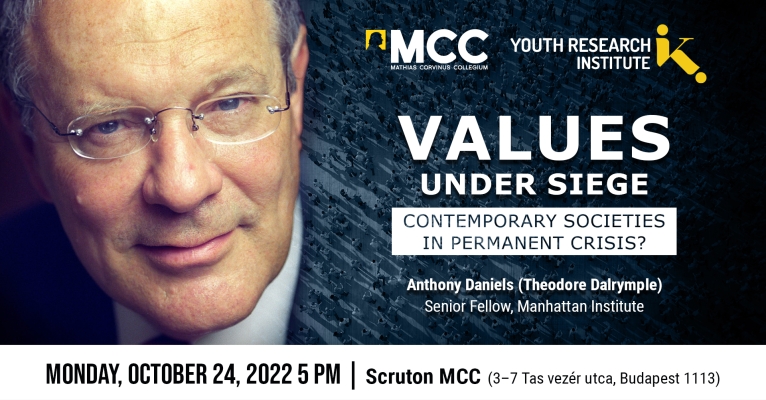 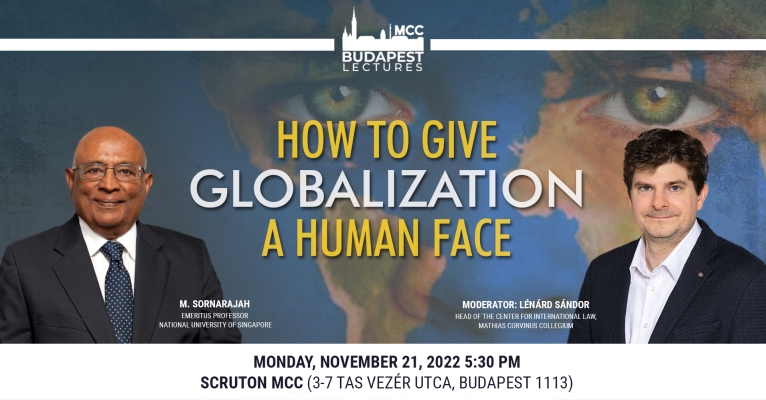 How to Give Globalization a Human Face?