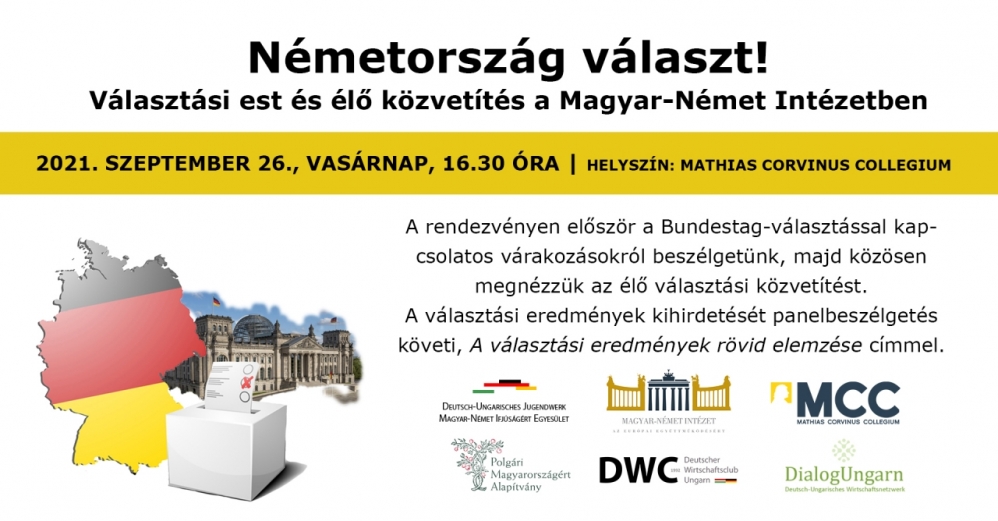 Election night and live coverage at the Hungarian-German Institute. The event will take place on 26 September 2021 (Sunday), starting at 16.30 at Mathias Corvinus Collegium. It is time to vote!

The 2021 Bundestag elections German citizens will elect the representatives of the 20th German Federal Parliament. On 26 September, it is not just a new parliament that will be elected. Angela Merkel, Germany's first female Chancellor since 2005, will not stand for re-election after 16 years.  She led the CDU for eighteen years, until 2018. The euro crisis, climate protection, the nuclear power plant shutdown after the Fukushima disaster, the migration issue and the Corona crisis have marked her chancellorship.

Attendance by personal invitation and registration only. You may register till 12.00, 24 September by clicking on this link.

Hungarian-German simultaneous interpretation will be provided during the event.

The event will be open to all participants with a certificate of immunity.

Photos, audio and video recordings are taken at the event, which may be made public. By registering for and attending the event, you consent and agree to these recordings. 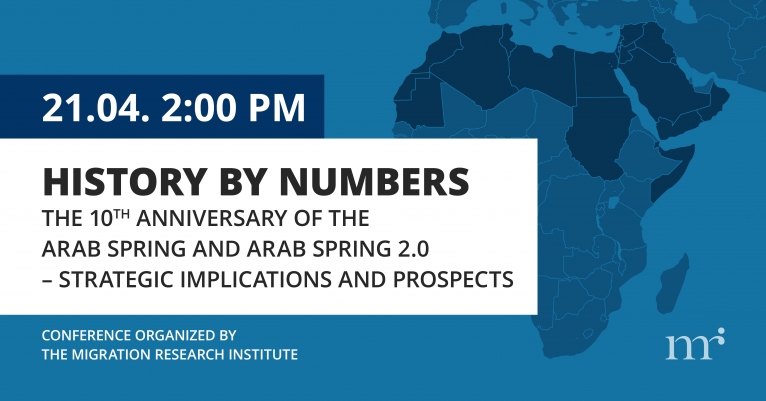 History by numbers: 10th anniversary of the Arab Spring and Arab Spring 2.0 - Strategic implications and prospects 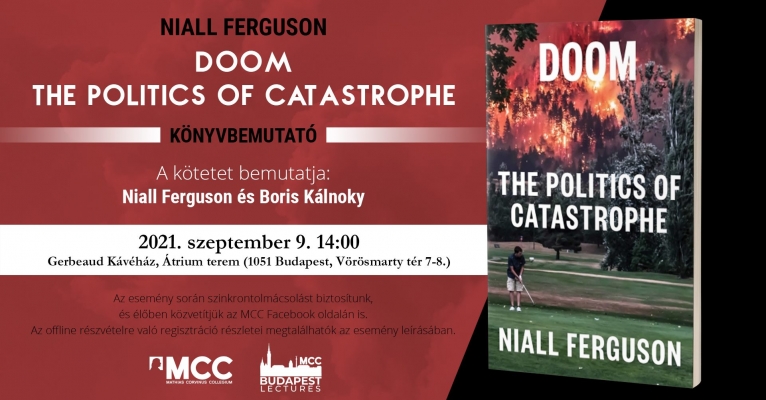 Doom – The Politics of Catastrophe