Home | News | The German edition of the book "A Thousand Years in the Middle...
•
German-Hungarian Institute for European Cooperation

The Konrad-Adenauer-Stiftung and the Mathias Corvinus Collegium jointly organized the first presentation of the German edition of the book "A Thousand Years in the Middle of Europe—The Character of the Hungarian State" at the Berlin-Brandenburg Academy of Sciences on 16 November 2021 in Berlin. In addition to the editors of the volume, the presentation and the subsequent panel discussion was also attended by Parliamentary State Secretary Steffen Bilger MP.

The event was opened by Frank Priess, Deputy Headof the Main Department for European and International Cooperation at the Konrad-Adenauer-Stiftung in front of approximately hundred representatives of the scientific, political, and civil spheres. In his opening remarks Frank Priess highlighted the important role of the freshly published book, particularly in promoting the debate on German-Hungarian relations. Additionally, he addressed the close historical ties between the two nations, emphasizing the role that Hungary had in the dismantling of the Iron Curtain and as such drew attention to the fundamental importance of not interrupting the continuous work on maintaining good bilateral relations.

The significance of the event, in this regard, was also praised by Péter Györkös, Ambassador of Hungary to Germany. In his welcoming remarks Györkös underlined the value of bilateral dialogue and advocated for a science-based discourse instead of a debate burdened with emotions. As he stated, a certain level of mutual commitment is needed in order to understand each other, especially if we wish to gain insight into how Hungary works and how Hungarian citizens think.

Following the opening and welcoming remarks Bence Bauer, Director of the German-Hungarian Institute for European Cooperation at the Mathias Corvinus Collegium, gave an insightful presentation of the recently published study volume. In his speech, Mr Bauer accentuated the book's uniqueness in offering a better understanding of the diversity of mentalities and the complexity of the Hungarian state. Overall, the book can be summed up in three words: state, sovereignty, and nation—as the series of the same name by Springer Verlag, where the volume was published.

The presentation of the volume was followed by a round table discussion with the participation of Steffen Bilger, Parliamentary State Secretary at the German Federal Ministry of Transport, and a Member of the Bundestag since 2009, Balázs Orbán, Deputy Minister and Chairman of the Mathias Corvinus Collegium's Board of Trustees and Zoltán Szalai, Director General of the Mathias Corvinus Collegium. The highly interesting and exciting debate was moderated by Bence Bauer.

One of the key take-away points of the discussion—highlighted by all participants—was the importance of mutual understanding. When asked about the genesis of the book, Balázs Orbán emphasized the fact that “it was not originally written for foreigners so that they could understand Hungary better. It was created for us Hungarians who have finally been able to live in freedom for 30 years after having had to go through two dictatorships. The new generation has to learn who we are, where we come from, how and in what way we currently act.” Referring to this Orbán emphasized the importance of three different approaches: historical, geographical, and cultural—without which understanding based on mutual reciprocity is not possible. However, in his opinion, “creating an understanding” is not a one-sided process, but rather one in which both parties must work continuously to improve the existing close relations between Hungary and Germany. The publication of the book in German is an important step on this path, said Orbán. State Secretary Bilger shared this view and made it clear that the new federal government will also have a responsibility to continue the debate on a European level, as dialogue with each other has always been, and must remain, a top priority in Europe. Despite noticeable political differences of opinion between Hungary and Germany, “in view of their shared history, one can only wish that things would get better again, that the two countries would approach each other more. There are good foundations for this, as there are close economic and cultural relationships between the two countries.” stated Bilger. According to Szalai, both countries are facing similar major challenges at the same time: “We have to find pioneering solutions to the demographic question and that of migration when we look to the future. In doing so, we also have to pay close attention to young people and their talents. Hungary can only be competitive if the young people receive an education that is in no way inferior to that in Berlin, New York or Paris."

The discussion was rounded off by questions from the audience concerning the general state of relations between Hungary and Germany. The constructive debates continued at the reception following the event, thus concluding an overall successful evening of mutual exchange.

The German edition of the study volume “A Thousand Years in the Middle of Europe—The Character of the Hungarian State” was published in January 2021 by Springer-Verlag, following the wide academic and social response of its Hungarian release in 2019. The volume serves as an intellectual manifesto for young Hungarian students of humanities: several of the nearly 30 studies, written by renowned academics, lawyers, politicians and literary scholars can be considered as theoretical foundations of conservative politics in Hungary. The book plays a key role in the understanding of Hungarian thinking, history and the structure of the Hungarian state. 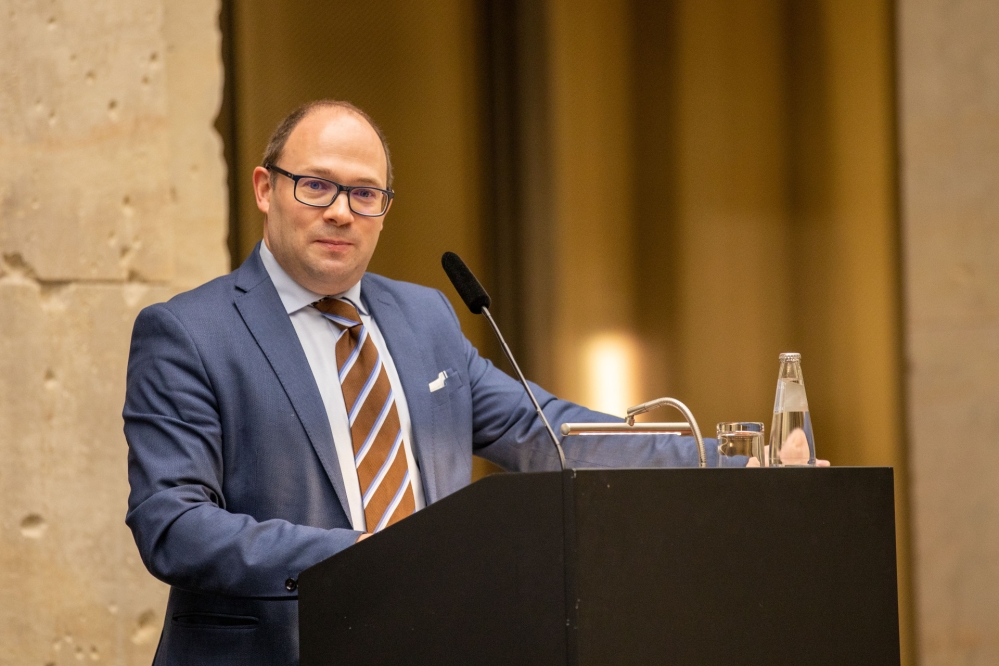 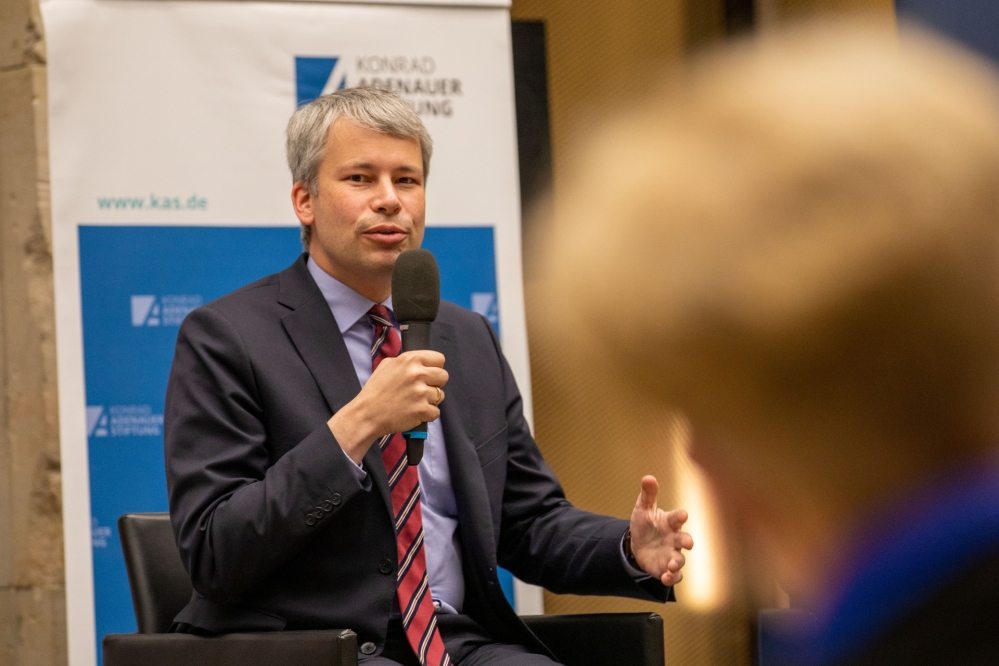 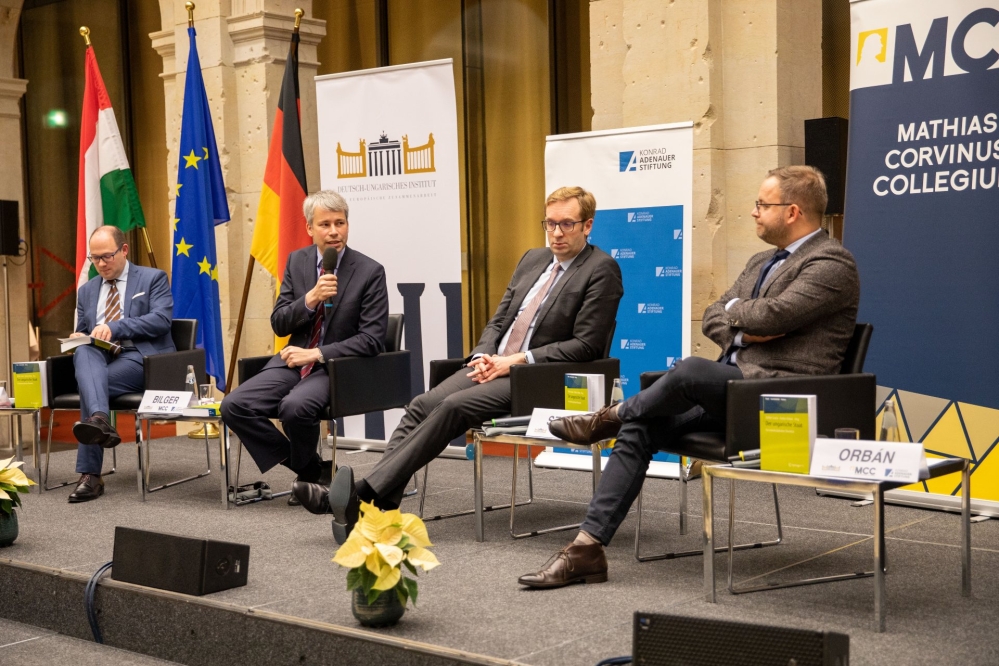 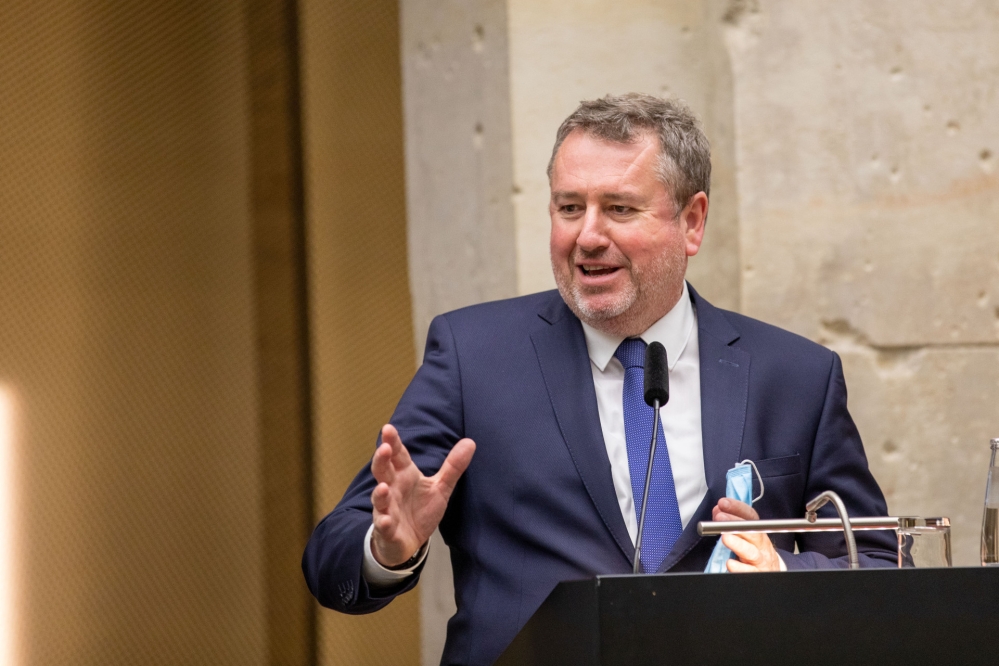 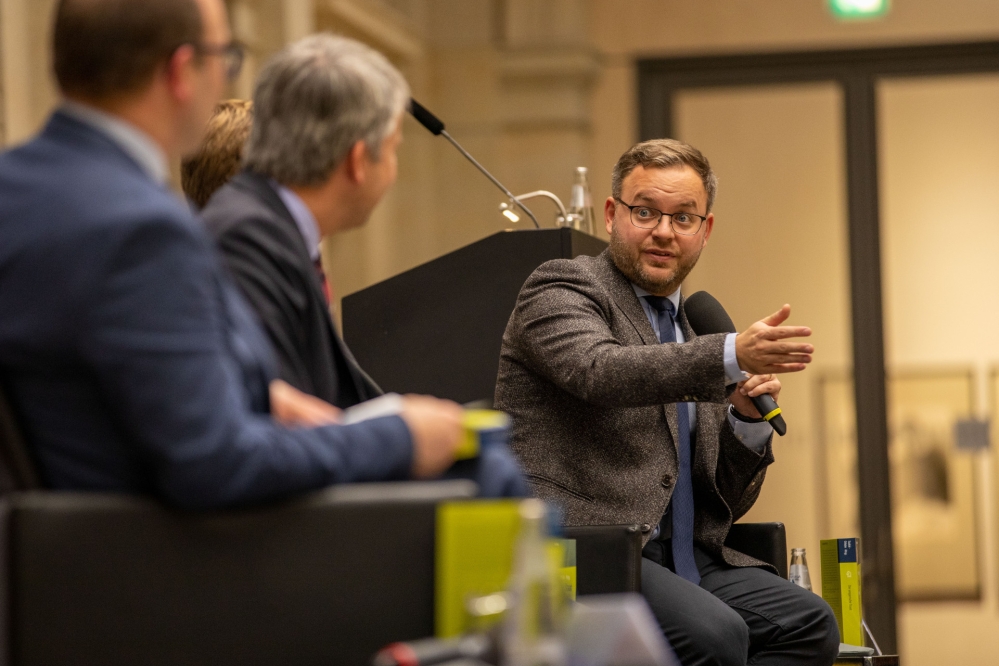 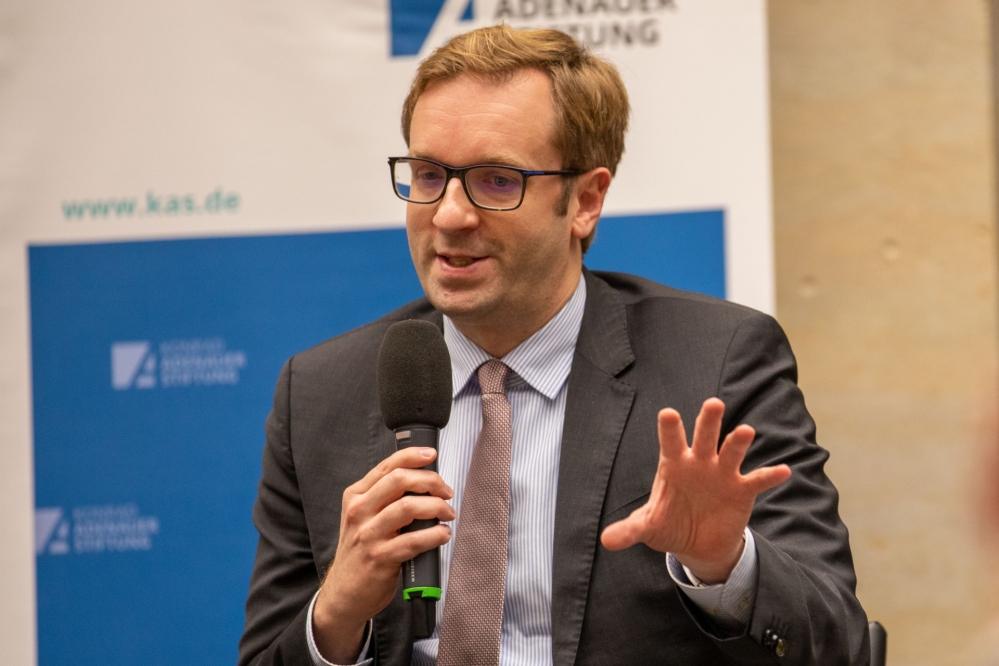 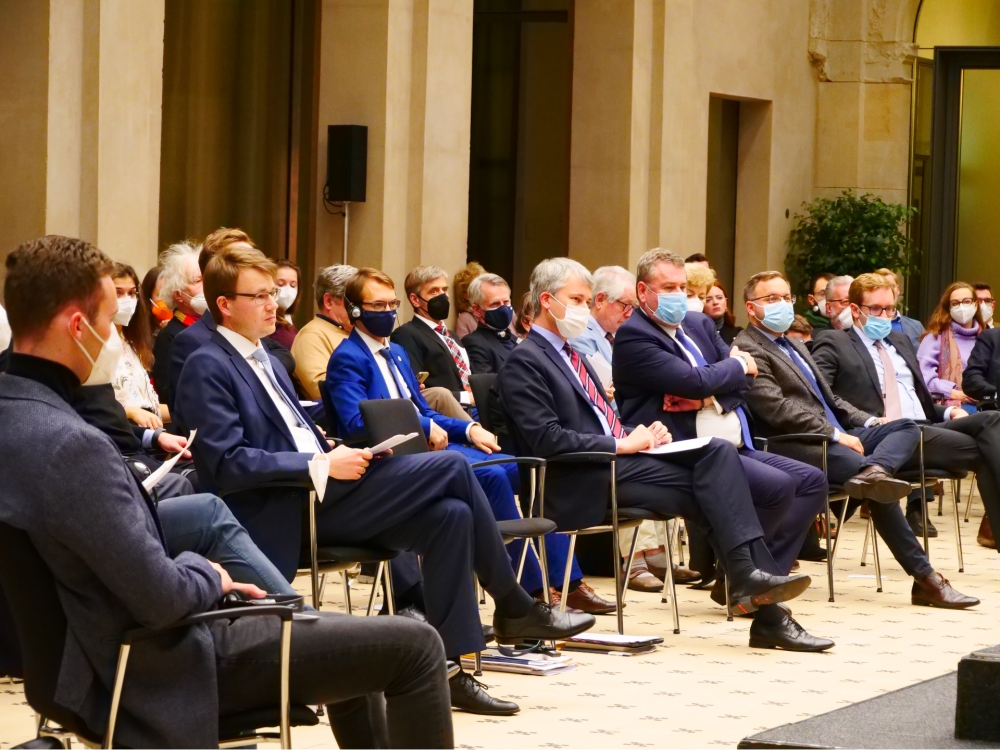