The one-of-a-kind international media conference of Mathias Corvinus Collegium (MCC) was a huge success. On the second day of the conference, nearly 20 experts gave presentations or took part in professional discussions in front of an audience of hundreds of interested people.

Friday's program kicked off with an event on modern political journalism.  Ralf Schuler gave a presentation on the relationship between political journalism and the tabloid press. The head of the parliamentary editorial office of Bild in Berlin said: the press often tries to provoke emotional responses and shocks from readers by exaggerating things a little bit. The tabloid press uses three techniques: personalization, exaggeration and zooming in (bringing the subject close to the readers). This kind of journalism also functions as a kind of sentiment analysis, as the news is reported not for its news value, but for its sensationalism. It is based on emotion; so it is a popular genre with readers, but its representatives are not really in the running for journalism awards.

Ralf Schuler also spoke about his own TV show, which aims to bring the tabloid genre to TV screens. They don't run a TV show at 8pm, which they have to fill with news every day, but only report when something is really happening. This means reporters have to be on the site within 10-15 minutes, as it is important to be faster than their competitors. They don't want to make a show, but they just want to report what is important and interesting for ordinary people.

“If we want to fight populism, we should rely on objective facts rather than emotions," said Jano García at the MCC media conference on his new book entitled El rebaño: Cómo Occidente ha sucumbido a la tiranía ideológica (The Herd: How the West Succumbed to Ideological Tyranny). According to the author, populism is when politics clearly relies on people's emotions to get as many votes as possible. Jano García also drew attention to the importance of Christian values. Mutual respect is a fundamental value, he said, and there has been a shortage of it lately as "most people are only concerned with themselves". As regards the media situation in Spain, he pointed out that the market was dominantly leftist and controlled by two major television media holdings. They produce around 90 percent of the content, so dissenting opinions are very rarely presented to Spanish news consumers.

French media on the verge of transformation

The importance of the so-called alternative press is growing in France, said one of the participants at the panel discussion on the situation and prospects of the media in France. Alternative media had emerged in France in response to the fact that many issues were not covered or were covered in a different light in the mainstream media.

In his introduction to the panel discussion, Thibaud Gibelin explained that the French political system was facing serious legitimacy problems. Moreover, according to the MCC guest lecturer, the latest election results and analyzes show that the distribution of political power is not reflected in the media, with a vast majority of left-wing, liberal-leaning newspapers and media outlets supporting the current president.

Migration, the spread of Islam and the related security problems are hardly ever mentioned in the French press, explained Claude Chollet. According to the president of the Observatoire du journalisme, this is mainly due to the political orientation of journalists and the media. The overwhelming majority of media workers and editorial staff are liberal, so these issues are filtered out," he said.

These are the reasons why there is a serious gap between the issues that preoccupy the society and the issues the French press chooses to address. Meanwhile, alternative media are gaining ground, said Yann Vallerie. However, the editor-in-chief of Breizh-Info.com cited Hungary as a positive example, where there is much more room for free expression on issues such as migration, the dangers of Islamization or the publication of more critical views on LGBTQ rights.

Speaking at a discussion on media relations in the Visegrád countries, the Polish journalist Michał Karnowski noted that the system had changed after the collapse of communism, but people still felt that the media did not reflect their opinions. In the last 30 years, we have seen an improvement in the Polish media, but at the same time, there has been a struggle to have more voices heard in the media. According to the co-editor of the weekly Sieci, the appearance of investors on the scene initially refreshed the system (for example, through the introduction of new technologies), but later it turned out that this came at a price. Investors have often used these organs to convey ideologies.

Zoltán Szalai noted that the appearance of investors in Hungary did not mean a 100% transformation of the editorial boards established before 1990, as in most cases the managers and editors-in-chief were not replaced. They were well-qualified professionals, they knew the newspaper, they had decades of experience, and of course, the investors wanted the newspaper to continue uninterrupted, and this is what led to decades of left-wing media domination in Hungary, added the director-general of MCC and editor-in-chief of Mandiner.

Commenting on the situation in the Czech Republic, Matyáš Zrno said that from the 1990s until 2008, the media was worth investing in, and generated good revenues. For example, journalists could get a driver when they went somewhere to do a report.  The Foreign Desk head of CNN Prima News also said that as people turned to the internet and bought less newspapers, journalists' salaries fell. Then in 2013-14, the political situation changed: the media has become a weapon, although this did not mean the total destruction of its autonomy.

In Slovakia, Krisztián Pomichal, a journalist for ma7.sk, pointed out that commercial televisions are still very important. However, public television in Slovakia is not very popular. Moreover, 25% of Slovaks said they read the press daily, but the number of copies of newspapers sold does not confirm this.

Germany's media under the spell of gender

The social acceptance of the German media has suffered a serious decline over the last decade, explained Birgit Kelle, journalist of Die Welt. She spoke with Bence Bauer, Director of the German-Hungarian Institute at MCC, in the framework of a discussion that followed her presentation on "Gender Mania in the Media". According to Birgit Kelle, surveys show that a significant proportion of media consumers does not think that information in the press is credible.

Speaking about the reasons behind this change, the journalist and best-selling author said that the political commitment of German journalists raised concerns, with another survey showing that 90% of young or newly qualified journalists said they would vote Green in the elections.

As for the subject of the discussion, Kelle highlighted that a gender-neutral language - with its own vocabulary, accentuation system and grammar - has emerged in Germany, which is no longer used only in the media and in public life but is expected to be used at universities and even in churches. The problem with this process, she says, is that this pursuit of gender-neutrality, and hence the use of gender-neutral language was preceded by public debate.

Online journalism as a business model?

“Media consumption habits have changed a lot, so to be successful you need to combine different platforms," emphasized Ralf Schuler, head of the parliamentary editorial office of Bild in Berlin, in a panel discussion at the media conference. The German expert was in conversation with Zoltán Szalai, Director General of MCC and editor-in-chief of Mandiner.

Ralf Schuler also spoke in detail about the three fundamental pillars of the online media model the Bild was built on. Content optimization includes the analysis of which content is most read, where readers come from to the platform and which content leads to the most registrations and subscriptions. Search engine optimization and social media strategy also play an important role. As far as the latter is concerned, their contents on Facebook and YouTube are very popular, but they do not have a significant reach on Twitter. Snapchat is also important for them, as it is through this platform that they reach the youngest age group. It is interesting to note that there are significantly more people watching video content and programs on YouTube than on television platforms. This is a clear sign of a significant change in media consumption habits," said Ralf Schuler. He also added that it was no wonder that tabloid news attracted more viewers than public affairs content.

The two-day conference ended with an exciting event: the Hungarian translation of Ed West's book entitled The Illusion of Diversity: What We Got Wrong about Immigration & How to Set It Right published by MCC, has been launched.

According to the author, similar processes have taken place in recent years in the United States and Britain in relation to the concept of diversity. The British journalist pointed out that, although migrations, the movement and mixing of different people have often happened throughout British history - and especially in American history, these processes led to tragedies in the past, but what we have seen in recent years is considerably different.

On the day of the launch of the Hungarian edition, the author was in conversation with Tibor Fischer, Head of the Center for Literature at MCC and Rodrigo Ballester, Head of the MCC Center for European Studies.

According to Tibor Fischer the London bombings marked a turning point in the British perception of migration, as it became clear to many islanders that diversity as shown in the media did not correspond to reality.

In the discussion, Ed West pointed out that migration as such is a difficult issue to talk about in Britain because those who try to address the question are often publicly branded as racist. The British are experienced enough to deal with the problem, but this should not mean the opening of borders and promoting unlimited admission. 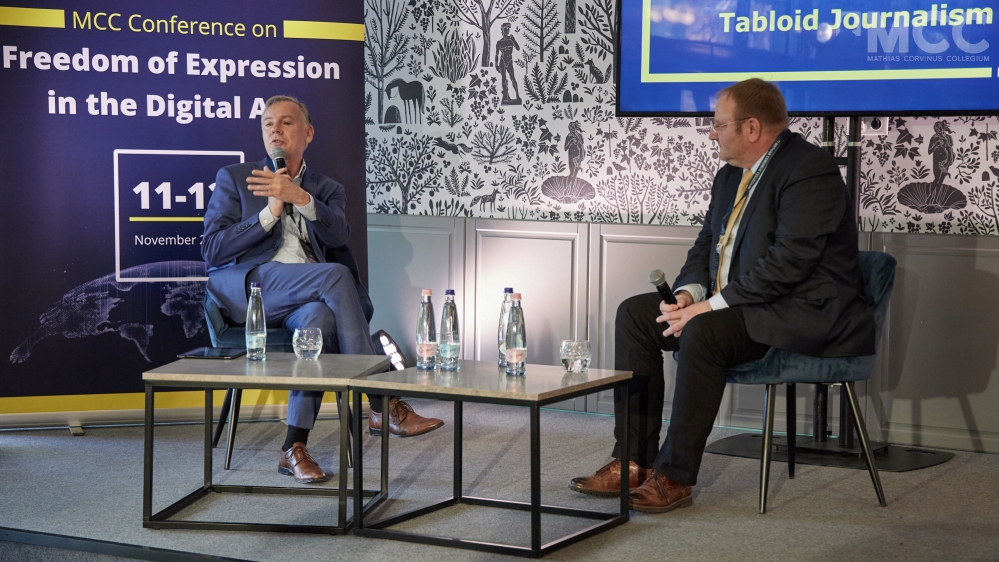 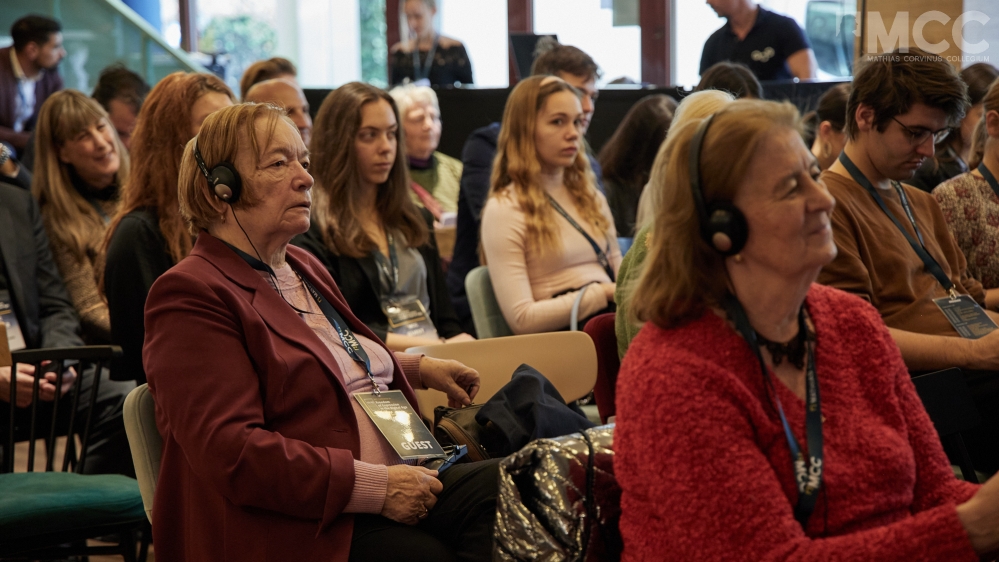 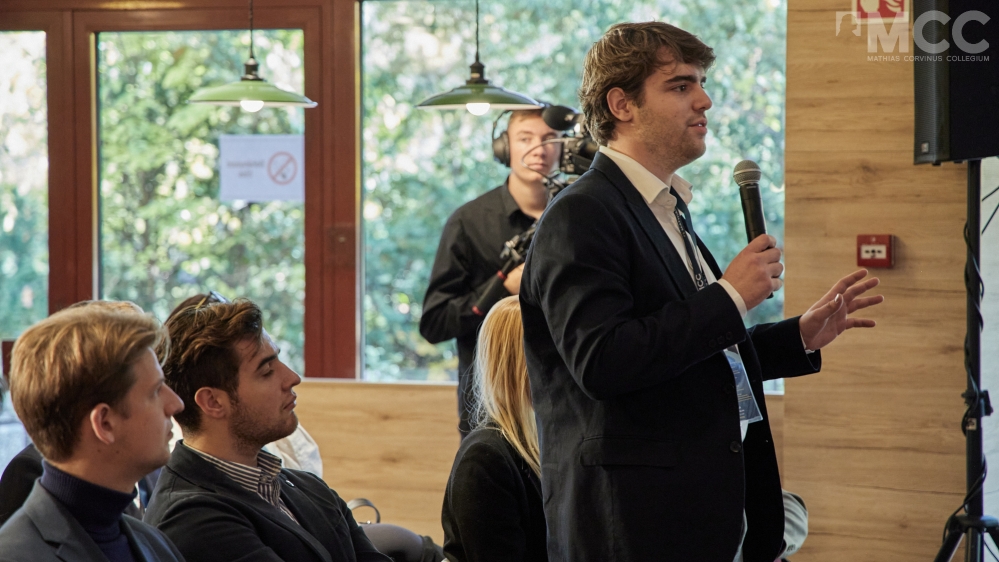 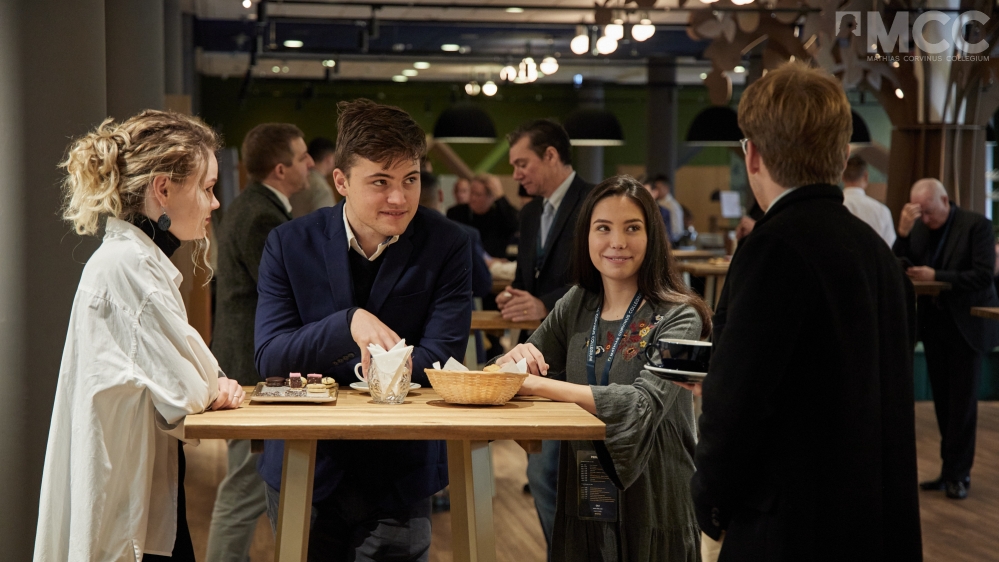 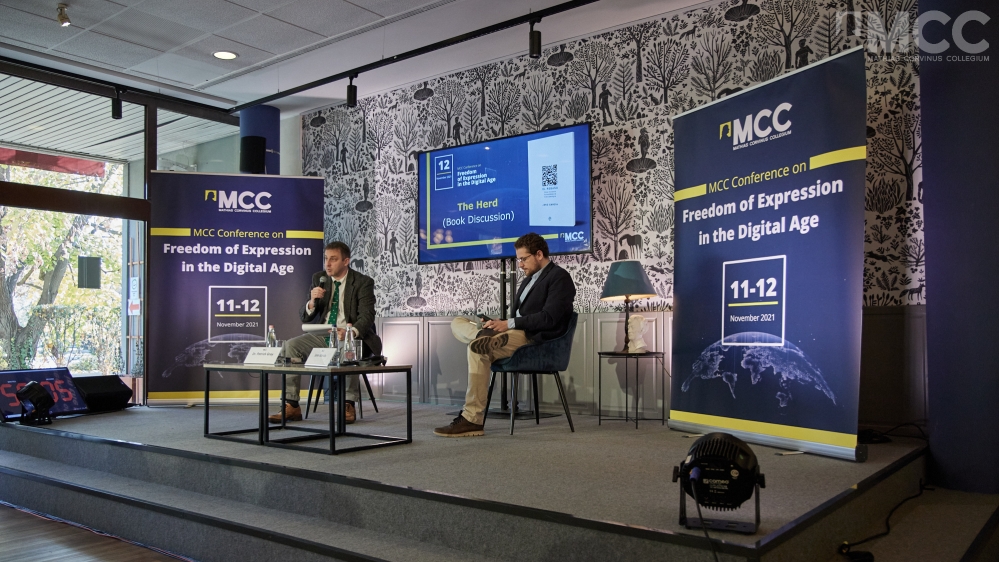 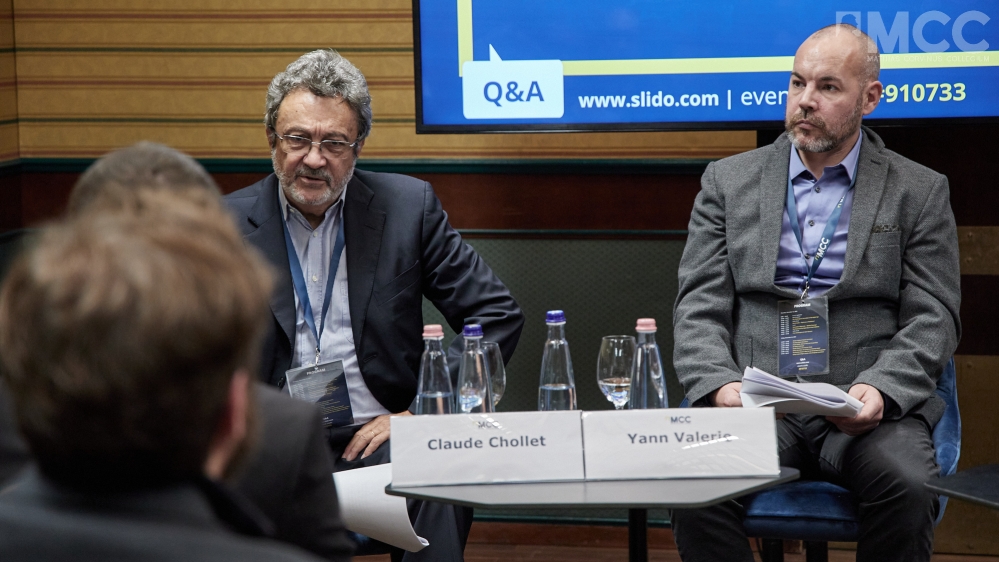 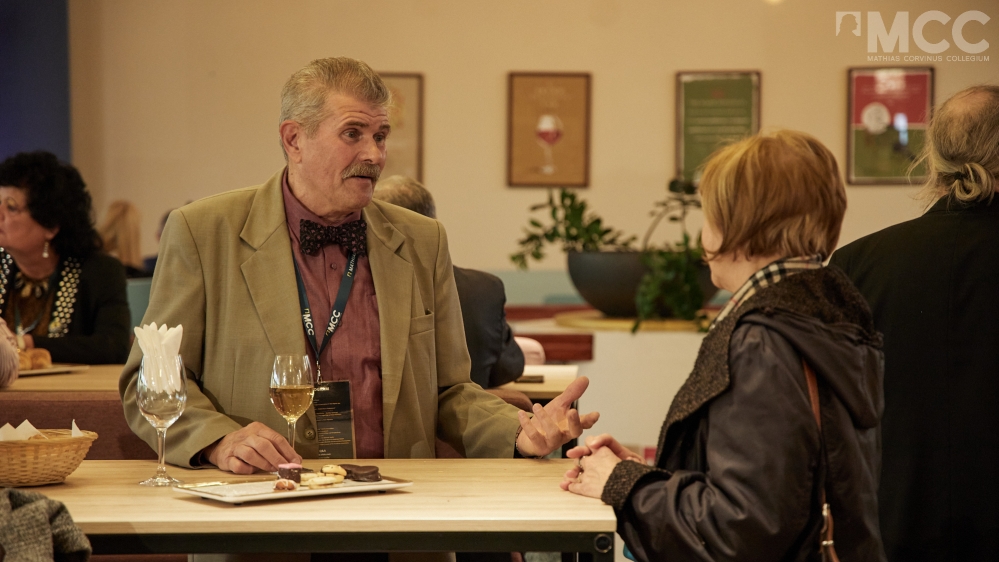 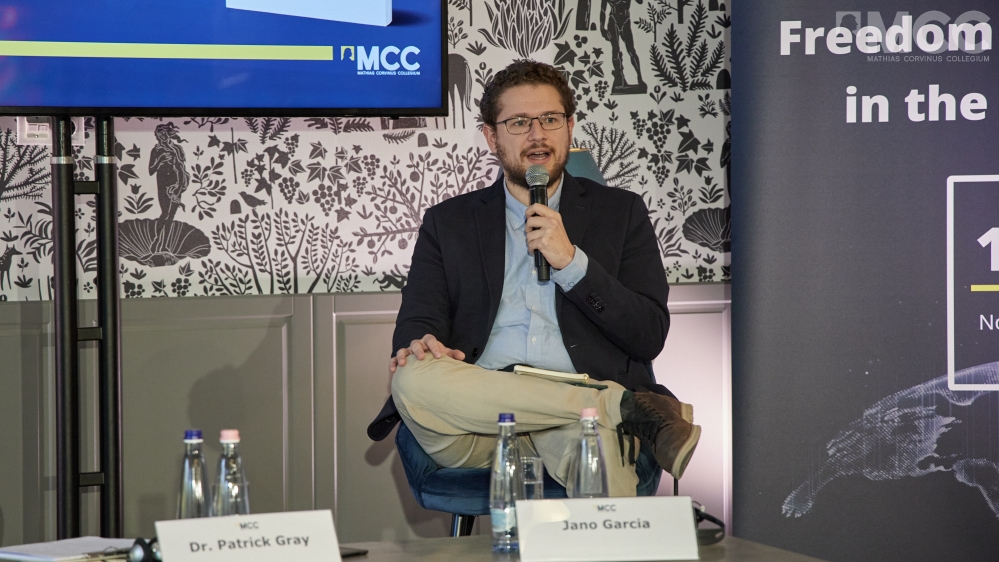 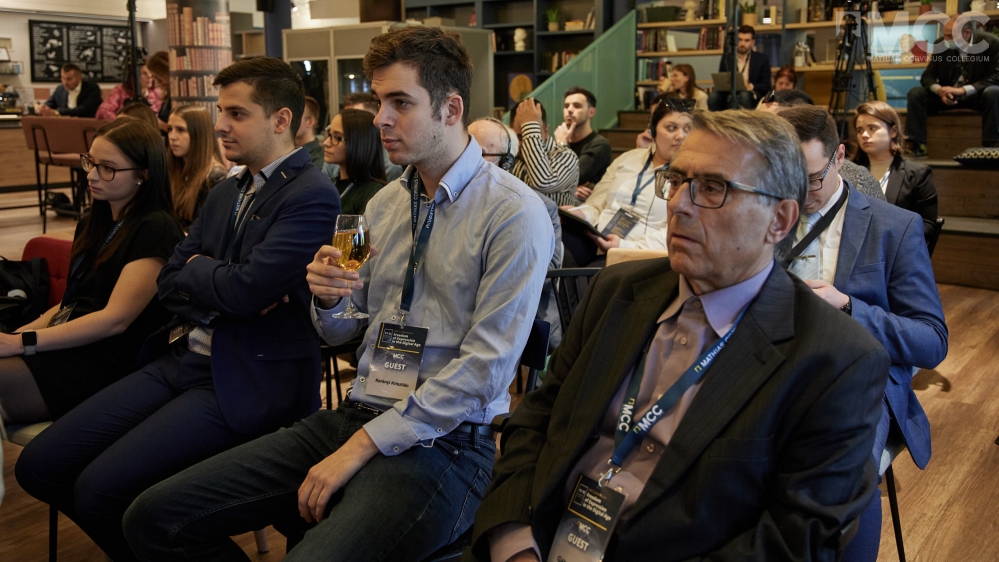 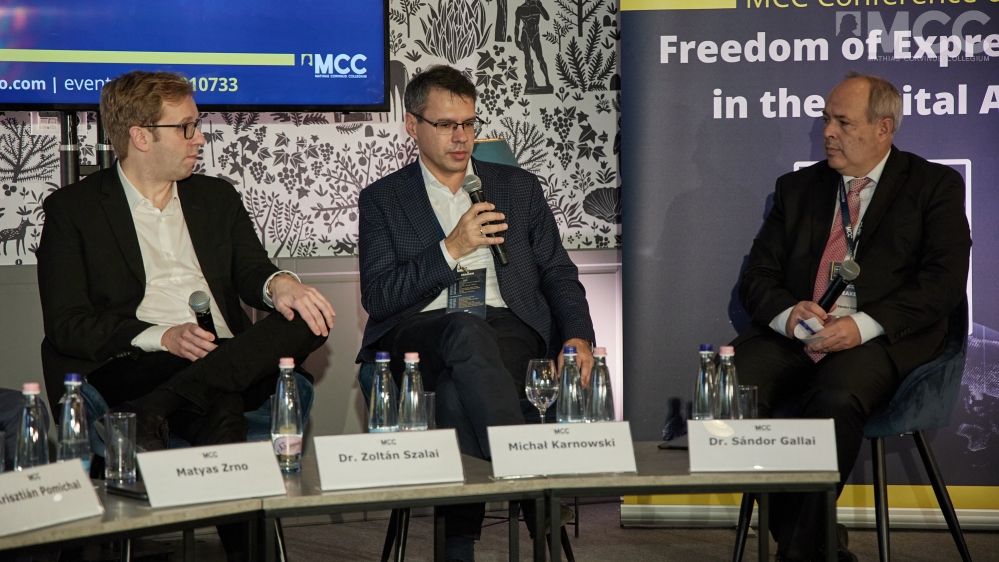 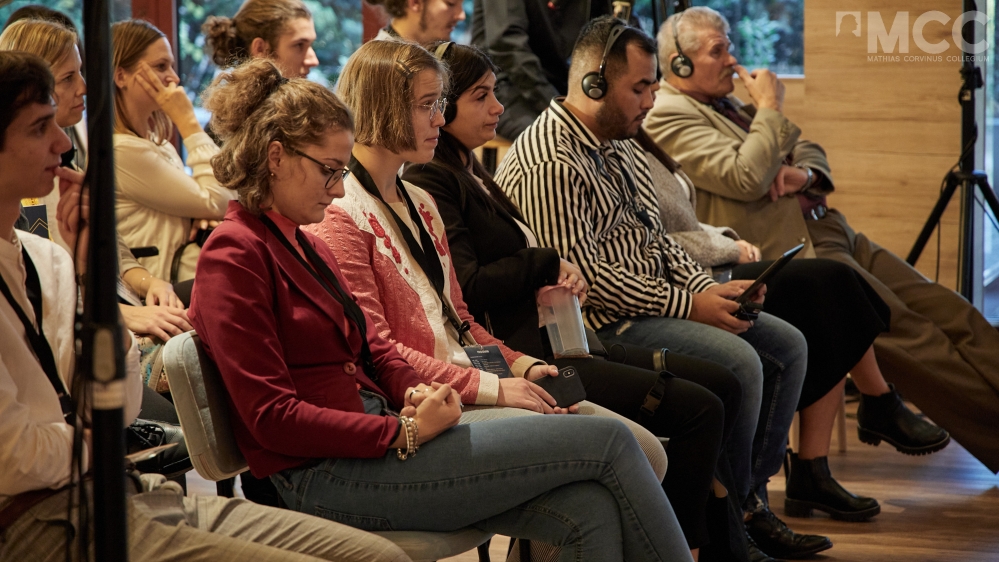 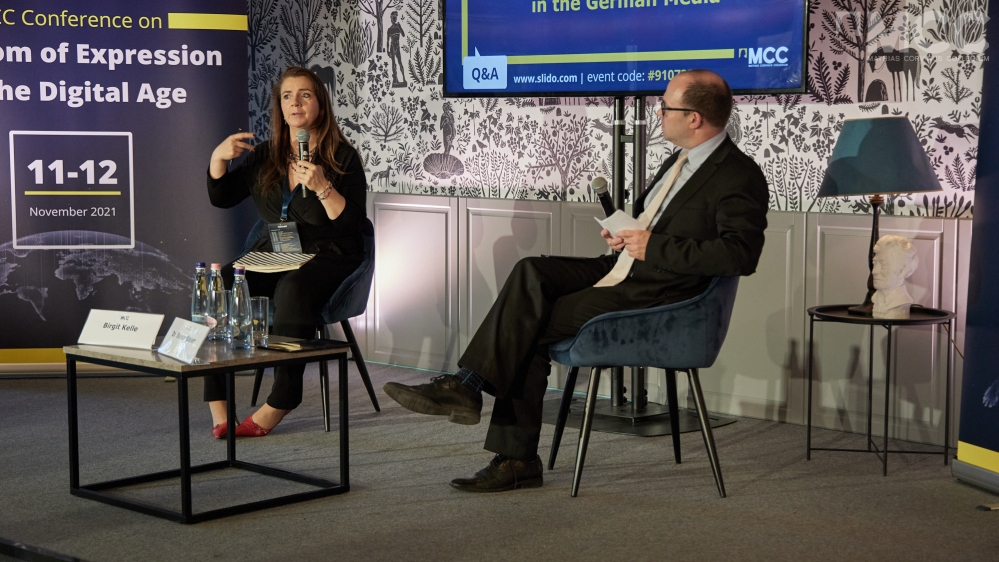 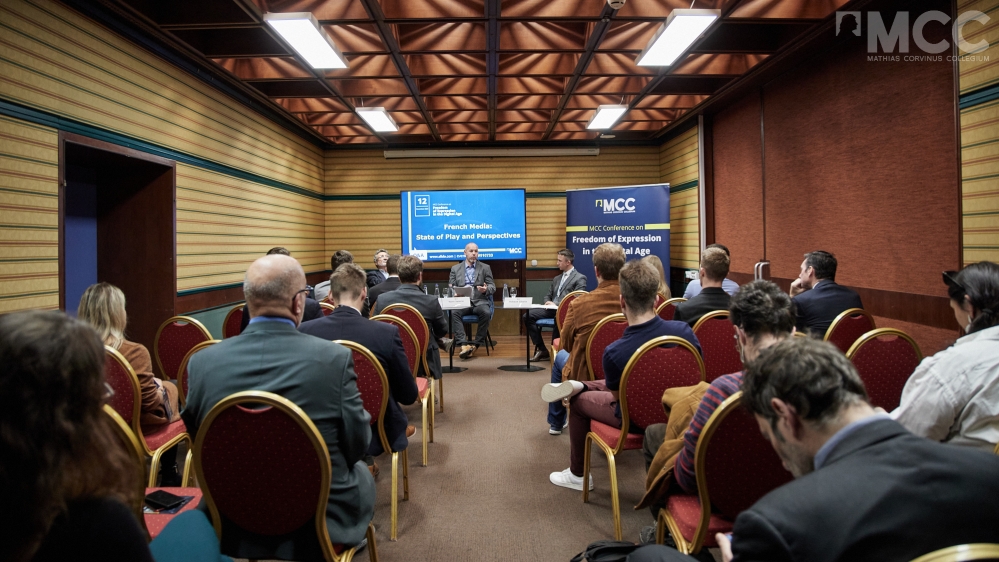 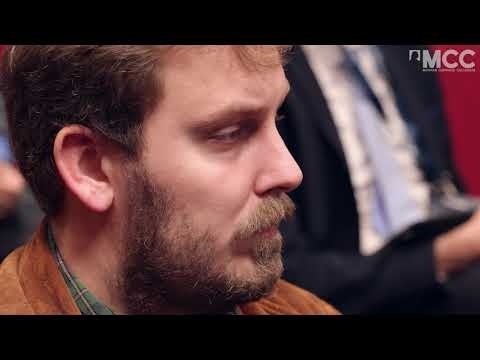