Home | News | Legal and diplomatic career and challenges on the border of the...
•
Közjogi Műhely

On 5 October 2021, we had the pleasure to host in our Szeged MCC Center Mrs. Arta Rama-Hajrizi, the former president of the Kosovo Constitutional Court, who arrived to us accompanied by Márton Sulyok, the head of the Public Law Center of MCC Budapest.

Besides introducing her own professional legal career, in her lecture, Mrs. Rama-Hajrizi also addressed the unique international relations and geopolitical situation of her country and its internal dynamics. She also touched upon the kinds of problems she had to address as her country’s first diplomat in New York, in the United States, and presented the tasks she later carried out as President of the Constitutional Court.

The work of the Kosovo Constitutional Court is special because it shall apply the European Convention on Human Rights and Fundamental Freedoms without actually being a member of the Council of Europe. Answering questions by students from the audience, she talked about the international and European future of Kosovo, because Kosovo is not only not a member of the Council of Europe, but also has not been admitted into the EU and the UN either. Our students received the special professional lecture with great interest, ensuing in a long Q’n’A session between them and Mrs. Rama-Hajrizi. 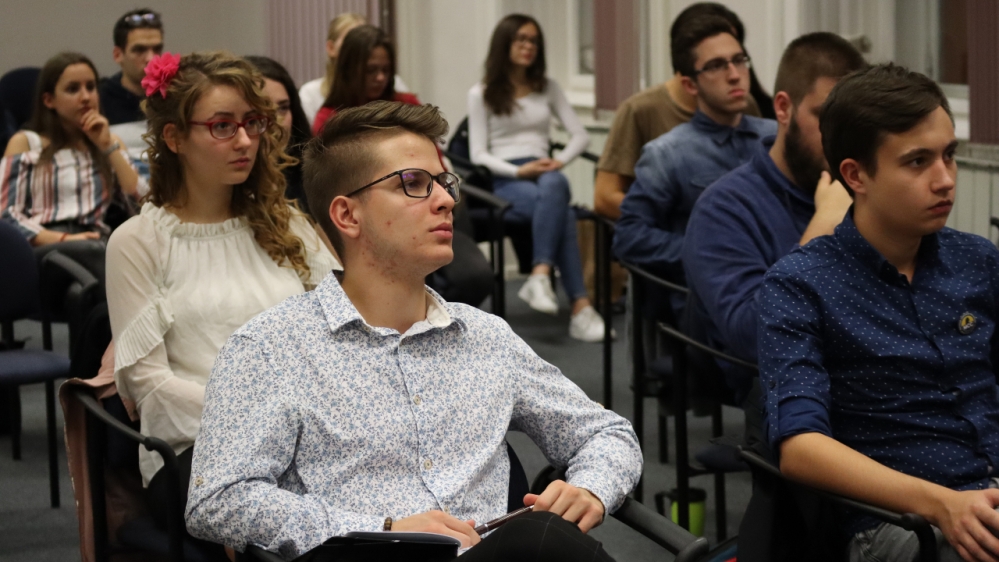