With the emergence of parliamentary democracies, the role of the press has fundamentally changed and the public sphere has become democratized. The advent of the internet has triggered another revolutionary change, according to the speakers on the first day of the two-day international media conference organized by Mathias Corvinus Collegium. At the event, which attracted hundreds of participants and a great deal of media interest, well-known Hungarian and international journalists, editors and publishing executives shared their thoughts on the role of social media, the challenges facing the journalism profession and the different effects of digitalization.

In a media landscape transformed by technological advances, the press has lost its exclusive function of providing information, and is increasingly becoming a political actor, said Deputy Minister Balázs Orbán in his opening address. According to the Chairman of the Board of Trustees of MCC, digital innovations can make people's lives easier, but they also represent a challenge. Balázs Orbán added that the two-day international media conference would also provide an opportunity for experts to discuss not only the diagnosis but also the solutions, as "the conference brought together people with very different views from various parts of the world".

In his welcome speech, Zoltán Szalai, Director General of the MCC, said that social media platforms had changed the way people think about news. "Articles are now generated in a different way and consumers view them differently," he said. According to Zoltán Szalai, algorithms are now in place, so instead of humans, it is the programs that decide whether a piece of news reaches many people or, in some cases, no one.

Following the opening of the conference, domestic and international professionals had the opportunity to express their views and ideas in a series of panel discussions. In the panel entitled The challenges of journalism in the digital age participants discussed among others whether quality journalism could survive in today's environment. According to Claude Chollet there are many challenges ahead of us, but competition itself is one of the most important ones. The president of the Observatoire du journalisme added that they had to compete not only with journalists but also with bloggers and influencers. "Today, anyone can be a journalist, anyone can write about anything, but I believe that quality journalism will survive", he said. Matyas Zrno, Foreign Desk head for CNN Prima News, said that the internet was a big challenge for the journalism profession. “In journalism schools we learned how to publish articles through the editorial office. Nowadays journalists think it is not necessary anymore, they can do anything on their own. But journalism is not that simple", he said.

Miklós Szánthó, lawyer and president of the Central European Press and Media Foundation, pointed out the new situation in the digital society, where we see a false image of the media, puts journalists and readers in a very difficult situation today. According to John O'Sullivan, there have been a lot of changes in journalism in recent years. The acceleration of the technological revolution brought about a new type of editorial community and in case a journalist makes a mistake, it is no longer the editorial team that is responsible, but everyone.

A fascinating debate has been generated in the conference panel on Social Media - Platforms or Publishers. Norman Lewis, director of Futures-Diagnosis Ltd, noted that the problem with social media was not whether content was moderated by people or algorithms but rather the guidelines for moderation. Mariann Őry pointed out that social networking sites applied double standards. The senior editor of Magyar Hírlap explained that while politically incorrect content was filtered out, click-hunting, phishing and fake news content was being displayed on Facebook in droves. Reacting to this, Arnaud Dassier, co-founder of Avisa Partners, draw attention to the fact that the algorithms applied to filter and control posts were so complicated and complex that even the social networking site operators had lost control of them. Ralf Schuller cited the example of a newspaper article that had been already published in Germany but blocked by Facebook. The head of the parliamentary editorial office of Bild in Berlin said that the principles of the practice of filtering on social sites should be made transparent to everyone. Reacting to the ideas of fellow panelists, Gladden Pappin, co-founder of American Affairs, pointed out that social networking sites have an impact not only on the politics of a country but also have geopolitical significance. This is the reason why some countries restrict access to the platforms.

Can journalism be objective? That was the question addressed by the members of the panel entitled Journalistic Objectivity - Wishful Thinking? Stefano Magni, editor of the New Daily Compass and a contributor to Il Giornale.it and Atlantico Quotidiano, said that objectivity had never existed in journalism. In his views, there are two types of journalists: those who are honest and those who are not. According to Matthew Tyrmand, the very choice of subjects a journalist want to cover or not to cover is already a bias. The Project Veritas board member added: "Journalists often applaud ideologies and we need to be able to distinguish between news sites and opinion sites. Ed West noted that the social web gives journalists great opportunities and freedom. Today, technology has led to the point where anyone can be a journalist, and this has completely changed the media. With regard to fact-checking, the journalist of UnHerd said: you have to look at who is saying what and react to it. According to Zoltán Szalai, editor-in-chief of Mandiner, it is still true that the press is mostly left-wing and the same is true for online media. Out of the 5 biggest media companies, 4 are left-wing and 1 is right-wing.

At a special session of the MCC conference, Hungarian and international experts exchanged views on how digitalization was affecting the printed press. According to Sam Leith, literary editor of The Spectator, the number of clicks is now more important than the depth and richness of the content. Julius Krein, founder and editor of American Affairs, noted: "News today is often designed to generate conflict in society, and it is very hard to break free from this model. It would require a different kind of media funding system. The Polish journalist Michał Karnowski pointed out that People were not expected to read articles that were not interesting. The co-editor of the weekly Sieci also added that today we all red the latest news on our mobile phones. This was confirmed by László Szabó, CEO of Mediaworks Hungary Ltd as well. According to him, today in Hungary only 10% of Internet users pay for online content. He believes that journalists should also become a bit like influencers, even if not all professionals will appreciate this idea. Alexander Marguier, editor-in-chief of Cicero, noted that in Germany there were more and more people willing to pay for quality content.

The sole aim of a journalist should be to uncover, as far as possible, the whole truth about a particular subject. This was one of the conclusions drawn in the closing session of the first day of the media conference organized by MCC. Birgit Kelle, journalist of Die Welt, said that journalists should naturally be constantly selecting from different information and topics, and always tell the truth. According to Michael Mosbacher, co-founder of Standpoint and The Critic, the press should focus on the issues that are of most interest to the people and it is of crucial importance that journalists work with multiple fact-checked sources. He believes that today people trust the traditional media much less than they used to, and the reason for this is that honesty is losing its place in journalism. Anne-Elisabeth Moutet, a columnist for The Telegraph and a contributor to UnHerd, also underlined that the basis and purpose of journalism was to uncover the truth, and stressed the importance of constant fact-checking. Loretta Tóth, foreign policy journalist at Magyar Nemzet and communications and media researcher said that today entertainment seemed to outweigh credible information, which is why extreme and surprising opinions often appear on major media platforms in Hungary as well. Jano Garcia, director of El Liberal, pointed out that at BBC, they strongly believed in the idea of balanced reporting. This is true, however, mainly in the area of domestic policy and much less so in foreign policy issues.

The MCC media conference continues on Friday. For the full program, please click on the link below: 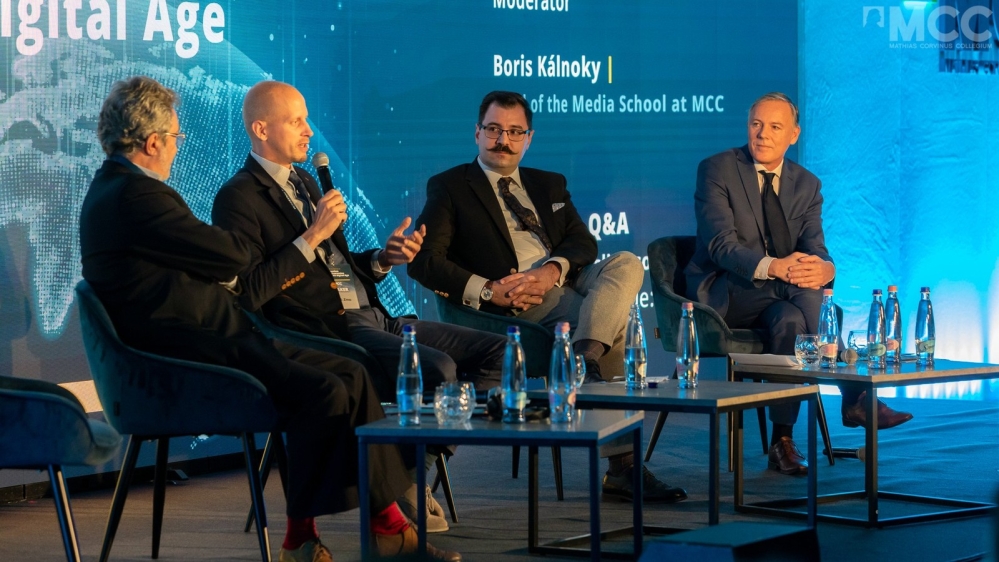 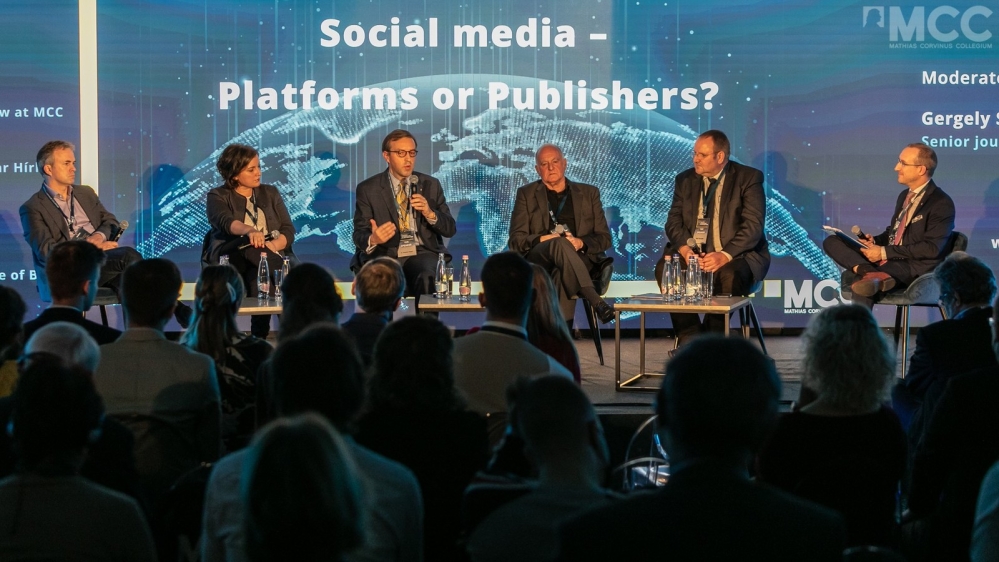 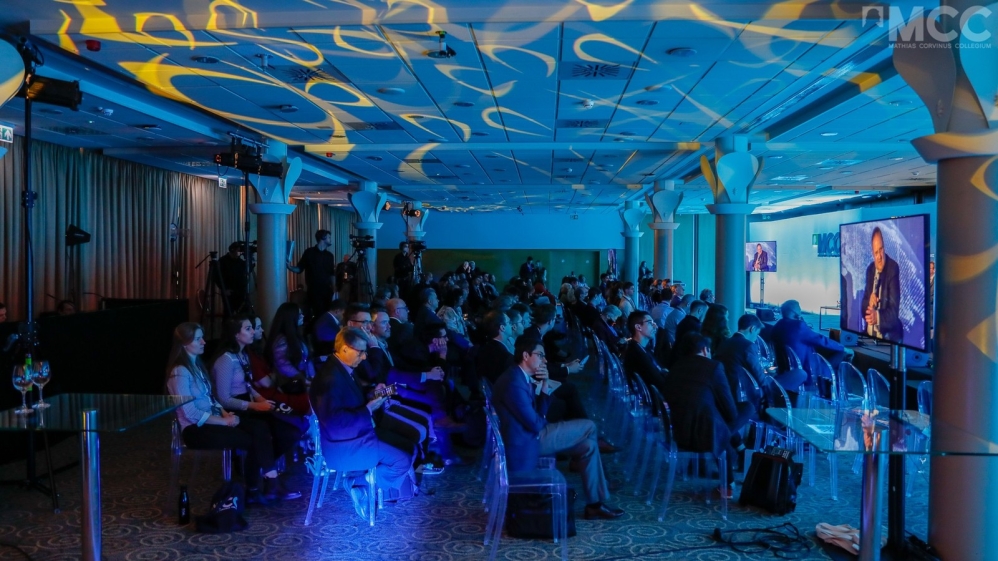 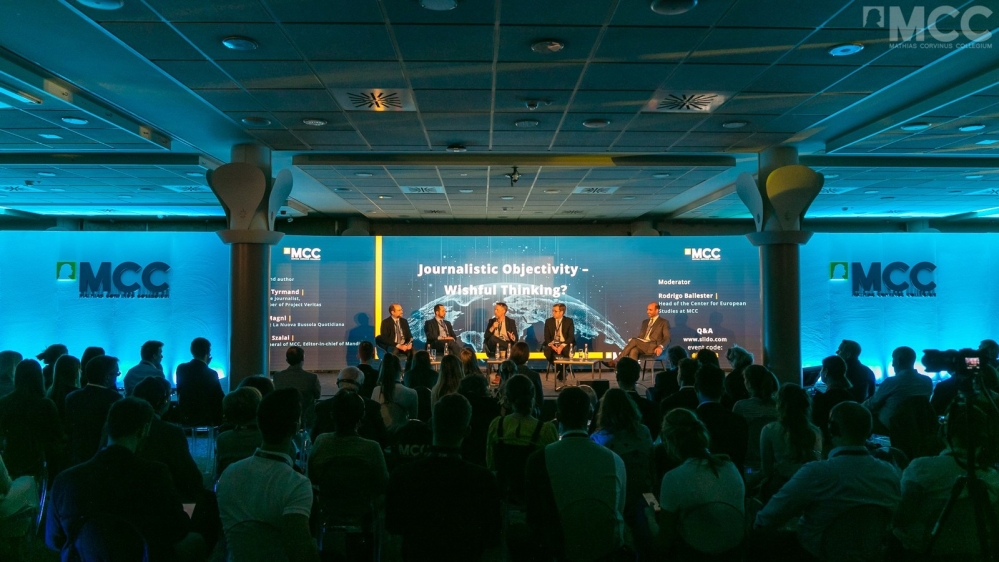 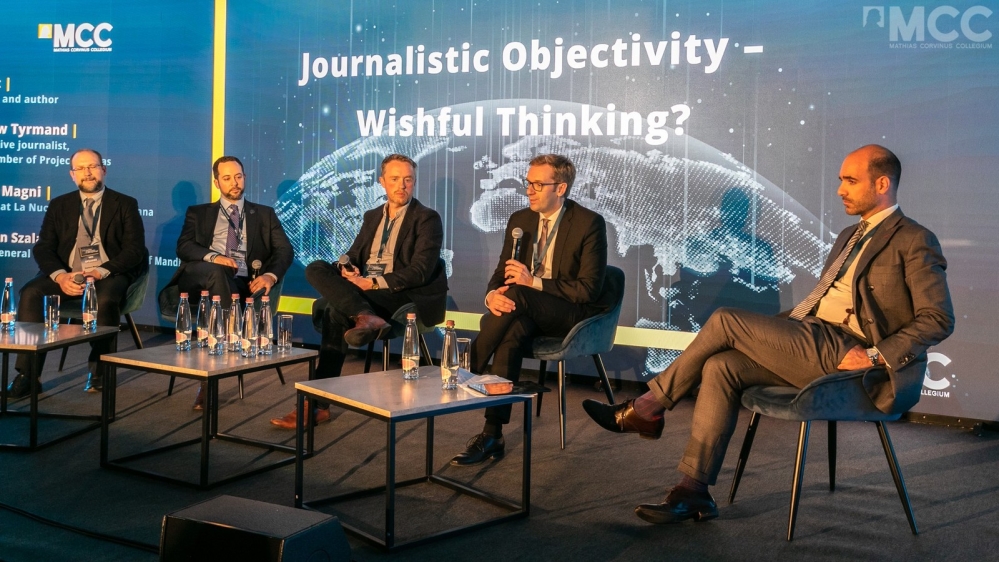 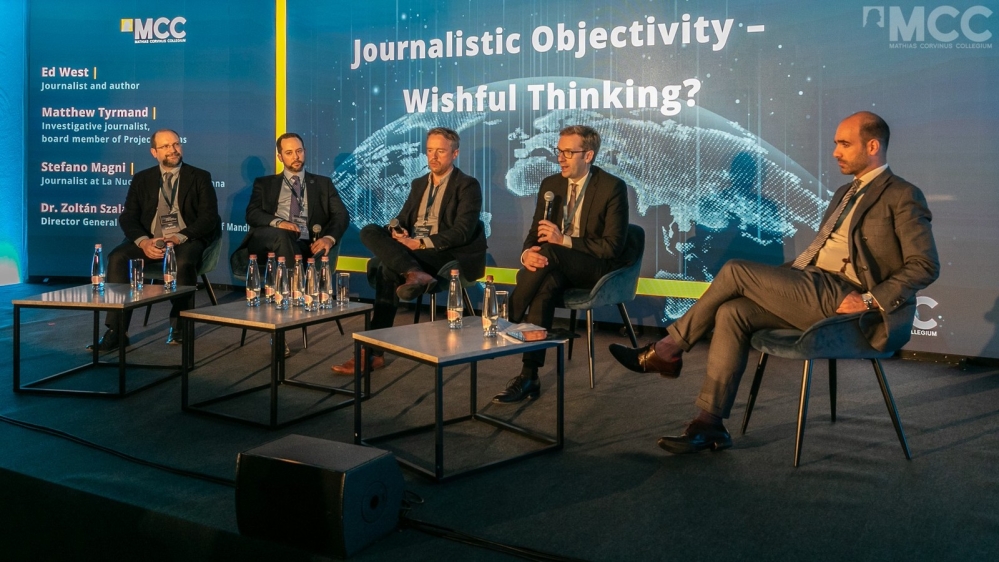 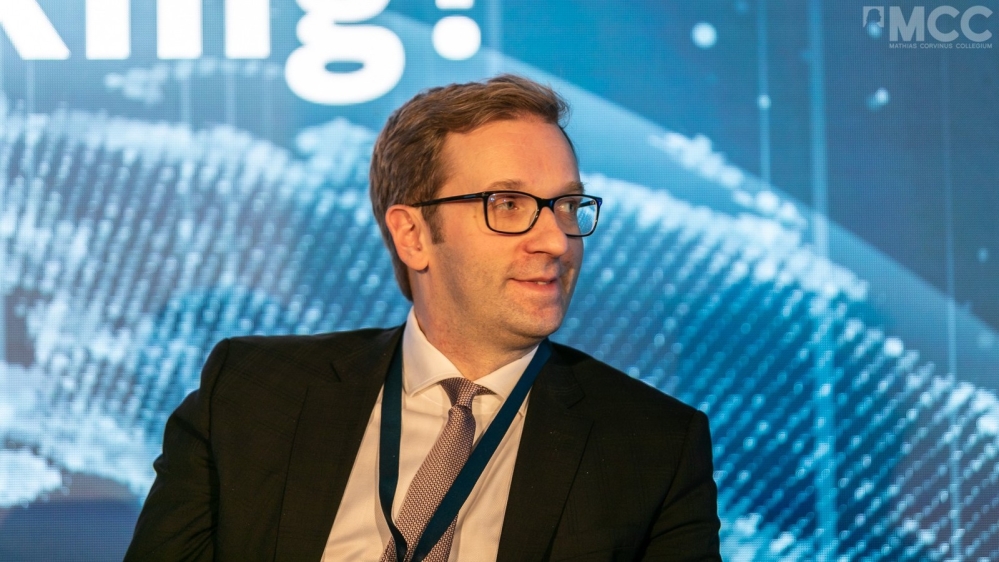 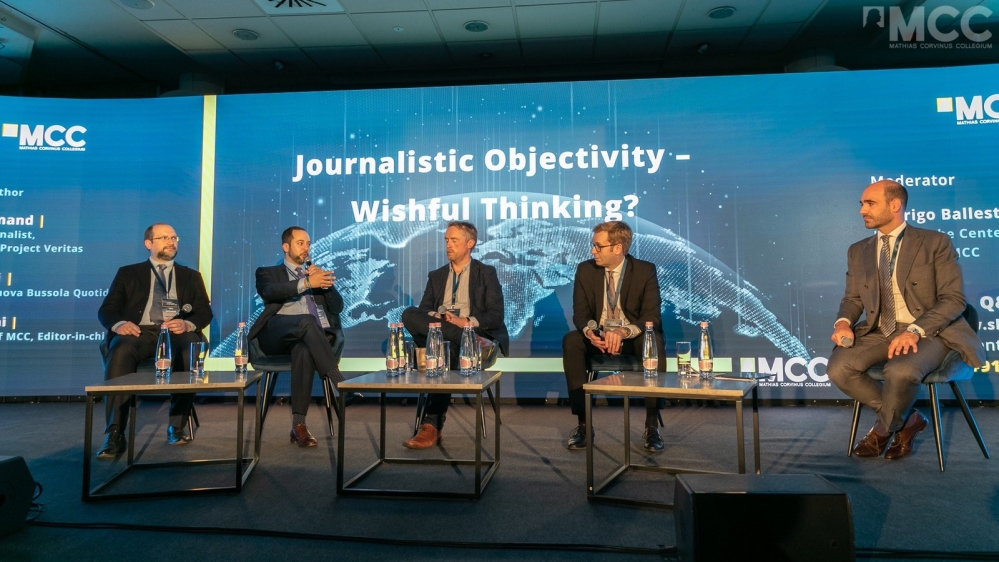 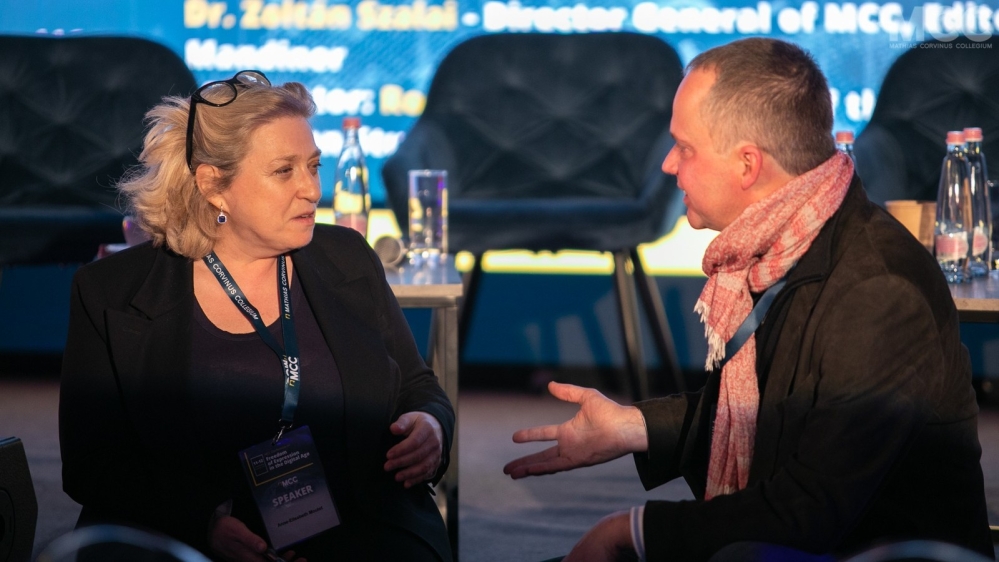 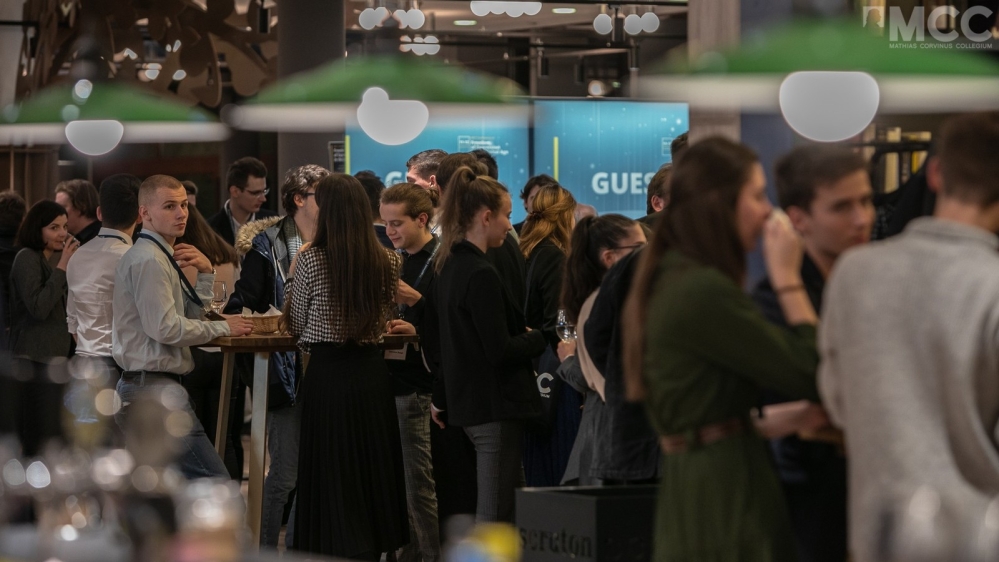 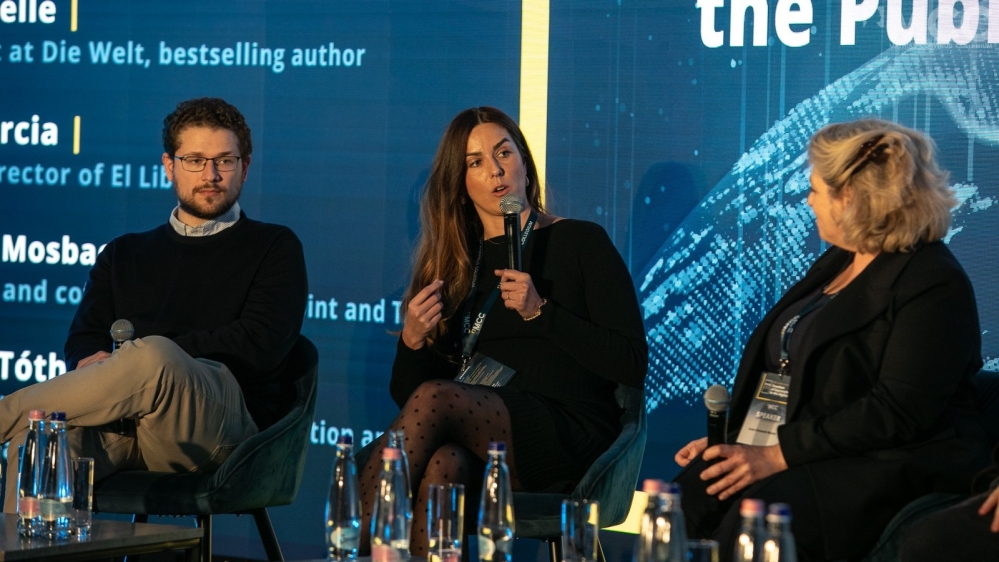 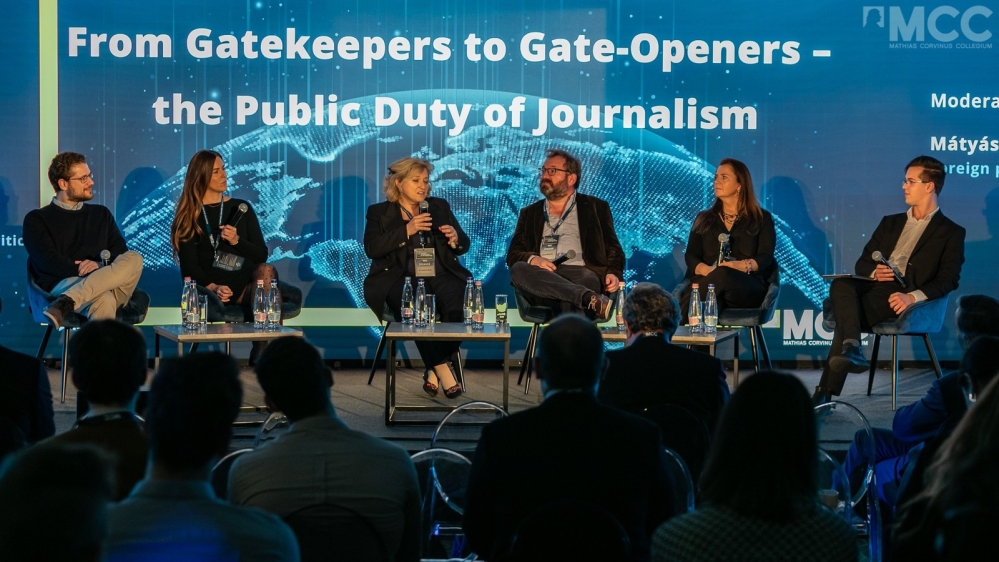 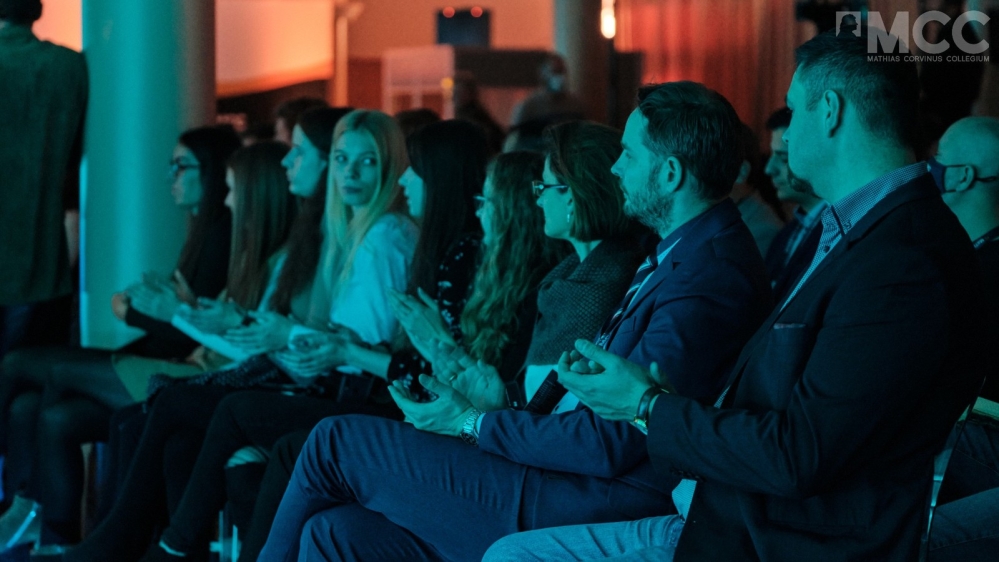 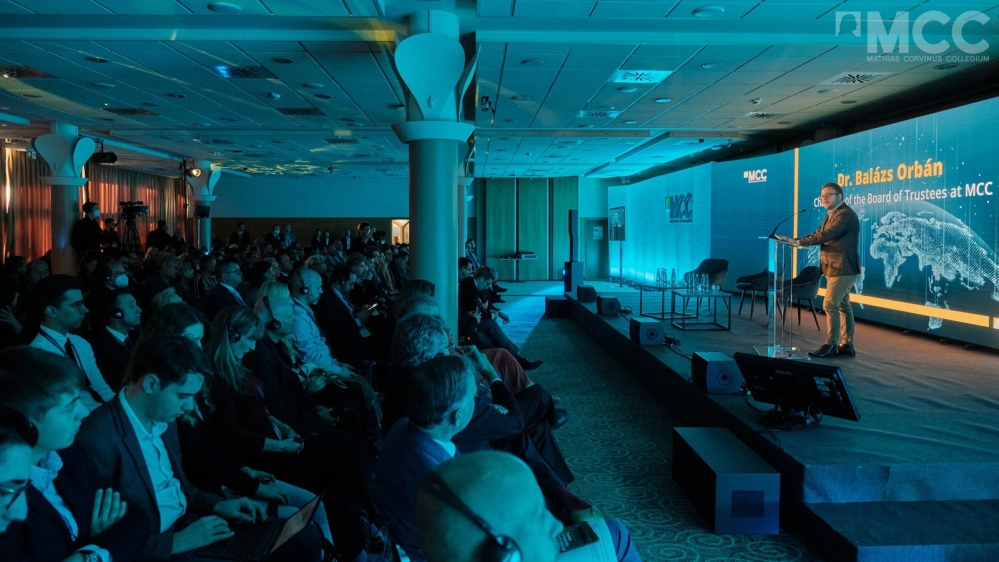 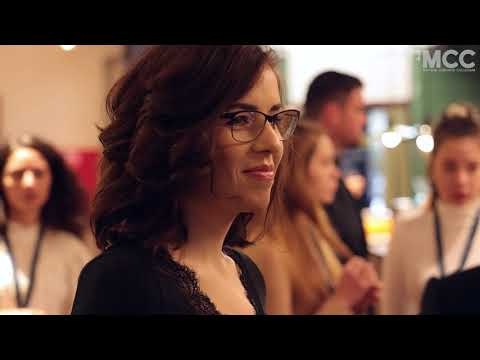