Being good neighbors? - The relationship of the Curia and the Constitutional Court

Home | News | Being good neighbors? - The relationship of the Curia and the...
•
Law School

On 26 November 2020, the MCC School of Law hosted the presidents of the Hungarian Supreme Court, the Curia, His Excellency dr. Péter Darák and of the Constitutional Court, his Excellency dr. Tamás Sulyok for an exciting talk regarding recent years of neighborly relations between these two apex courts. The dual structure of apex courts in Hungary is a result of the 1990 democratic transition, but the powers of these courts, especially in terms of the Constitutional Court, have been significantly transformed by the new Fundamental Law. Through introducing  the constitutional complaint realizing the function of an actual remedy, the Constitutional Court was given power to quash judicial decisions of ordinary courts upon judicial review of constitutionality, something which has once been attempted directly after the transition, without specific legal authorization, thus giving rise to criticism.

Starting out from here, the two presidents introduced the history of the relationship of the two apex courts in detail finishing with describing their long-lasting dialogue in the so-called "police photo" saga (2011-2018) and their take-away from these cases. The theoretical possibility of joining the two courts was also addressed during the conversation, and on a more practical note, regarding actual cases, the apex courts' relationship with the Court of Justice of the EU was also discussed (e.g., whether the CJEU can be defined as a 'lawful judge'). In addition, the stance of the two courts on preliminary ruling procedures and European judicial dialogue was also subject to debate. At the end of the discussion - moderated by. Prof. Dr. István Varga and Dr. Márton Sulyok - based on some questions from students, the issues of remedies in election cases and the constitutional review of local governments' decrees and current issues regarding the membership of the courts were also addressed. The presidents have told the audience many interesting stories and said goodbye at the end of the talk after almost two hours stating that they are open to continue this form of dialogue with the students of MCC. 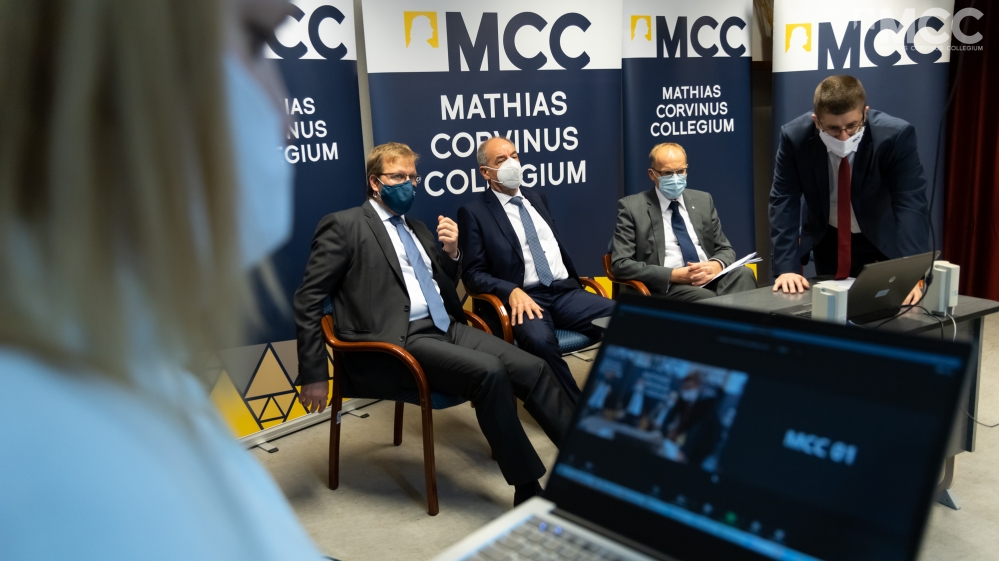 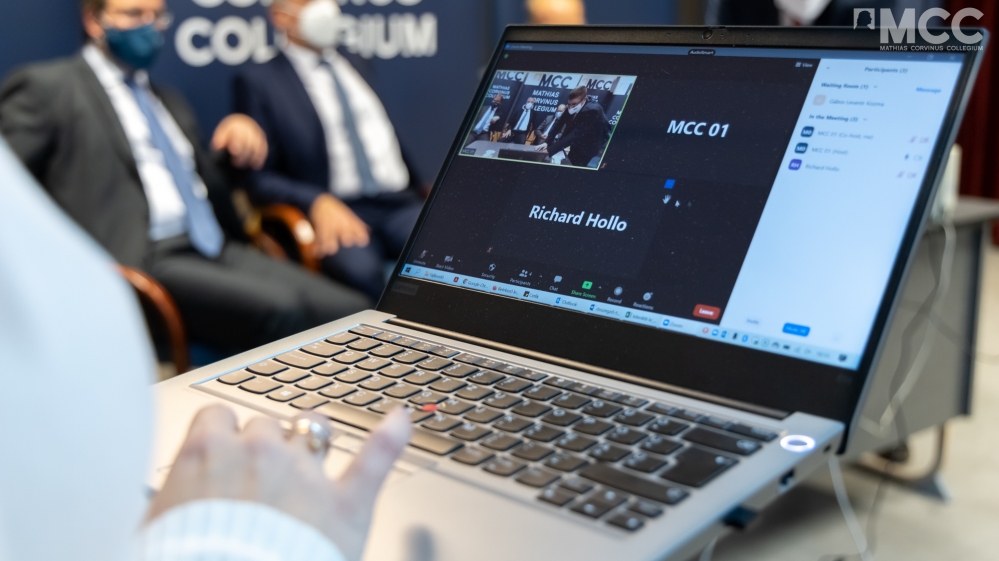 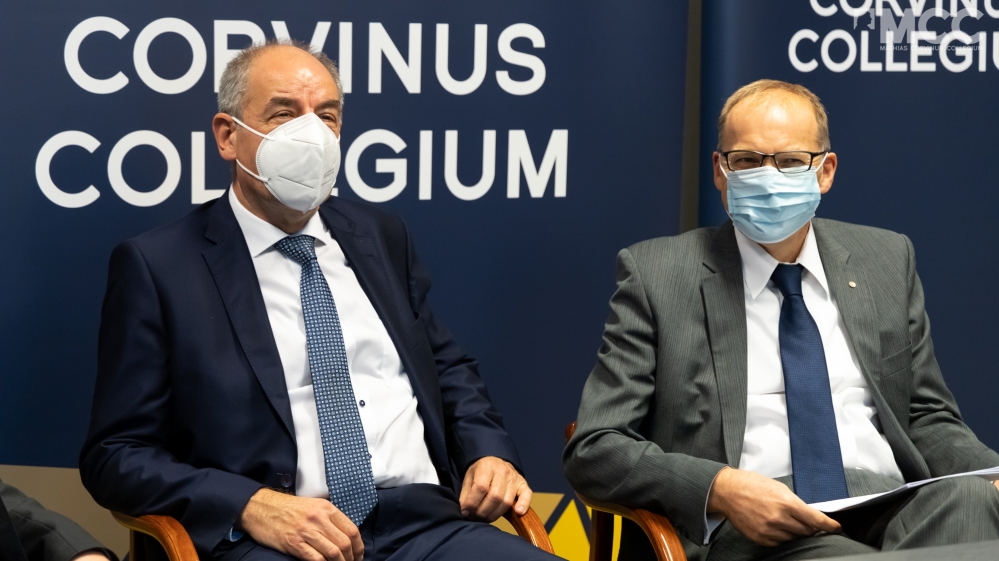 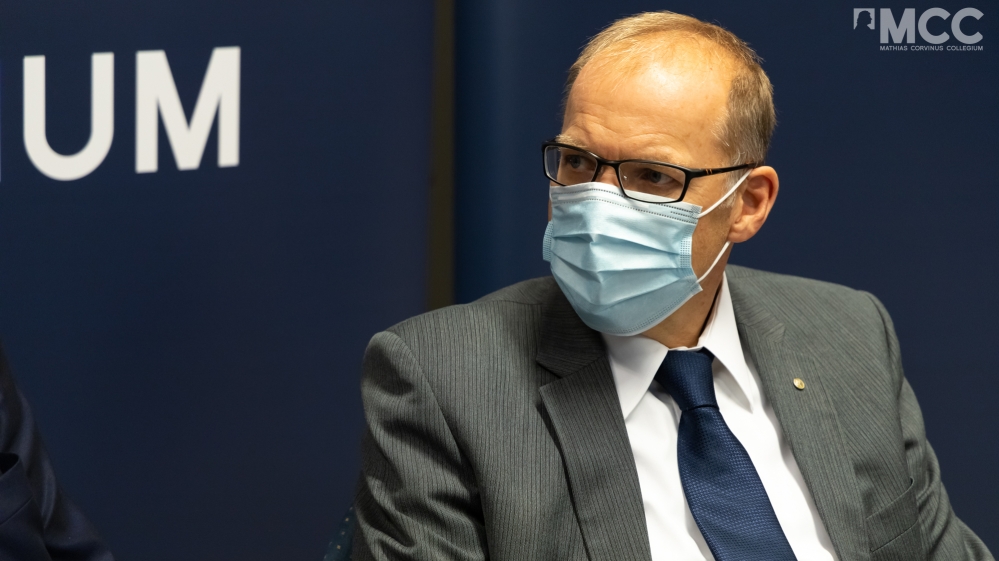 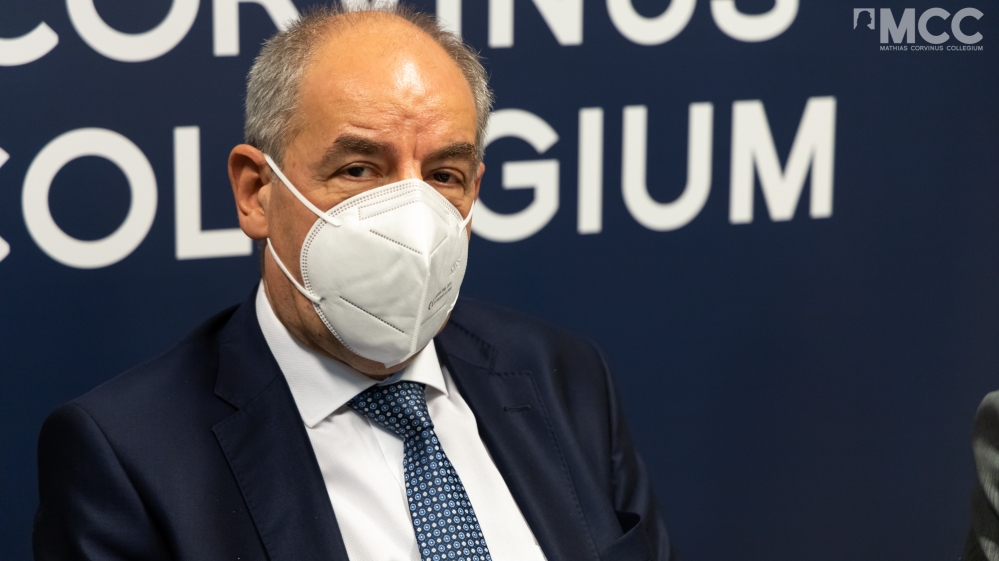 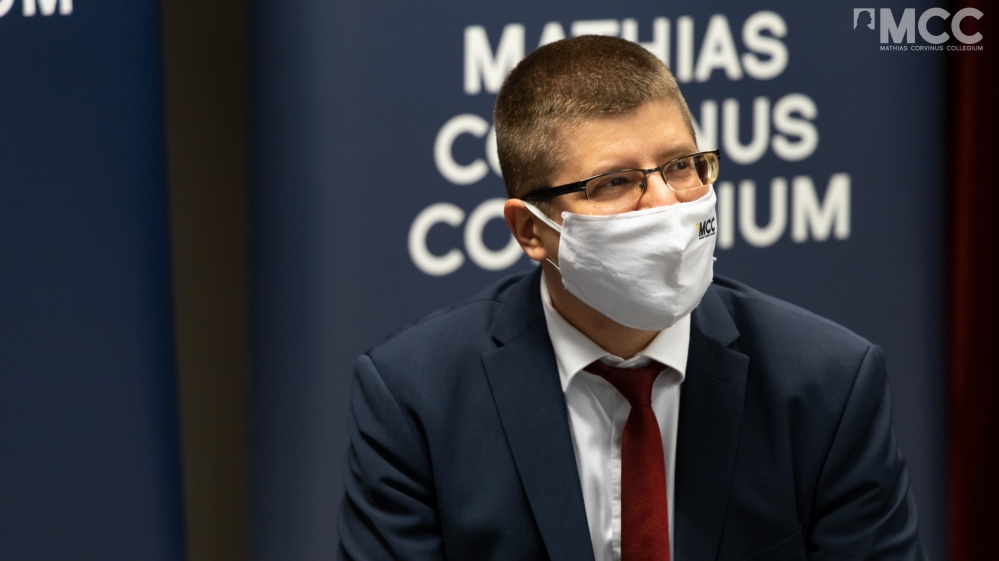 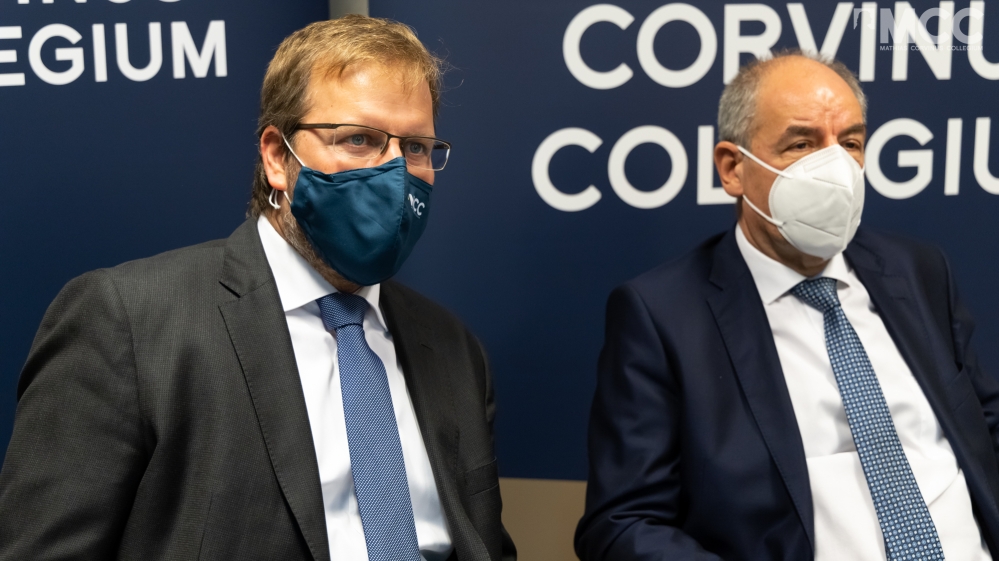 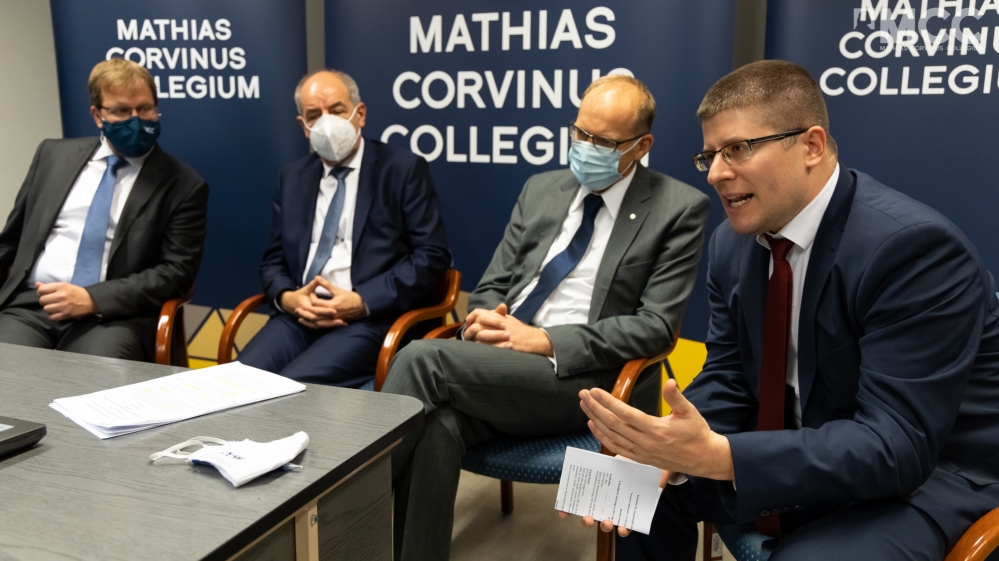 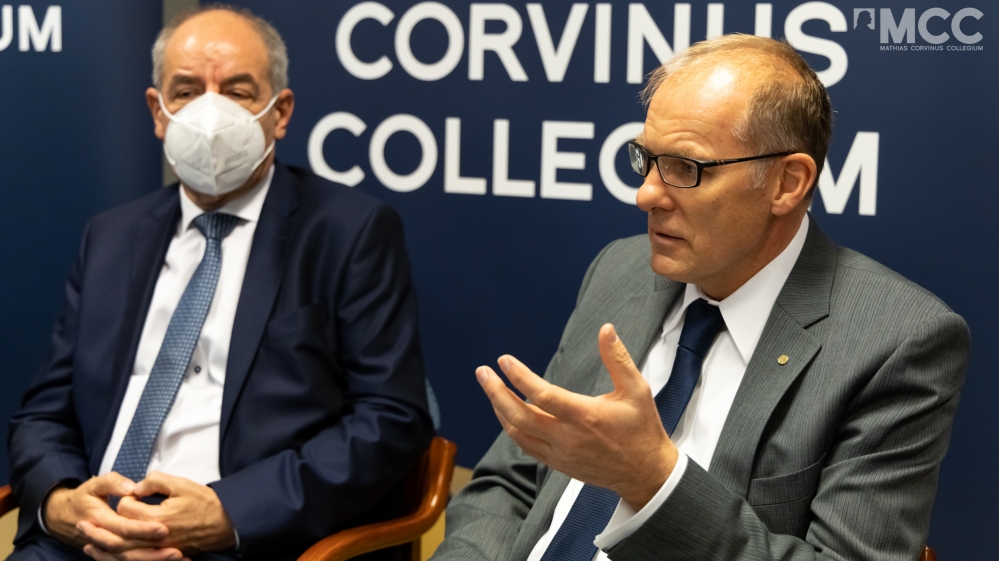