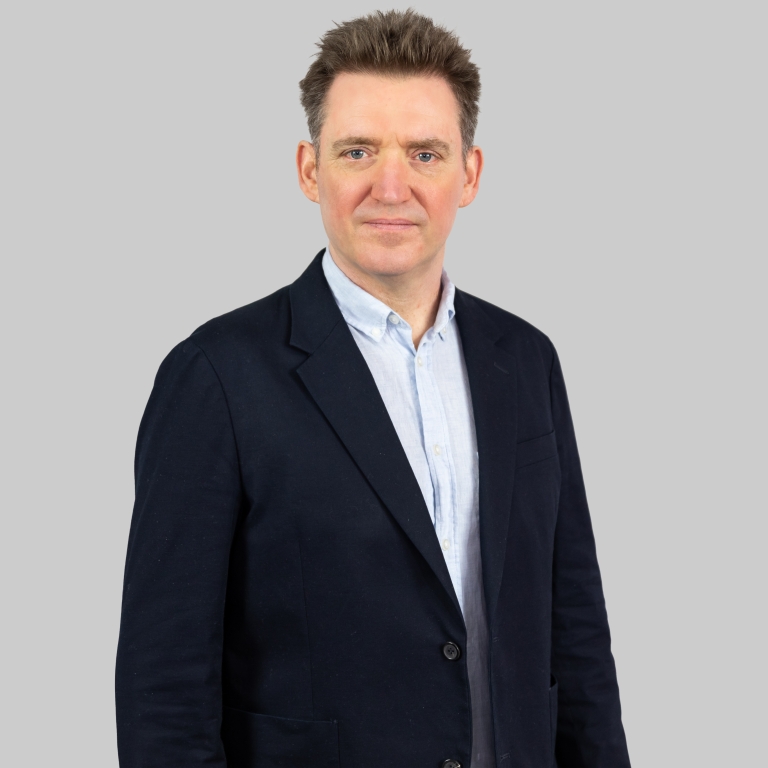 The guest lecturer is a former long-standing reporter on wars and conflicts for the London-based Daily Telegraph and has covered multiple wars and conflicts in the Balkans, the Middle East, Africa, the former Soviet Union and Afghanistan. This background means that he is able to infuse his lectures with authenticity and anecdotes from his own time on the frontlines. He also has many friends and colleagues who are among the best reporters of their generation and can talk about their work to the students with knowledge and insight.

At first glance, the study of war reporting would seem to be a niche topic of little practical benefit to the average student. But an examination of the subject touches many facets of modern life that are essential learning for your minds. Being a war reporter is about balancing multiple different objectives under stress: ethical considerations, unbiased truth-telling, humanity, values, accuracy among others. It is also about operating in a harsh and challenging environment and learning the value in facing down adversity and dealing with loss and suffering, whether your own or others'. Studying war reporting allows for a discussion of these issues in an intense, vivid and accelerated format. Lastly, war is almost invariably the product of a clash of interests and/or values, a dynamic that is the underpinning of current affairs and politics. It offers a microcosm of human nature with all its attendant lessons for students.

Julius is also teaching a course about the global media and the way it covers international stories. As Moscow Bureau Chief for the Telegraph during the early years of Vladimir Putin he was tasked with covering politics, news, features and many other types of story. Each week in this course Julius takes an example of something significant that is happening internationally and gives a talk to his students about the issue and the different ways it is covered by different media. The students then discuss the implications of the coverage. This course also has a skills component, with each student researching and presenting story ideas and writing them up for the following week as a short-form English-language news story.

As well as 15 years in the field as a journalist, Julius has also taught as a guest professor at the University of Alaska for two years and worked as a political officer with the US Marines in southern Afghanistan. He runs a wilderness lodge in Canada (Wild Bear Lodge), gives talks on grizzly bear behaviour and is a certified animal tracker and whitewater rafting guide. He leads trips into the mountains in British Columbia and flies his own airplane.