In the first part of the discussion, the questions of jus ad bellum were explored as the Russo-Ukrainian war is not only waged in the battlefields of Ukraine but also before international judicial fora as well as other institutions established under international law. The international legal experts examined the similarities and differences of international legal references between the current and previous armed conflicts. Subsequently, they outlined the efforts that aim to limit the veto power of the permanent members of the UN Security Council. However, they pointed out that in this question there is little room for legal interpretation of the International Court of Justice. They agreed that addressing this question goes beyond the international law and rather belongs to the larger political issue of reforming the system of the UN Security Council. With regards to the questions of jus in bello, Professor Réka Varga demonstrated the goals and the operation of the International Red Cross along with the challenges it needs to tackle in this conflict. Then, in light of the previous precedents, Professor Bruno Simma considered the international crimes that have been committed during this conflict. Though, Professor Simma also emphasized that the communications during a war many times obscure the clarity and the facts. Therefore, criminal prosecutions need time and patience. In addition, based on the questions from the audience, the international legal experts addressed Russia’s exit from the international human rights mechanisms as well the protection of minorities in the context of this conflict. 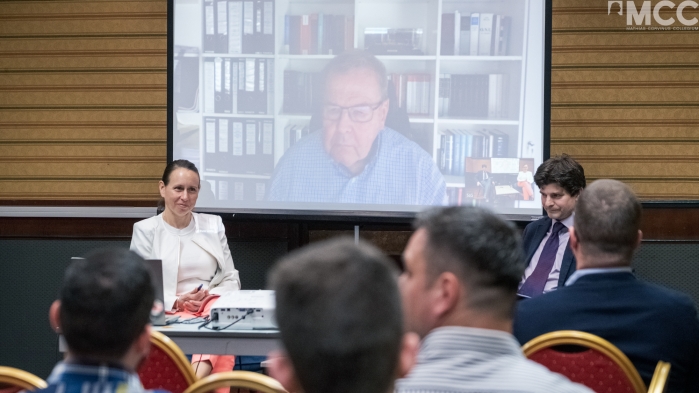 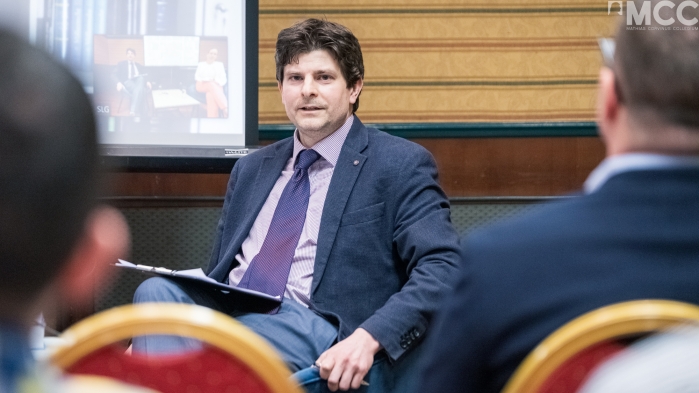 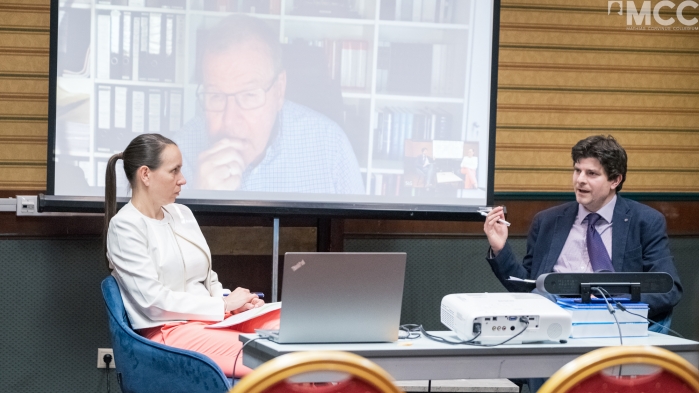 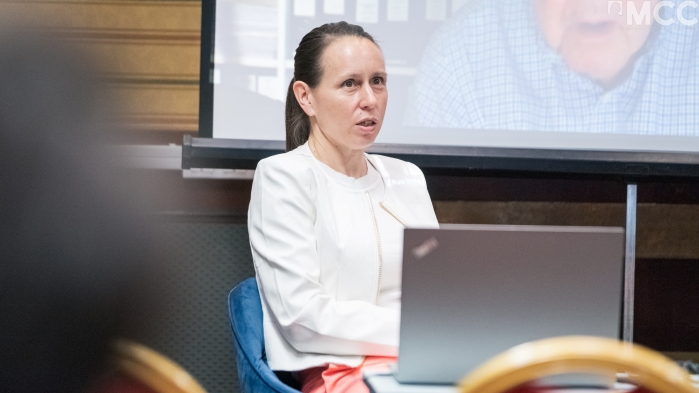