The MCC held a press conference to introduce its expanded academic team, which was joined by internationally renowned guest lecturers from abroad.

Speaking about the results of the MCC's project launched last autumn, Balázs Orbán, Chairman of the MCC Board of Trustees, said that the academic training system had been transformed and new schools and centers had been established.

"This year, the MCC's academic program has its own full-time staff, and we have attracted some of the country's most eminent experts from the fields of politics, economics, business and culture", said the Chairman of the MCC Board of Trustees.

"The primary task of MCC's national and international faculty and researchers is to work with young people of outstanding talent using the institution's unique teaching methodology," said Balázs Orbán.

At the press conference, he spoke about the MCC's plans for this year, its educational and scientific objectives. He provided details about the University Program, the flagship of the institution, and its focal part, the Visiting Fellowship Program.

"With this program, we aim to involve the most prestigious international experts in the activities of MC, and in Hungarian academic and public life", emphasized Zoltán Szalai, Director General of MCC.

"From spring 2021 onwards, participants will arrive to Hungary to teach, conduct research and publish at MCC.

More than 100 people have applied from all over the world, including many from the most prestigious institutions", he added.

In addition to the Anglo-Saxon world and Germany, lecturers and researchers from more than 40 countries, from Mexico to Brazil and Russia, have applied for the fellowship.

Participants represent a wide range of disciplines, mainly social sciences and law, but reflecting the multidisciplinary school system of MCC, visiting researchers include journalists and psychologists.

Given the popularity of the program, we have rolling application acceptance.

Prof. Dr. Zoltán Cséfalvay, is Head of the MCC Center for Technological Futures (School of Economics) from November 2020. Prior to that, he worked as senior researcher at the Joint Research Centre of the European Commission in Seville (Grantholder40 Fellowship, 1999-2020), he served as Ambassador of Hungary to the OECD and the UNESCO in Paris (2014-2018). He also worked as minister of state for economic strategy at the Ministry of National Economy (2010-2014), deputy minister of state for regional economic development at the Ministry of Economy (2000-2002), and presidential advisor at the Hungarian National Bank (1991-1995). In 1999 he habilitated at the Kossuth Lajos University of Sciences, Debrecen, and in 1996 he defended his PhD thesis in Geography at the Hungarian Academy of Sciences. He worked as a researcher at the School of Urban and Regional Planning, Cardiff University (Marie Curie Fellowship, 2008-2010), at the Institute for Urban and Regional Research, Austrian Academy of Sciences, Vienna (1997-1999), Institute of Geography, University of Heidelberg (Alexander von Humboldt Fellowship, 1995-1997), Institute of Economic Geography, Ludwig-Maximilian University, Munich (DAAD Fellowship, 1987-1988), and Institute of Geography, Hungarian Academy of Sciences, Budapest (1983-1990).

Dr. Péter Hahner, historian, Head of the MCC-Rubicon Center for History, Associate Professor. His research focuses on the history of revolutions, the French Revolution. Between 1978 and 1980, he was a Hungarian major at Eötvös Loránd University (ELTE), and from 1983 to 1985 he studied history (ELTE), Hungary. He defended his PhD thesis in 1996. From 1977 he worked for two years as assistant librarian at the Nemzetközi Előkészítő Intézet (International Preparatory Institute), and for another two years as public culture manager at the Fővárosi Moziüzemi Vállalat (Budapest Cinema Company). In 1981 he became assistant editor of the Akadémiai Kiadó. Since 1985 he has taught history at the University of Pécs. In the same year, he published his first book on the taking of the Bastille. In 1994, his Hungarian translation of Alexis de Tocqueville's The Old Regime and the Revolution was published. In 1998, he became a member of the Society of History Teachers. Between 2001 and 2018 he was Head of the Department of Modern History at the Faculty of Humanities of the University of Pécs. His main research interests are the history and historiography of the French Revolution. He is the author of several bestselling books, including the 100 történelmi tévhit (100 historical misconceptions) which became the first part of a book series. His research and publications have made a major contribution to the field of History and expanded the knowledge of the history-loving public.

Rodrigo Ballester is the Head of the MCC Center for European Studies. He holds a law degree from the University of San Pablo, Madrid, and a Master's degree in European Union Law (LL.M, mention très bien) from the Institute of the College of Europe (2002). He started his academic career there as an assistant lecturer and two years later he joined the US law firm Latham and Watkins, specializing in European competition law. He then continued his career at the European Parliament, where he worked for two years in the Legal, Market and European Home Affairs Section of the Spanish delegation of the European People's Party (Partido Popular). In 2008, he continued his career at the European Commission. From 2011, he worked for the Directorate General for Migration and Home Affairs, where he was responsible for the external aspects of the EU's migration policy towards Morocco and Sub-Saharan Africa. From November 2014 to December 2019, he joined the Cabinet of EU Commissioner Tibor Navracsics at the European Commission, where he was responsible for elementary and secondary education. Since 2010, he has been a visiting lecturer in EU law at the Institut d'Etudes Politiques in Paris.

Dr. Bence Bauer LL.M. was born in Budapest in 1979, but lived in Germany for more than twenty years, where he studied law and passed his bar exam. In Hungary, he holds a postgraduate degree in Comparative Political Science and Law from Andrássy University. He worked for the Office of the Konrad-Adenauer-Stiftung in Budapest for ten years as project coordinator and deputy head of office. He was responsible, among other things, for training programs, traineeships and scholarships, partnerships, policy briefings and materials. Prior to that, he was the first Central European in Brussels to lead the European Democrat Students, the largest political student association in Europe, and in this capacity he was also a member of the EPP's Political Assembly. On 1 December 2020, he joined Mathias Corvinus Collegium as Director of the newly established Hungarian-German Institute, where his role revolves around German-related public policy issues, providing a forum for them, and also in reverse. Above all, the Institute’s objective is to contribute to the political and scientific dialogue, talent nurturing and European-level networking, as well as the development of Hungarian-German relations.

Journalist, opinion leader, the founder and editor of American Greatness. He is contributing opinion writer to The New York Times, has written for The Washington Post, The Spectator, Mandiner, USA Today, The Hill, The New Criterion and other publications. He is a frequent contributor to Fox News, NPR's Morning Edition, the PBS News Hour and appears regularly on CNN. According to the National Journal, he is one of 50 people whose work has made a positive impact and generated dialogue in Washington. He is the author of the book "Trump vs The Leviathan" and co-author, with Seth Leibsohn, of "American Greatness: How Conservatism, Inc. Missed the 2016 Election & What the Establishment Needs to Learn". He is also an entrepreneur who has built and sold businesses in financial services and digital marketing.

A Hungarian-born English writer, he graduated from Cambridge University and worked as a correspondent for the Daily Telegraph in Budapest between 1988 and 1990. His first, Hungarian-related novel, Under the Frog was awarded the Betty Trask Prize in 1992 and was shortlisted for the Booker Prize. He is a regular contributor to The Guardian, The Telegraph, Daily Mail and his works have been translated into twenty-five languages. He is known for his black humor, and many of his books, including Under the Frog; The Thought Gang, Don't Read This Book If You're Stupid, The Collector Collector, Good to be God, The Hungarian Tiger were translated into Hungarian.

Gladden Pappin is Professor at the University of Dallas, co-founding editor of the journal American Affairs, political scientist and researcher. He is the recipient of the Thomas Temple Hoopes Prize. His research interests include contemporary politics, the roots of modern politics, and the role of innovation and technology in politics.

Lee Strang is Professor of Law at the University of Toledo. He studied, inter alia, at Harvard Law School. He conducts research on the "originalist" interpretation of the US Constitution and has written a book on the subject entitled "Originalism's Promise: A Natural Law Account of the American Constitution". He is the author of numerous scholarly articles. 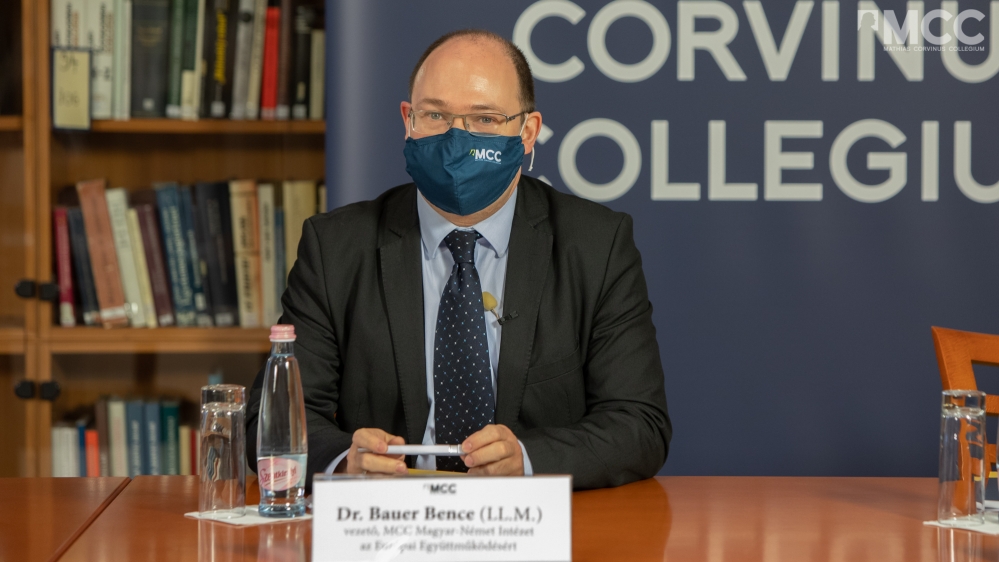 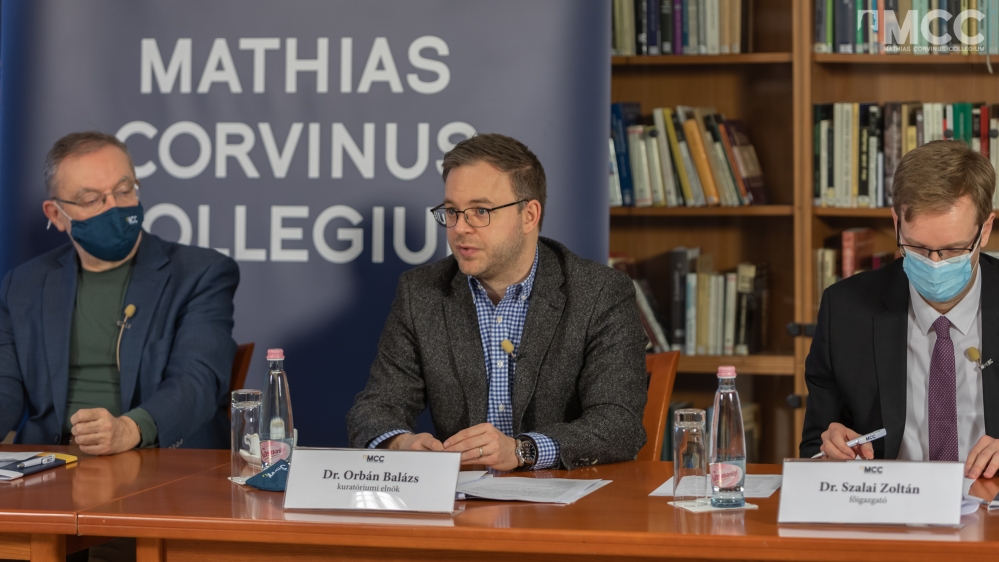 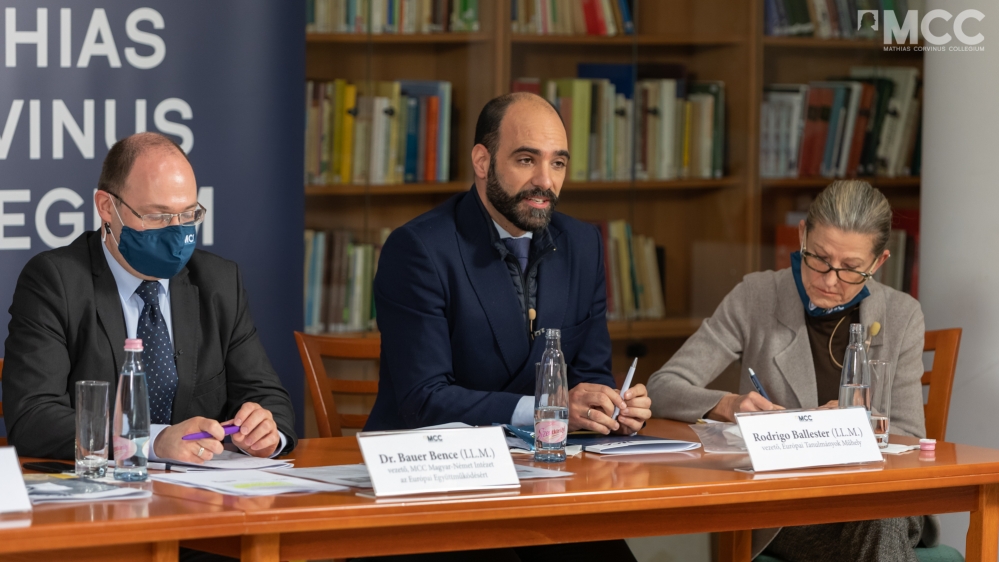 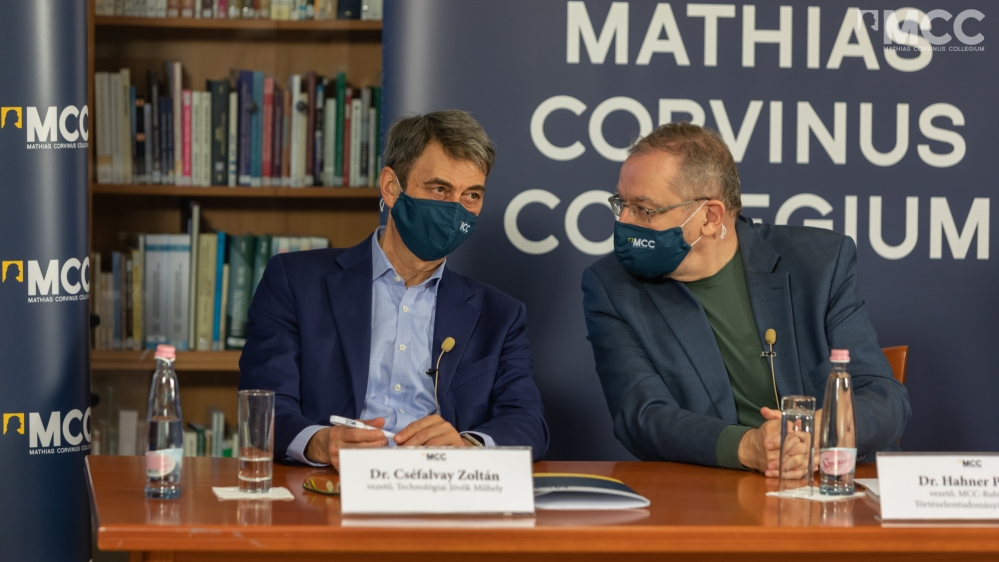 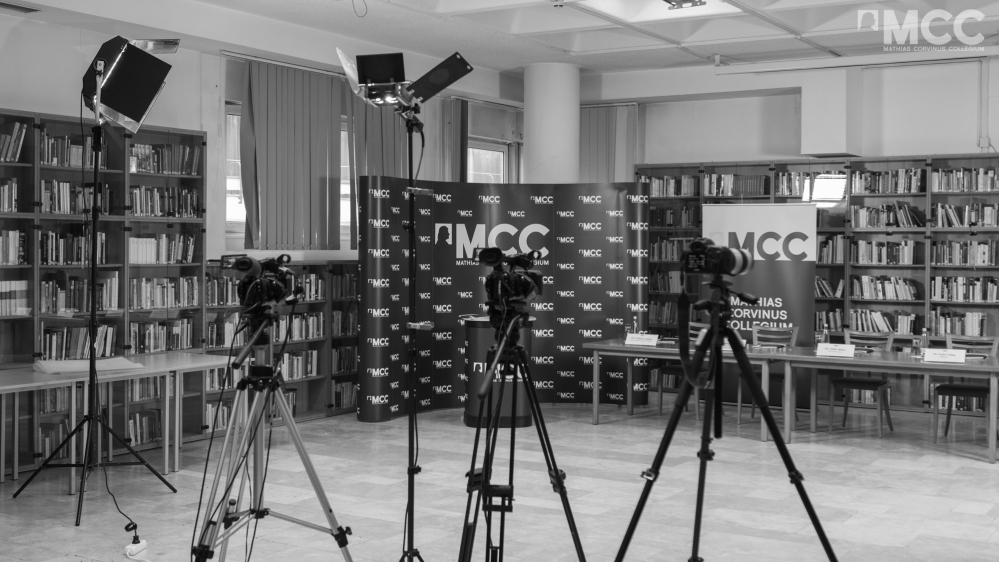 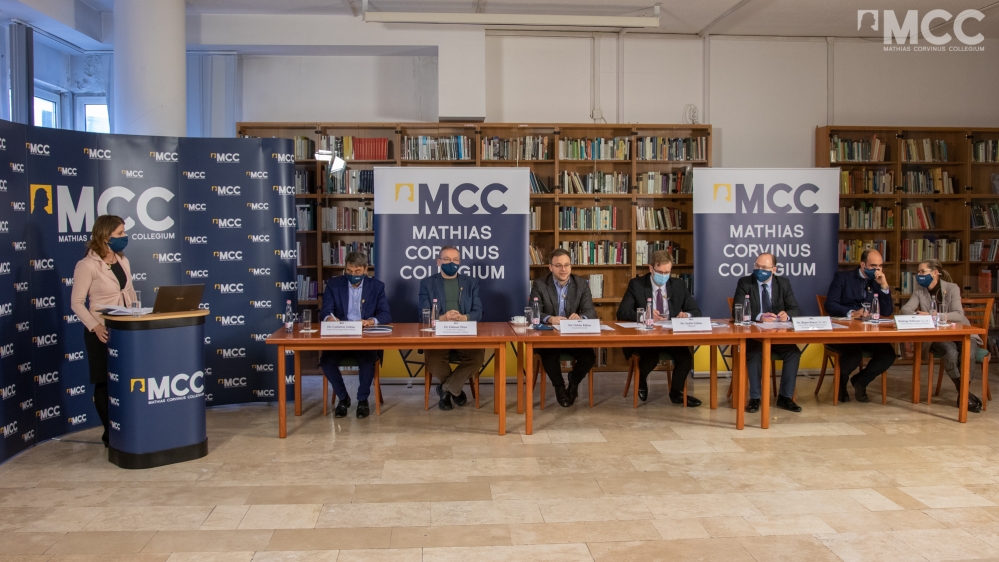 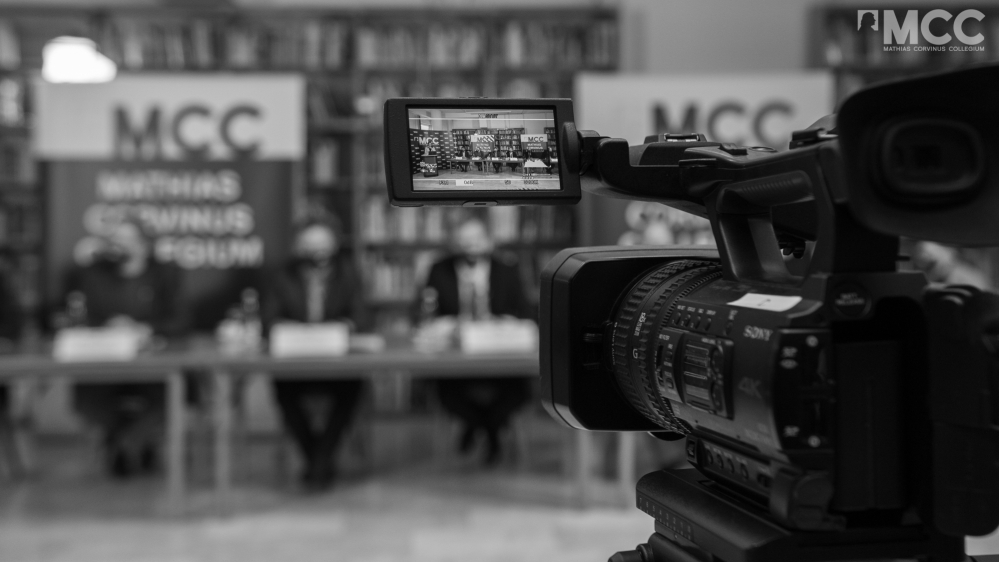 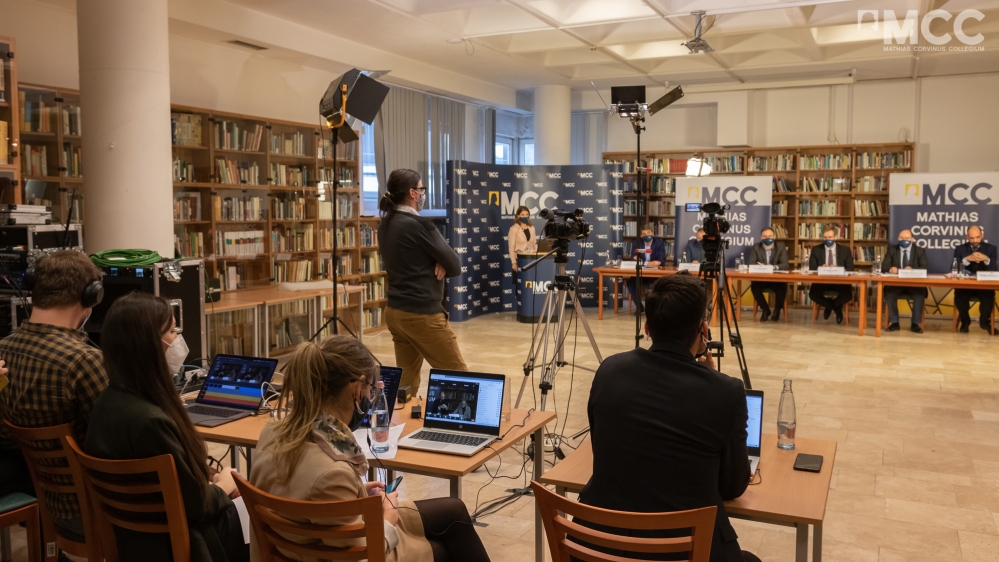 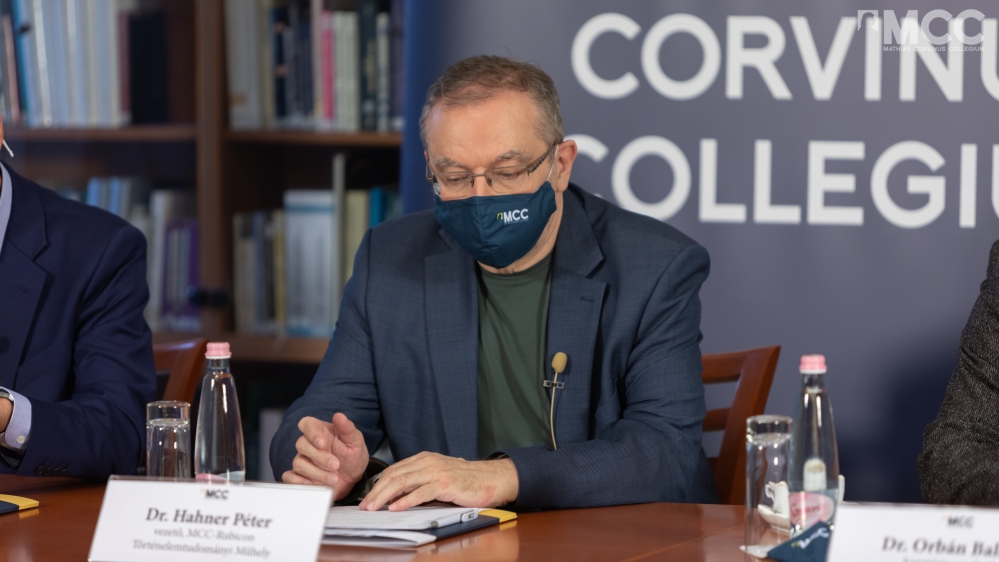 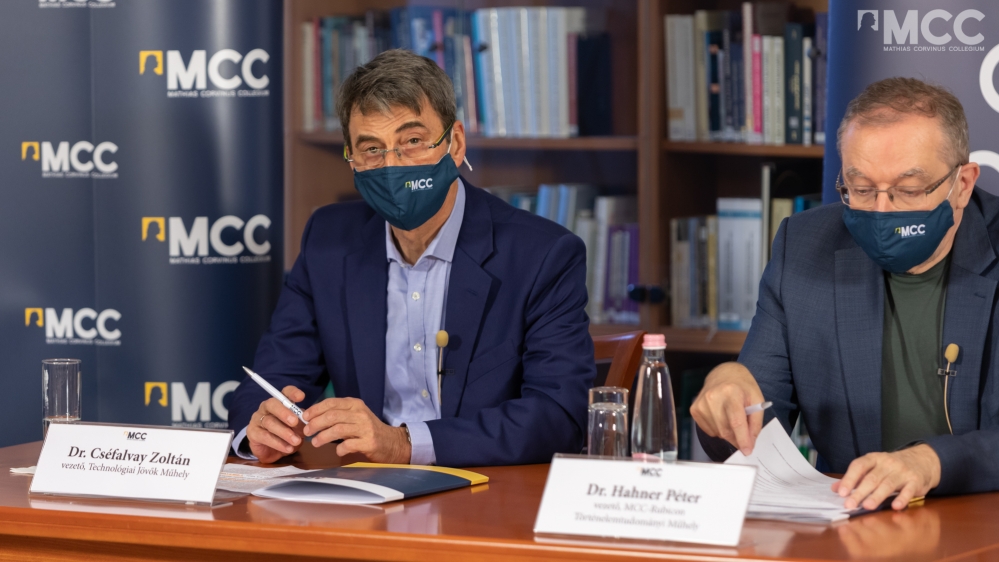 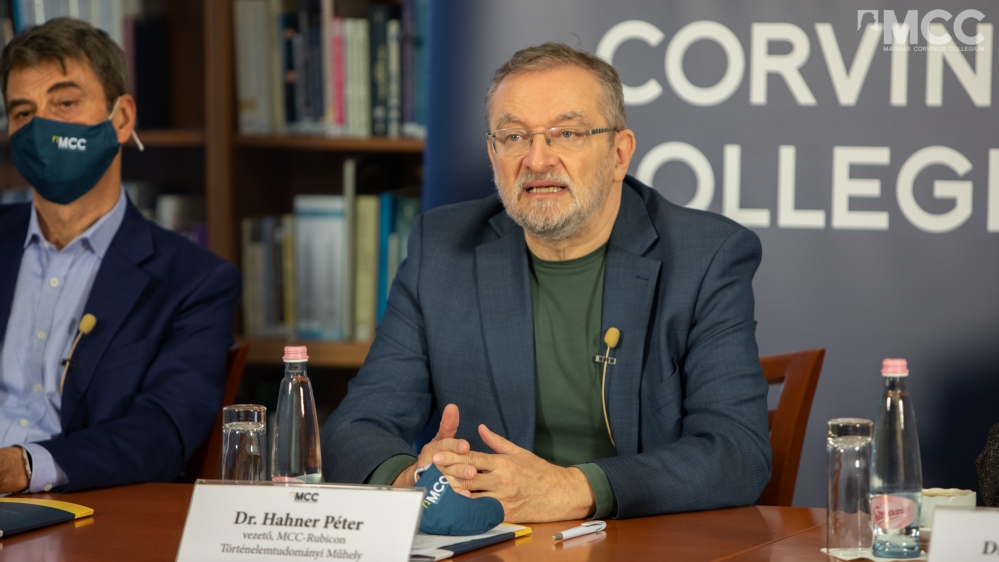 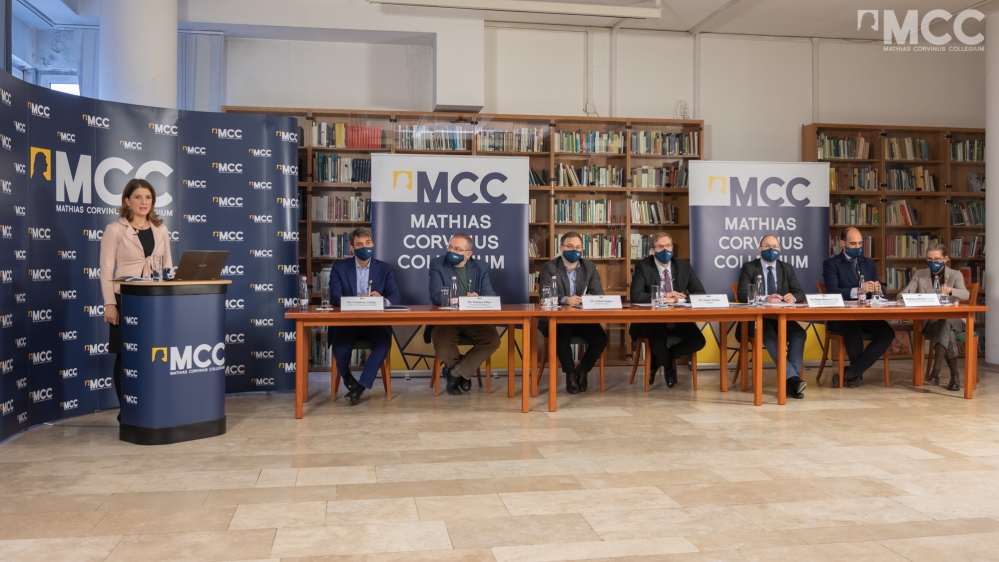